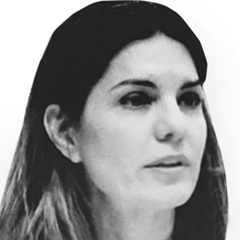 Westernised, elite, home-breakers as well as Zionist and RAW agents — none of these accusations are new for women’s rights activists. Sadly, those who hurl these slurs are no longer restricted to conservatives, Islamists or nationalists. A new breed of’ post-feminist bloggers-turned-journalists’, condemn women’s rights and NGO activists — assuming them to be “saviours” of women survivors of violence.

Allegations and motives are pinned with an enviable confidence but often based on ignorance of the details of the cases of these survivors. The critics seem inexplicably furious when women are ‘rescued’ or celebrated for serving causes afterwards. They worry about the reputation of poor Muslim men in comparison.

It has been nearly five years since the assassination attempt but the relentless Malala-anxiety is not over. Earlier denial has been taken over by the paternalistic fear that she is being exploited to both serve the western imperialist agenda as well as to redeem Pakistan’s image.

It is particularly disappointing that Miranda Husain would use her privilege as deputy managing editor to repeat this bias. In her opinion piece, (Appropriation of brand Malala, Daily Times, April 15) she uses column space to rehash her benevolent objection to how Malala and Mukhtaran Mai are exploited by “western-educated elite feminists”, whom she describes as “brown memsahibs” wishing to “promote their careers”.

This is ironic, given that the current editor of the newspaper is a survivor of an assassination attempt by a terrorist group and was provided refuge in a western country himself. The support of the same brown saviours that Ms Husain denounces was invaluable to securing his safe passage. But then — he’s a man. And the objection to the rescue narrative is only reserved for women survivors.

Such criticism strips women like Malala and Mukhtaran Mai of all agency, free will or intelligence. It considers them simple guileless puppets or cunning opportunists who have allowed themselves to be exploited by Pakistan and western states. It implies that Malala is guilty of complicity with “controversial” western agendas (such as, promoting girls’ education). Husain also repeats outdated objections to the “brown memsahibs” of urban women’s groups (an English speaking liberal club of which she is surely not a member).

Husain pleads that Malala might be able to recapture her lost childhood that “we” have stolen” and which led to her being thrust into the “global spotlight”. Clearly, unambitious Malala seems very uncomfortable and inept at handling the fame and honour. Husain hopes Malala might be able to “shun” all this unworthiness to instead become the conformist lady that we (and the Taliban) would like all Pakistani women to be.

There has been considerable internal criticism of the co-opting of liberal causes by neoliberal market forces and the NGO-isation of the women’s movement. Yet a more nuanced approach is needed. Thus a few points of clarification may help in this regard.

NGOs and activists are not exclusive players in the rescue narrative. The Pakistani government facilitated Rimsha Masih’s exit overseas to protect her from vigilante backlash against false allegations of blasphemy. Foreign governments routinely save dual nationals from forced marriages in Pakistan. One of the recently disappeared bloggers gained asylum in a western nation after recovery. Some women journalists have been vocal against the “rescue narrative” but when in trouble, have appealed and been rescued by western embassies with no humility at all. Unlike their comrades stuck at home, these brave hearts live to advise us from their safe havens in Europe, to please stop saving women because it gives poor, rural Muslim men a bad image in the West.

Stepping off the moral perch will allow critics to see how women are routinely killed for exercising agency and the one who is accused of blasphemy can never be safe even if proven innocent. They will learn the dangers of fighting blackmailing Islamists and that after exhausting other possibilities, a handful of activists sometimes resort to arranging asylum for survivors in western countries. Does this make them self-gratifying memsahibs? When even judges who have dared to acquit those accused of blasphemy have been murdered — intervention is the most risky, selfless and courageous act. It is one that many patriots, lawyers and charitable Muslim men routinely refuse.

If these critics were to wade through these murky waters with the activists they would find a high number of young, lower-and middle-class, non-English speaking women activists who flood the urban women’s movements and NGOs today. They may be relieved to find that these “brown memsahibs” lose hundreds of victims compared to ‘saving’ a few survivors. They may be reassured that the majority of survivors of violence do not emerge victorious and strong and resilient but are broken, compromised and give up their struggle half-way down the very, very long road for justice.

Malala’s and Mai’s fathers supported their daughters but their male attackers committed crimes justified by patriarchal purpose. Their class or status is neither the motivation nor an excuse to exonerate their injustices.

Deeper understanding of these issues will permit critics to put aside their conceit and value the women who fight relentlessly for justice — justice, that is, not merely for themselves but for other women. Icons such as Malala and Mukhtaran Mai achieve their status not because they are “poster-girls”. But, rather, because they are living proof of the possibility of survival amid the brutal sea of injustice that women will continue to swim against until the tide eventually begins to turn.

The writer is a scholar and activist based in Karachi, she can be reached at afiyaszia@yahoo.com