Why didn’t the Muslims choose a ‘Maulana’ as the founding father of Pakistan?

There is no denying the fact that while many religious scholars actively participated in the Pakistan Movement, it was Jinnah who became Quaid-e-Azam. He did not need piety to enhance his persona and preferred human rights over Islamic jurisprudence 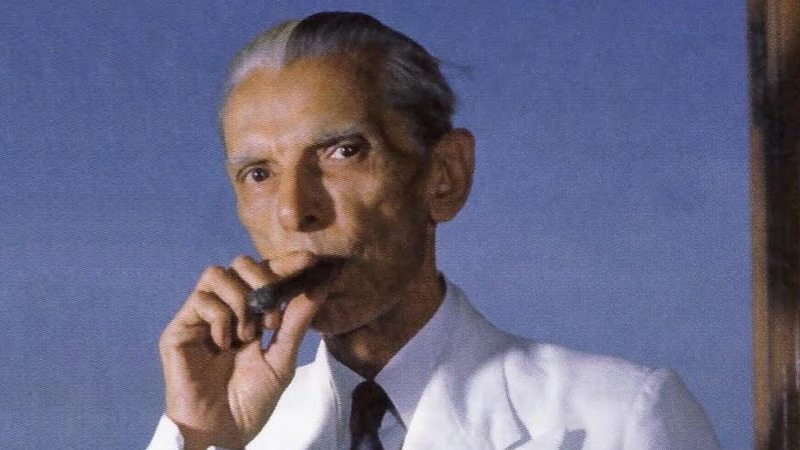 The amendment in the constitution of Pakistan regarding Khatam-e-Nabuwat (SAW)roused the sentiments of many in Pakistan. So the government decided to restore the clause in its previous form. The people of Pakistan are quite sensitive about their religion. They can tolerate the injustice done by the government and corrupt politicians but a slight change in the constitution regarding their Prophet is intolerable for them. Though the state has, at present, resolved the issue by signing an agreement with the protestors, this chapter is far from close.

Every day you see urchins and drug addicts sleeping on the footpaths of Lahore’s Mall Road. Nobody seems to care about what Prophet Muhammad (SAW) would say when he found people of his ummat in a state of hunger, shivering from the cold with no one to offer them a blanket or even a piece of bread. Nobody pays attention to what He (SAW) said or taught, but these angry people were ready to give up their lives for the sole reasonthat the constitutional amendment created a possibility of a non-Muslim becoming the Prime Minister of the country.

Fireworks, sparkling lights, loud speakers, camel rides and crowds of men – it was not a wedding ceremony but a demonstration-cum-celebration. Trucks full of men marched on Lahore’s Mall Road. In the morning they cursed their former Prime Minister on loud speaker, in the evening they celebrated the Prophet’s birthday.

We have two broad arguments. The first is that Jinnah wanted a pure Islamic state in which ‘Shariat’ would be enacted. If this was the idea of Jinnah then why did he not support the Khilafat Movement? Why didn’t he excite Muslims for Jihad the way the Maulanas of the time did?

The moods of the Maulanas changed with the setting sun, but the suffering of the urchins on Lahore’s Mall Road remained constant. The sufferers didn’t know that Pakistan was created forMuslims so they could practice Islam. Some didn’t even know what it meantto ‘live life according to the teachings of Prophet (SAW)’. But they didunderstand that when they got a piece of paper with a photo of a man in a triangular-shaped cap, it could fill their empty stomachs.

Someone hadtold them that theman on the paper who could fill their empty stomachs wasBaba-e-Pakistan, the Father of Pakistan. They believed it because only ababa couldcare about his children and feed them.

But they’re not the only ones who could not recognize the Father of Pakistan. Over the years, we’ve also come to forget who that man was and what he stood for, his original self having been replaced by a phony figure built on mythology and sustained by propaganda.

He used to drink whisky and smoke the finest of cigarettes. He married a woman of another faith, popular for wearing backless blouses paired with hersari – an item thateven film stars of the time wouldn’t wear. Tragic circumstances led them to a divorce but he cried on her grave before leaving India.

Jinnah was a fashion icon of his time. He used to wear the most expensive brands and lived a lavish life. He used to dine with non-Muslims and did many things forbidden in Islam. When he died, there were two hundred tailored suits in his wardrobe. 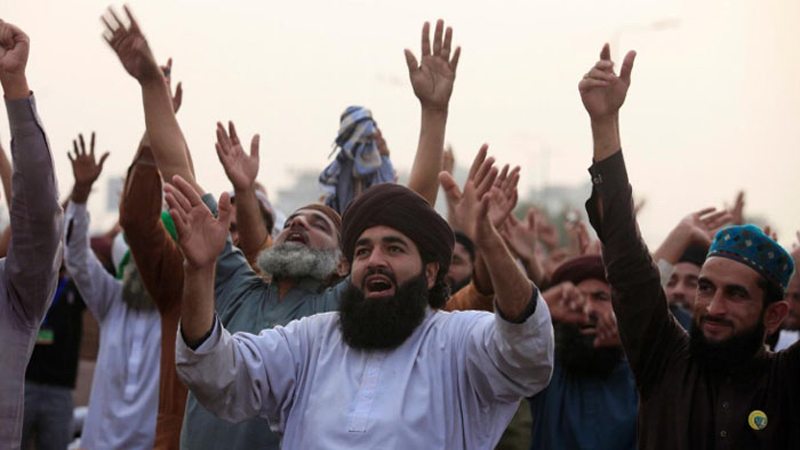 Jinnah’s personality contradicts the idea of the founding father of an Islamic state. It has been claimed by parties of the religious right that Pakistan was created in the name of Islam. Therefore, the constitution of Pakistan should be according to Shariat. If it were so, why did Muslimschoose an alcohol drinker as the father of Pakistan?

A leader is not a prophet and Jinnah was not an Islamic scholar. He was not a symbol of perfection but determination. He did not need piety to enhance his persona. He preferred human rights over Islamic Jurisprudence and it was due to this fact that he became Baba-e-Quom.

There is no denying the fact that while many religious scholars actively participated in the freedom movement of Pakistan, it was Jinnah who became Quaid-e-Azam. This is to say that the private life of a person has nothing to do with his public identity as long as he is honest with the people and does not compromise on his ideology.

Similarly, Gandhi was not a Brahman like Nehru. But Hindus call Gandhi their Bapu. Hindus are notorious for their caste system but when it comes to their spiritual affiliation they honour Gandhi more than Nehru. Gandhi was also not a rigid Hindu. He used to keep the Geeta, Quran and Bible with himself and recite verses from all of them in his evening sermons.

Why is it that both India and Pakistan are renowned for their religious identities but their founding fathers were not rigidlyreligious? Hindus wanted to revive Vedas and Muslims demanded a separate Islamic state, but their choices of leaders contradict their demands.

The other argument is that Jinnah wanted a secular Pakistan, in which religion would be the personal matter of an individual and the state would have nothing to do with his or her faith. ‘Freedom’ would be the fundamental principle. This option seems more reliable on the basis of Jinnah’s support for the freedom movement rather than the Khilafat Movement or calls for Jihad

Today it has become a cliché to say that we need the Pakistan of Jinnah. But what was the idea of Pakistan in Jinnah’s mind?

At this point, if we don’t go into details, we have two broadarguments. The first is that Jinnah wanted a pure Islamic state in which Shariat would be enacted. If this was the idea of Jinnah then why did he not support the Khilafat Movement? Why didn’t he excite Muslims for Jihad the way the Maulanas of the time did? Above all, why didn’t he impose Jizyah on non-Muslims after Pakistan came into being?

The other argument is that Jinnah wanted a secular Pakistan, in which religion would be the personal matter of an individual and the state would have nothing to do with his or her faith. ‘Freedom’ would be the fundamental principle. This option seems more reliable on the basis of Jinnah’s support forthe freedom movement rather than the Khilafat Movement or calls for Jihad. He clearly stated that all people are equal citizens of Pakistan. Their faith is not the business of the state.

These days there is a tug of war between these two visions of Pakistan. The interesting fact is that both claim Jinnah as their ideal. Those who support an Islamic state argue that if Jinnah wanted a secular Pakistan, whywouldhedemand a separate land for Muslims given that Nehru and Gandhi were already working for a secular Hindustan? On the other hand, supporters of a secular Pakistan argue that Jinnah demanded a separate homeland for Muslims because under the circumstances of a weakening British Raj and a looming power transition, it had becomeimpossible for this faith community to live in peace and harmony with the Hindus. Muslims didn’t demanda separate homeland because they couldn’t practice their religion in India – they could and still can. They sought Pakistan because their political and economicstatus was threatened under the rule of majoritarian and fascistic Hindu groupswhom the Congress had failed to control. 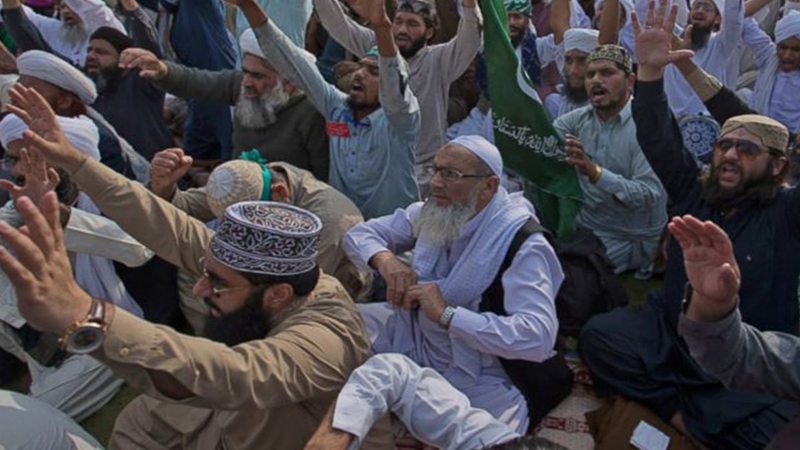 Both of the narratives can be justified but this one fact can’t be denied: Muslims chose a determined leader and not a ‘Maulana’, as the founding father of Pakistan.

Keeping in view the current situation of Pakistan, it is the leadership quality that matters, not the religious affiliation. In the end, it’s not about who the people choose. What matters is that theyget to choose.