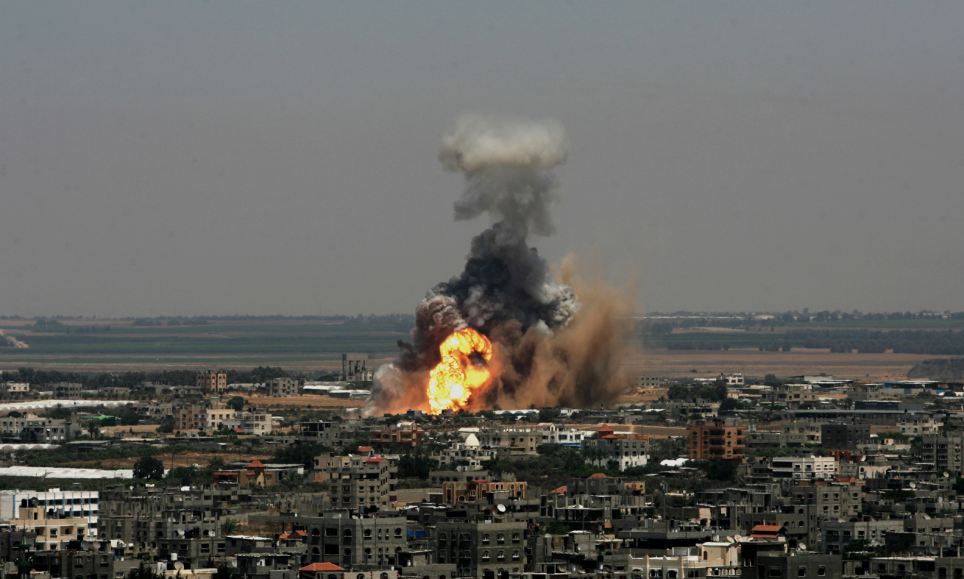 Israel carried out a series of air strikes against Hamas group in Gaza early on Thursday, the army said, hours after more rockets were fired from the Palestinian enclave.

The Israeli army also announced it would close the border crossings between blockaded Gaza and Israel — Kerem Shalom for goods and Erez for people — from Thursday “due to the security events and in accordance with security assessments”.

A military spokeswoman could not say whether the closure would be for one day or more. In a statement, the Israeli army said it had targeted three Hamas military facilities in different parts of the Hamas-controlled Gaza Strip.

“The military facilities were used as training and weapons storage compounds,” the army said. “This was in response to the projectiles fired at Israeli territory from the Gaza Strip,” the statement read.

There has been an uptick in violence from Gaza since US President Donald Trump announced he would recognise Jerusalem as Israel’s capital last week. There have been 12 projectiles fired at Israel from Gaza since December 6, with Israeli retaliatory strikes targeting 10 sites in the Palestinian enclave.

The recent rocket fire has not caused any casualties in Israel.

While an increase in rocket fire preceded the 2014 Gaza war, Israeli Defence Minister Avigdor Lieberman played down the significance of the recent launches on Thursday.

During a tour of Sderot, an Israeli town lying a short distance from northern Gaza and where rockets have often struck, he called it “a result of internal Palestinian struggles between different organisations”.

One of the recent rockets hit a kindergarten in Sderot, but it struck at night and no one was hurt.

“I hope the residents of Gaza will force their leadership to invest their efforts and money in improving the strip’s economy rather than digging tunnels, producing rockets and firing them at Israel,” Lieberman said.

Since unrest erupted last week over Trump’s declaration, four Gazans have been killed, two in clashes along the border and two Hamas militants in an Israeli air strike. One Israeli has been seriously wounded in a stabbing attack in Jerusalem.