The radicals have used religion to stay relevant

Radicalisation of religion and ideas has become a norm in our society, and people who do not conform to the thought process of misguided, shallow, and wrongly revered leaders are considered outliers.

Radicals conduct themselves on the premise that since life is a battle, there is no such thing as morality as long as they can get what they want

They are made to feel as if their acts amount to an abomination, and transgression. They go to high levels to reproach these people by wanting to issue death warrants on them. A person cannot freely express their opinion, without fearing backlash from such groups and if an individual makes a fair comment; which goes against the thinking of the radicals, they often have to face dangerous repercussions.

Radicals conduct themselves on the premise that since life is a battle, there is no such thing as morality as long as they can get what they want. They believe that ‘All is fair in love and war.’

All they care about is the result. It does not matter how they got there, what matters is the outcome, and no matter what it might encompass; it is fair in their ideology.

If radicals can value their thought process and ideological philosophies so highly, why can’t they give due diligence to understanding the opinions and way of life of others? For them there is no such thing as ethics.

Ethics is something which can be stretched and devised according to their proclivity, and determines whether one is winning or losing. 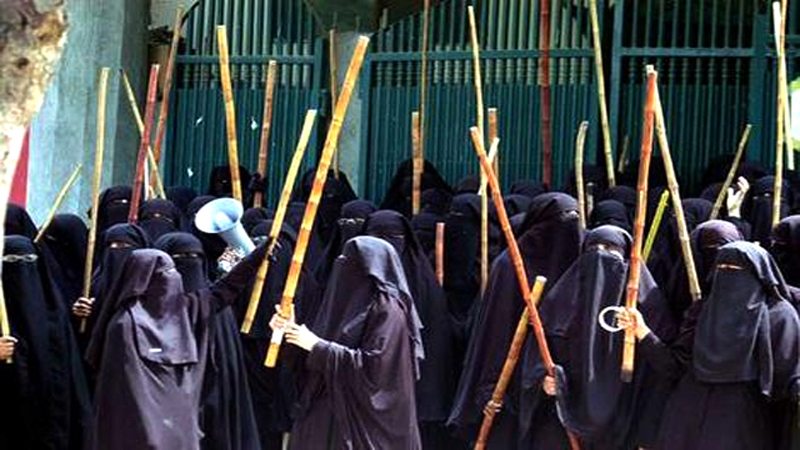 Radicals under the guise of religious covenants build up radical anger amongst the crowds, without any policies or a defined direction to steer their anger. Once the fulfillment of their agendas or their propensity to create anarchy reaches its full potential, and their hunger for power has somewhat satiated, they retreat back into oblivion; designing their next devious move, to usurp their followers and to forcefully extract from the government what’s not theirs.

For gaining widespread respect and dignity, and to give their failed lives a purpose and direction, the radicals have used religion to stay relevant. They readily play with people’s religious sentiments to gain widespread favour, and to further their idiosyncratic schemes.

Radicals are destroying our way of life and are interconnected, organised, and willful. They know how to create havoc and divisions within our society. They will continue to keep using religion to create crevasses within our society, and we will continue to abide to their imposition of authoritarian, tyrannical rules and regulations, since we are scattered and have begun accepting defeat.