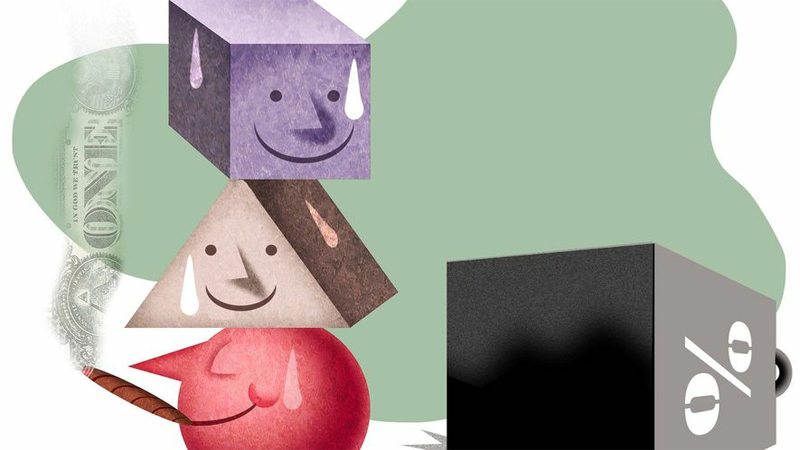 Earlier this week House Democratic leader Nancy Pelosi predicted somewhat apocalyptically that passage of the Republican tax bill would quite simply mean “the end of the world.” It is true that the lady from the Bay is given to hyperbolic overstatement, but she seems to see herself as the leader of a party and movement that views those who disagree with them as bent upon destruction, murder and, yes, ending the world.

They remind one of those 19th century religious types who went around warning that the world would end on a date certain and were forced the morning after to come up with tortured explanations for why what they had been so certain of didn’t actually happen. Most of them are long forgotten because the public ultimately tends to forget not just absurd predictions, but those who make them.

Neither the House nor Senate version of the “Trump” tax cuts is perfect, but neither they nor whatever comes out of conference and is signed by President Trump is likely to lead to the end of the world. Rather, those who are making such predictions may be unconsciously preparing the public to be happier with what they get than they now expect. Perceptions and expectations are everything in politics, and when the disaster that Democrats are foretelling isn’t visited upon America’s taxpayers and voters, Republicans could have the last laugh.

Politicians have to be careful in making predictions they cannot possibly mean. Opposition to Obamacare increased as it went into effect because its authors promised the moon and couldn’t deliver. The final product just didn’t live up to the hype. The reverse can and often does occur when politicians opposed to legislation predict dire consequences that turn out to be just as inaccurate. When that happens, approval of the legislation can improve after it passes because it exceeds expectations.

It goes without saying that Republicans are awful at messaging and get no help at all from media that abandoned skepticism for hostility a long time ago. As a result, most Americans at this point actually believe that the tax bill the Republicans wrote simply favors the rich and will result not in reduced, but increased taxes on them and their families. Indeed, two polls taken as the bill was being debated in the Senate revealed that at least half the American people opposed it because they believed that it would result in an increase in their taxes while helping only the rich.

That, of course, has been the opposition’s line all along. By the time the package passed, roughly 40 percent of those polled told pollsters they believe the “tax cut” will result in higher taxes on them and on their families. If that turns out to be true, the Democrats rather than the Republicans could turn out to be political winners, unless a rapidly growing economy makes such increases look minuscule in comparison to the bill’s benefits.

Unfortunately for Mrs. Pelosi and her friends, however, in their haste to condemn their Republican opponents, they have played loose with actual fact-based predictions as to whose taxes will go up or down as the cuts are implemented. Every tax cut or tax reform proposal generates fear as well as hope. Ronald Reagan’s 1986 tax reforms were as unpopular as the current proposal as they worked their way through Congress and were the target of similar, though perhaps more civilized, attacks by his opponents at the time. It wasn’t until they went into effect that the opposition vanished as voters realized they weren’t leading to the end of the world.

The same could happen this time around. Every tax change leaves winners and losers, but the current bill is expected to raise taxes not on the 40 percent who today believe they will face higher taxes next year, but on roughly 7 percent of taxpayers, most of whom are high earners who can handle the increase without much problem. As those today who have bought into the Nancy Pelosi-Chuck Schumer narrative realize that their taxes may go down rather than up, they could end up happy with the tax cut and unhappy with those who claimed the sky was falling and the world ending.

Managing expectations is crucial, and it is entirely possible that Mr. Trump’s opponents have once again inadvertently played into his hands by mischaracterizing what may prove to be an economic and politically boon to the president and his party.