The female lead of upcoming feature film ‘Chupan Chupai’, and well-known model and TV actress Neelam Muneer sits down for an exclusive interview 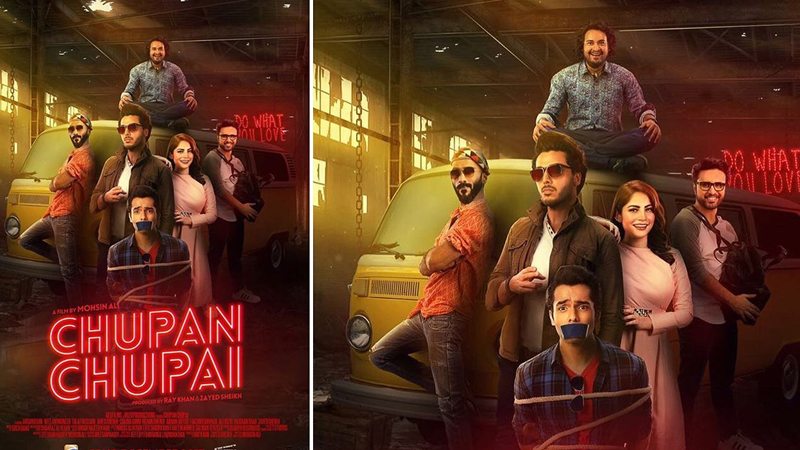 Your first feature film ‘Chupan Chupai’ is all set for release. Are you excited about the film?

Yes, I am! It is my first feature film and I am really looking forward to its release. ‘Chupan Chupai’ has been wonderful for me. I had a lot of fun shooting for the film. Cinema has a glamour that is both alluring and fascinating. The style, manner and pace of performing for the big screen is unique. It was a change from working on television and a lot of fun. I loved the experience. We are now in the midst of promoting the film and I am genuinely enjoying the frenetic pace of promotional activities.

You took a while to make the move to cinema. What attracted you to ‘Chupan Chupai’?

Yes, I took my sweet time to sign my first film. One, I was busy working on television and modelling and, two, I was not being offered roles that appealed to me. I wanted to do a light-hearted, glamorous and entertaining film that held appeal for the widest possible segment of Pakistani filmgoers. I also wanted to work with a team that was qualified, friendly and capable. ‘Chupan Chupai’ fit the bill and I signed on to do it happily when it was offered to me. ‘Chupan Chupai’ is a very funny film. It takes a dark topic – kidnapping for ransom – and tackles it in a manner that is entertaining and not boring. That, I believe, is one of the film’s many strengths. No matter how important the message of a movie, people get turned off by didacticism, sermonising and preaching. They spend money to go to the cinema and have a good time. It is necessary for films to be entertaining. And, ‘Chupan Chupai’, in my opinion, is hugely entertaining.

You seem to have a great friendship with Ahsan Khan, your co-star in the upcoming movie ‘Chupan Chupai’.

Yes, Ahsan and I have a great friendship that has translated into great on-screen chemistry.

Is the relationship between the two of you romantic?

It is a truly great friendship. You cannot classify it as a romantic relationship and you cannot say that we are like siblings. Ahsan Khan is a good friend of mine. He is a good-looking, kind and talented young man. I respect him as a human being and as an actor. We understand each other well, enjoy spending time together, and share personal things with each other. I hope people don’t make more of the relationship than it really is.

Why would people do that?

They would do that because gossip mongering has become a national pastime in Pakistan. It is sad that in the 21st century, Pakistani people find it difficult to understand that people of opposite gender can be good friends – nothing more and nothing less. It is perfectly all right for a girl to have a relationship with a boy that is neither romantic, nor fraternal. I wish people – especially those in the press, social media and blogosphere – would appreciate the healthy nature of show business friendships, irrespective of the genders of the friends.

Ahsan’s purported statement about you being prettier and more talented than other female actors may have fanned some rumours.

Ahsan has vigorously denied making a statement to that effect. It should never have appeared in the press and it should certainly not have fanned rumours. Mahira and Saba are both very beautiful and talented actors. I believe that I am pretty and capable as well. The truth is that all women are beautiful and charming in their own individual way. We no longer live in an age and world where we have a single, conventional standard of beauty. It is, therefore, unfair and irresponsible to compare the women on the basis of beauty, in a superficial manner and without due intelligent analyses. 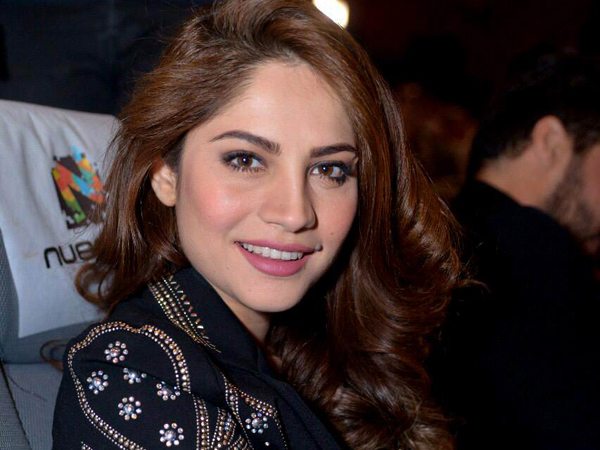 Three Urdu films – ‘Rangreza’, ‘Arth 2’ and ‘Parchi’ – in addition to ‘Chupan Chupai’, will all be released in a short period of 15 days, very soon. Are you concerned about the competition that ‘Chupan Chupai’ will face?

No, I am not. I am very happy that the Pakistani film industry is fast becoming prolific and productive. I have not yet seen the other films but, based on their trailers, songs and the buzz, feel that they are all very good movies with a great potential of doing well at the box office. I hope all four films do very well.

A video of you of dancing in the car created a lot of controversy a few months ago.

It sure did! It was a private video. I was letting my hair down and being silly. I have a right to do that. Everyone does. Is there anyone of us who never acts silly but wants to keep those moments private? It is a shame that the video made its way to social media and went viral.

How do you think the video found its way to social media?

I really do not know but sure would like to find out.

I am going to start the year by taking a break. Fun though they have been, the last couple of months have been very hectic with ‘Chupan Chupai’. I want to take a vacation and have some time to relax and unwind. I enjoy modelling and will probably do a bit of that in the coming year. I want to do some television as well. A lot of good work is done on television in Pakistan. I cannot stay away from television for long. I also plan to do another feature film in 2018. It will be a busy year and, hopefully, a good one.