The march of the religious right

A few weeks ago, my two-year-old son and I were at our local mosque. We reached early and were approached by two merry missionaries from Karachi. After some ceremonial small talk, they asked if I prayed regularly. I confirmed that I did. They asked if I read the Quran daily and fasted yearly.  I assured them that I did. They then asked if I was a regularat the mosque. I replied that indeed I was – even though we were in a mosque on a Tuesday evening.

I wasn’t expecting a ‘Gold-Star’ or a pat on the back but I was hoping that my answers would satisfy them enough to get them to move on to someone more deserving of their time. However the enthusiasm with which they continued to preach gave me no indication that they were in any way even remotely convinced.

I spent the next week in deep thought trying to unravel what about me implied that I was in such need of salvation. Then I realized it has nothing to do with me. It’s not personal. I am a stereotype- a representative of the liberal, urbanized, soulless elite, which is the exact embodiment of everything that their version of religion opposes. Regardless of what I say or do I will never satisfy them unless and until I become them, walk like them, talk like them, and dress like them. They think they’re preaching for Islam but they’ reactually recruiting for their sect. 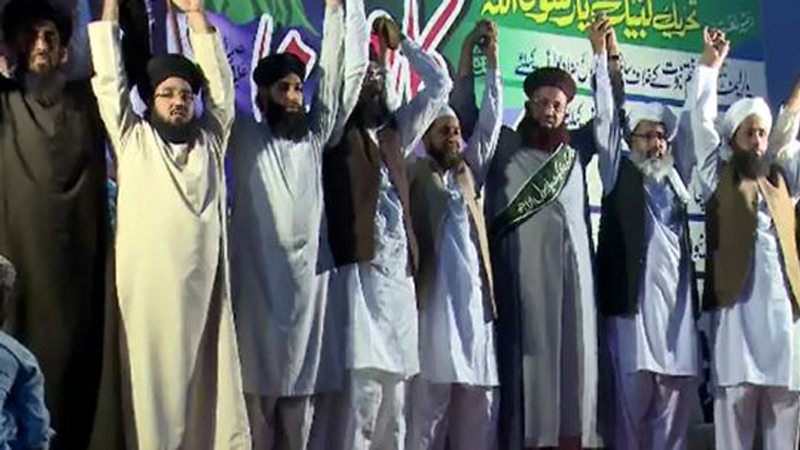 The men I spoke to weren’t from a rural village but from the biggest city in Pakistan. They were working-class graduates who took time out from their professions for missionary work. They left behind their families. However, missionaries themselves aren’t the problem. Individually most are good people genuinely trying to do what they believe to be the Lord’s work. The real problem is the rise and nature of the religious-right in Pakistan and the effect it is having on society. The primary blame for this state of affairs lies with the State’s actions and inactions.

We have a country that is supposedly an Islamic Republic but secretly wants to be secular. We have governments that want to keep religion and politics separate but continuously use religion to achieve their political objectives. Our armed force sare fighting religious terrorism but are constantly accused of patronizing the religiously motivated militants Taliban in Afghanistan, Mujahedeen in Kashmir, and most recently Khadim Husain Rizvi’s fanatics in Islamabad.

This country’s civilian and military leadership must stop their habitual employment of religion for self-serving ends. If Muslims are expected to keep the Quran high above anything else on their bookshelves — then surely the Islamic Republic of Pakistan must keep religion high above its petty politics

Every time a new religious organisation with three letter acronyms like ‘JuD’ or ‘LeJ’ is assembled it’s usually for a particular political purpose, though the purpose often disguised under a religious pretence. It’s a clever strategy except for one thing – when their primary objective is achieved these organisations rarely disband. For example Tehreek-i-Labbaik Ya Rasool Allah’s official mission is accomplished but the group has many future plans nonetheless.

Like Frankenstein’s monster, such groups eventually become independent, uncontrollable, and wreak havoc in society. Such strategic plays by the State and Establishment may serve their respective short-term interests but will have irreversible long-term consequences for everyday Pakistanis like us .Imagine if General Zia hadn’t misused religion as a tool to govern!

As a result we now live in a time where piety or abiding by the five pillars of Islam are no longer a sufficient measure of a Muslim. Each Pir, mosque, madrassa, sect or organization has its own unique and often radical version of religion. Their members are convinced that theirs is the right way and all others are wrong. The state has been too shy in this matter, creating a vacuum, which others have filled to become self-appointed interpreters of Islam. If this is not rectified then the next inevitable phase will be the implementation of that interpretation. An example is the Lal Masjid episode of 2007 where zealots began to impose their own restrictions in Islamabad. If the State wants to avoid such incidents then it should do two things.

Firstly, the civilian and military leadership of Pakistan must stop their habitual use of religion for selfish ends. If Muslims are expected to keep the Quran high above anything else in their bookshelves than surely the Islamic Republic of Pakistan must keep religion high above its petty politics. Secondly, the final authority of religion must lie with the state, if for no other reason then to prevent others from assuming it.

People Like me may not be as visibly religious as others, but we don’t have to be. We’re not supposed to be. Religion is a personal matter and should remain as such. Islam was never meant to be a problem. It came forth as a solution that empowered women, freed slaves and promoted justice. Islam was a beacon of light in a dark and malevolent time. Its pioneers were some of the most honourable and inspiring characters of their era. Until we again find religious leaders of that calibre, we’re better off leading ourselves.

The writer is an agriculturist with degrees in Economics and Mass Communication. He can be reached at Skhanzada@gmail.com