The aftermath of the Chitral plane crash

The PIA officials at the top did not even have the courtesy to send a single condolence letter to the families of the victims let alone compensate them, through some means, for their pain and sorrow

It was Waseem Badami’s talk show that reminded me one millionth time that the great Junaid Jamshed was not with us anymore. Surely, we missed his voice on this Eid Miladun Nabi.

It was nearly midnight when his show was ending, and I decided to call one of my juniors from F.C college Lahore, who had lost his sister in that tragic plane crash in Havelian a year ago on 7th December 2016 coming from Chitral to Islamabad.

I called him for the first time since his terrible loss and immediately asked him the question that was bothering me the most. “Have all the families received the compensation for the criminal negligence of PIA?”

He replied: “No, half of us have… but the other half is still struggling.”

We decided to meet up the next day and another victim family was with him as well. The only thing I could do to vent out at that time was to curse the government and the PIA officials. There was no other way I could think of to channelise my anger.

It is extremely sad how Pakistanis who do not belong to an influential background struggle in this country. Throughout the discussion the sister was the only one talking until at one point the 70-year-old Father of the man who lost his life in the same plane crash broke his silence and said ‘Beta, yeh mulk humaray liye bena hi naehai.’

It’s time that we start talking about what these families have gone through since the moment that plane went down when the engines stopped working. The brave pilots Captain Saleh Janjua and Ahmed Janjua, despite their repeated protests not wanting to fly this faulty plane, were put in-charge of the cockpit. The officials decided not to listen to the captain and went straight down in the hills of this little town, Havelian. In the matter of just few moments, 47 people lost their lives to this catastrophic incident that could have been prevent had PIA not been negligent.

Immediately after the crash, the local public came down to help, not realizing how their assistance could potentially damage the investigation. Soon governmental institutions arrived to seal the area. The locals had already made their job ‘easy’ by piling up all the body parts in one corner.

By some miracle, if someone did manage to get a succession letter, they were told to wait, on average 5-7 months to get their compensation. It is sad that people who lost their family members had to go through such torture and agony and it all has gone unnoticed

This was followed by the transfer of bodies to Ayub Medical College in Abottabad. When all the families started to arrive, they found the bodies lying on the floor in one of the hospital rooms. Thereafter, bodies were sent over for DNA tests but the hospital did not have that facility available. Instead the bodies were sent to Pakistan Institute of Medical Sciences (PIMS) hospital in Islamabad. The ordeal for the recovery of the bodies of their loved ones keeps getting worse. When everyone arrived in the Capital they found out that the bodies were kept in a ‘fruit’ storage near Rawat instead of a proper mortuary.

To recover the bodies, the victim’s DNA had to be matched to the family members’ DNA. Families were told to get the DNA samples of the victim’s parents because the siblings’ DNA was not matching in many cases. In this scenario, parents had to trek over the most dangerous road of the world, the snow covered Lowari Top. The authorities were least bothered.

It took nearly 10-20 days to recover the bodies. This was the first part of their ordeal which continues till date. Once their siblings, parents, children, friends, and relatives were buried, they were unaware of the fact that there was another challenge ahead. 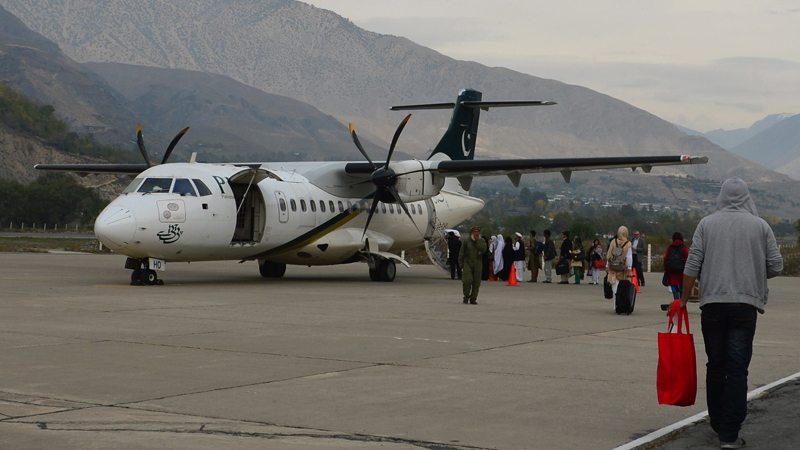 The former Prime Minister of Pakistan, Mian Nawaz Sharif, had announced a five million-rupee compensation for each of the families of the victims. Great gesture, but it’s been a year and none of the promises have been met. For the aggrieved families, the big announcement was not compensation but the investigation into the crash which has remained just a mere press release until now.

While the families kept calling the PIA and the Government offices, little did they know that only a few are ever held accountable. Many victims including Attiya, sister of Shaheed Khawar and Shah Fahad, elder brother of Shaheed Ayesha had to bear the insults and inappropriate behaviour from PIA official Haroon Abbassi and his likes when they screamed and yelled at the families contacting them for closure and answers. The PIA officials at the top, did not even have the courtesy to send a condolence letter to the families of the victims let alone compensate through some means for the pain and sorrow of the families.

While Ex head of PIA Azam Saigol lives a luxurious life many still struggle to get a ‘succession letter’ to claim their compensation. This letter itself has been a mission impossible. First you needed a death certificate and for that many families were told to go to Chitral NADRA office by their local NADRA office in Punjab because that’s where the plane flew from, from there they were told to go to Havelian because that’s where the plane crashed. In Havelian, families were told that they could not help them so they went to Islamabad where they were told that the certificate will be issued by their local union council. One of these families that went through this ordeal belongs to a lower middle-class background from a small village in Faisalabad.

By some miracle if someone did manage to get a succession letter, they were told to wait, on average 5-7 months to get their compensation. It is sad that people who lost their family members had to go through such torture and agony and it all has gone unnoticed.

The coffins that were given were sealed and no one knows whose body was inside. The families have repeatedly demanded DNA tests, but it seems like it’s a sin to ask for DNA of your loved ones. Who will take notice of such absurdities if not the government or the judiciary?

The writer is a practicing Human Rights Lawyer and director law clinic at Blackstones Law College. He can be reached on Hkniazi@hotmail.com