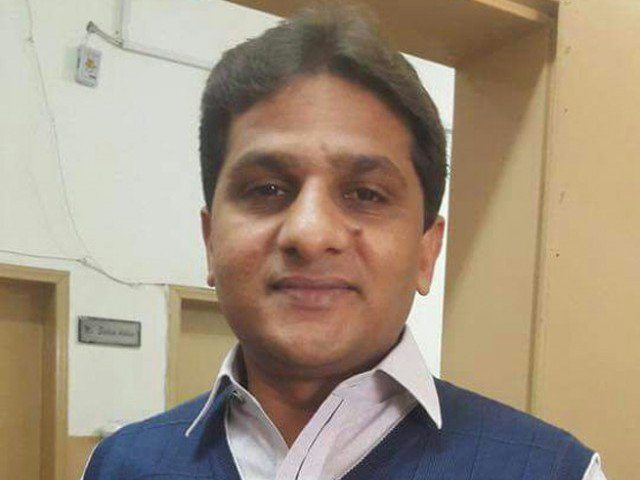 LAHORE: Raza Khan, a progressive activist, has been missing from his home since Saturday.

He was last seen reportedly on Saturday at a public discussion on the rise of religious extremism in the country.

The news of his disappearance has seen hashtag #FindRaza trending on Twitter with many activists and human rights groups demanding his safe release.

Progressive peace activist Raza Khan missing in Lahore since Saturday after attending heated public discussion on rising extremism in the context of the Faizabad dharna. Please share and get in touch if you have any information on his whereabouts. pic.twitter.com/238FGTLQby

Raza Khan, a dedicated activist and convener of Aghaz-e-Dosti, a forum working for peace between India and Pakistan, has been missing since yesterday from Lahore. We hope, pray, and demand and that he be returned safely. #FindRaza #nomoremissingpersons #EnoughIsEnough @rastabadlo pic.twitter.com/xZ5jk4kqFa

@zeebahashmi has reported that Raza Khan a social activist raising voice against extremism and for regional peace is missing since Saturday. #FindRaza

Peace activist Raza Khan, convener of Aaghaz E Dosti, missing from his home since Sat evening. Appears to be yet another attempt to silence a voice of reason & dissent #FindRaza pic.twitter.com/WaEPE60QX0

Raza is son to me, he is missing since Saturday, please help us #FindRaza

Social Activist from #Lahore and my friend #RazaKhan has been missing since Saturday evening. We appeal for help. Please #FindRaza

According to Reuters, police official, Shehzad Raza has said that Khan’s family reported he had been missing since Saturday. No one has been accused in the report, he said. “We’re investigating.”

The latest abduction comes a day after the Commission of Inquiry on Enforced Disappearances informed the Supreme Court that 1,498 cases of missing persons were still pending with it. There are 273 cases of persons missing from Punjab, 126 cases each from Sindh and Balochistan, 63 cases from the Federally Administered Tribal Areas (Fata) and 52 from Islamabad. The report said that over 3,000 cases were disposed of until November 30, with 2,257 people being traced since 2011.

Earlier this year in January, six bloggers and social media activists had gone mysteriously disappeared and were later released. After their recovery, the abductees claimed that they were detained by intelligence agencies.

Pakistan is routinely ranked among the world’s most dangerous countries for journalists. Criticising security policies controlled by the military is generally considered a major red flag. There have been a plethora of reports of reporters being detained, beaten and even killed.