The passage of the Senate Republican tax bill was a travesty 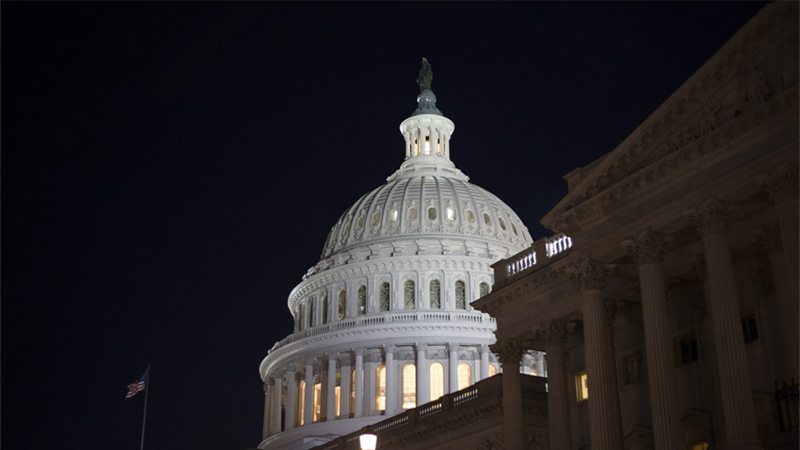 When historians write about the broader atrophy of the American system of governance, the passage of the 2017 tax-reform bill will be an illuminating event to dwell upon. Whatever the Founding Fathers had in mind, it surely can’t have resembled the unedifying spectacle that played out in the Senate this week. When the delayed vote on the Senate version of the GOP’s Tax Cuts and Jobs Act finally took place, in the early hours of Saturday morning, the sole Republican to dissent was Senator Bob Corker, of Tennessee.

Four GOP senators who had been mentioned as possible holdouts—Susan Collins, of Maine; Lisa Murkowski, of Alaska; and John McCain and Jeff Flake, of Arizona—all voted for a proposal that is unnecessary, unfair, and still largely unexamined.

The Senate and House tax bills will have to be reconciled, but it’s now perfectly possible that President Trump will get to sign the final legislation before Christmas. If that happens, the process of getting there will have been a travesty of the legislative process.

When a Republican Administration last conducted a thorough overhaul of the tax code, in 1986, there were more than a dozen hearings in Congress, and the process took more than six months. This time, there have been no public hearings, and the measure is being rushed through in a few weeks, with virtually no transparency. This isn’t “regular order”—the term McCain used when he voted no in the health-care vote. It is brazen power politics carried out by a Republican Party desperate for a legislative victory.

On Friday, at lunchtime, Mitch McConnell, the Senate Majority Leader, announced that he had the votes to pass a bill, but what bill? A final version, which ran to more than five hundred pages, didn’t emerge until about 6 PM, and some of the pages had inserts scrawled in ink. “Trying to review the #GOPTaxScam,” Senator Dick Durbin, the Illinois Democrat, tweeted, “but they are making hand-written changes to brand new text as we speak – can anyone else read this?”

The last-minute haggling and rewriting resulted in a bill even more skewed toward the rich. To buy the votes of Senators Steve Daines, of Montana, and Ron Johnson, of Wisconsin, the GOP leadership agreed to further sweeten the pot for owners of unincorporated businesses who declare their profits as “pass through” income on their personal tax returns. Although Daines and Johnson claimed that they were trying to help owners of small businesses, the fact is that the richest one per cent of households receive more than half of all the pass-through income the economy generates. Donald Trump, who owns dozens of pass-through ventures, is a member of this group, and as a result of the bill he could see his marginal tax rate reduced from 39.6 per cent to below thirty per cent.

As tax experts raced through the final text, they discovered other giveaways to the one per cent—indeed, to the 0.001 per cent. They included the retention of the infamous carried-interest deduction, which allows hedge-fund managers and private-equity tycoons to pay a lower tax rate on their profits than the one many middle-class families face. During last year’s campaign, Trump promised to abolish this scandalous loophole, but that turned out to be one of his many fake pledges.

Speaking on the Senate floor, Chuck Schumer and other Democrats drew attention to a last-minute amendment that appeared to exempt Hillsdale College, a Michigan institution that is supported by the conservative DeVos family, from taxes on colleges with large endowments. “The Senate is declining to a new low of chicanery,” Schumer said before moving a motion to adjourn until Monday, so that senators could have more time to consider the final bill. (The motion failed.) Bernie Sanders described the bill as “one of the great robberies in US history because Republicans are looting the Treasury.”

Collins, in return for her yes vote, did extract one concession for households that aren’t members of the plutocracy: the final bill allowed homeowners to continue to deduct up to ten thousand dollars in state and local property taxes. But the bill also included the repeal of the individual mandate to purchase health-care insurance, a provision that would undo much of the good Collins did when she voted against the Republican health-care bill. According to the Congressional Budget Office, it would raise the number of uninsured Americans by thirteen million, and raise the premiums on individual plans by ten per cent. Using a tax bill to abolish the individual mandate amounts to a backdoor way of sabotaging Obamacare. Collins, Murkowski, and McCain have yet to explain why they went along with it.

The three so-called deficit hawks—Corker, Flake, and McCain—didn’t get anything to allay their concerns about fiscal stability. After the Senate parliamentarian ruled out Corker’s proposal for a “trigger mechanism” to raise taxes if the budget deficit hit a certain level, the Republican leadership dropped the idea of having a fallback method to restrain the deficit. According to the Joint Committee on Taxation, the official scorekeeper on Capitol Hill, the Senate bill would boost the deficit by a trillion dollars over the next ten years. To raise this money, the US Treasury would have to issue another trillion dollars in debt, which would add to the nation’s already formidable borrowings. By 2027, according to the Committee for a Responsible Federal Budget, the debt-to-GDP ratio, a key measure of fiscal solvency, will be approaching a hundred percent.

Corker, to his credit, voted no. McCain, who, in 2001, voted against the Bush tax cuts on the grounds that they were fiscally irresponsible, voted yes this time without comment. Flake, in a statement explaining his assent, said that he had supported the idea of cutting corporate taxes for twenty years. He also claimed to have received assurances “from the Senate leadership and the Administration” to “enact fair and permanent protections for DACA recipients.” Since Flake is resigning next year and Trump has already called him “toast,” these assurances are worth about as much as a certificate from Trump University.

In keeping with what had gone before, the Senate eventually passed the bill in the dead of night, shortly before 2AM, when virtually nobody was watching. McConnell, secure in the knowledge that his side had won, didn’t bother to speak before the vote, which was 51–49 in favor of the bill. Didn’t someone say that democracy dies in darkness? 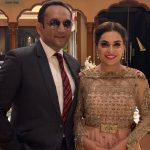 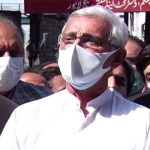 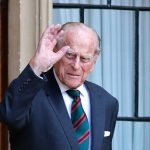 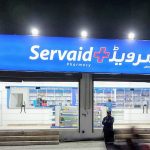 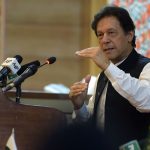 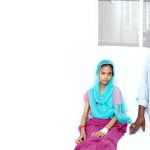 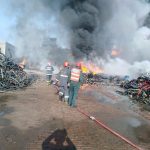 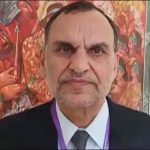 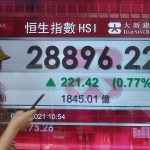 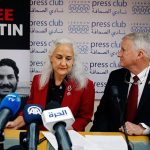