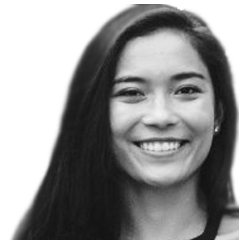 Rape of women and girls has been in association with conflicts and wars throughout the history. This fact is still true in places of current humanitarian crisis such as Myanmar. Some estimates find about 80 percent of those affected the most from humanitarian crisis are women and children. Advocacy organisation One reports that 75 percent of Syrian refugees are women and children. In the Democratic Republic of Congo, women are 73 percent of the total number of those who are raped, yet a majority of rapes are still unreported as stated by Marta Latek in the European Parliamentary Research Service Blog. A 2017 report published by Amnesty International estimates 72 percent of women living in civilian sites in South Sudan have been raped mostly by police and soldiers.

Gender-based violence (GBV) is an umbrella term that houses many cruelties rooted in cultural and social roles such as violence within marriage, human trafficking, rape and sexual violence as stated by authors Marsh, Purdin, and Navani in the Global Public Health. Sexual violence is defined by the International Criminal Court as a “sexual act committed against a person, or in which a person is caused to engage in sexual acts by force, threat of force or coercion such as that caused by fear of violence, duress, detention, psychological oppression or abuse of power.” This essay will focus on Militarised Sexual Violence (MSV) in Myanmar. Adogu et al. define MSV as a deliberate method to humiliate and terrorise communities.

Similar strategies took place in armed conflicts such as Rwanda, Democratic Republic of Congo, and Somalia according to authors Marsh, Purdin, and Navani in the Global Public Health.

According to the UNICEF, cases of sexual assault reported by Rohingya refugees at Cox’s Bazaar is exceptionally high for a refugee camp. All but one rape documented by HRW were gang rapes

The Rohingyas represent Myanmar’s Muslim minority. BBC News reports the current humanitarian crisis began after Rohingya militants attacked police posts on August 25, 2017. This led to an increase in the pre-existing hostility towards the Rohingya population from troops and Buddhist mobs. It escalated to burning of villages, attacks, and killings of the ethnic minority. Over 500,000 Rohingyas have been forced to seek refuge in neighbouring countries, mostly Bangladesh, with an estimated 60 percent of the refugees being women. This is a textbook example of ethnic cleansing according to the United Nations.

UNHCR reports that Myanmar’s security forces and Buddhist individuals in the Rakhine state often work on joint operations to terrorise villages and Rohingyas to force displacement. This systematic campaign of violence has terrorised women and girls the most. While reading UNHCR’s mission report form September 2017, the reader will notice majority of the testimonies are from women and young girls.

Girls as young as five to seven years old reported of being raped. Pregnant women were raped. Women and girls were gang-raped. Some security forces used knives during the assault. Rapes usually occurred in front of family members and sometimes by more than three men, all dressed in uniforms, taking turns. There are also reports of women and young girls being collected and taken away. Some return with vaginal bleeding or become pregnant with the assailant’s child.

The Myanmar security forces are using sexual violence to not only harm the Rohingya women and their families but as a method to terrify and humiliate their families and their communities. Association of South East Asian Nations (ASEAN) must work with Myanmar’s non-governmental and governmental actors willing to acknowledge the atrocities committed by the security forces. The organisation and its members can impose individual sanctions on Burmese leaders responsible for the human rights violations and bilateral arms embargo. ASEAN established the ASEAN Intergovernmental Commission on Human Rights (AICHR) in 2009, which Myanmar is party to. AICHR has the ability to work with its ASEAN members while collaborating with the UN and other international organisations to draft attainable solutions to address GBV, hold the security forces accountable for their actions, and provide mental and healthcare for Rohingya women and girls.

Most importantly, funds and services in Bangladesh which grants sanctuary to the Rohingya refugees must continue to be supported. International donations are needed to support the camps as they will be more crowded than they already are if the influx of refugees continues. According to HRW, the stigma and shame from rape have prevented many women in the camps from seeking medical and mental care. Any humanitarian organisations working in places such as Cox’s Bazar need to ensure the sexual assault survivors receive the necessary medical and mental care. Records of sexual violence against Rohingya women and girls should be documented to bring the Myanmar security forces to justice. Promoting full participation and leadership of the survivors need to be put in place as well as measures of protection from GBV in refugee camps. The humanitarian community’s goals should be to unquestionably address sexual violence in Myanmar and call for a comprehensive legal approbation of the security forces to take place. Attention to the women and girls who have suffered sexual violence should be integrated into every humanitarian crisis response.

The writer is a Cornell Institute of Public Affairs Fellow studying international development, focusing her work in gender-based violence, youth development, and democratisation. She is a Returned Peace Corps Volunteer who served in Mongolia. Palina has a Bachelor of Arts in International Affairs and Asian Studies from James Madison University. She can be reached at: pg467@cornell.edu