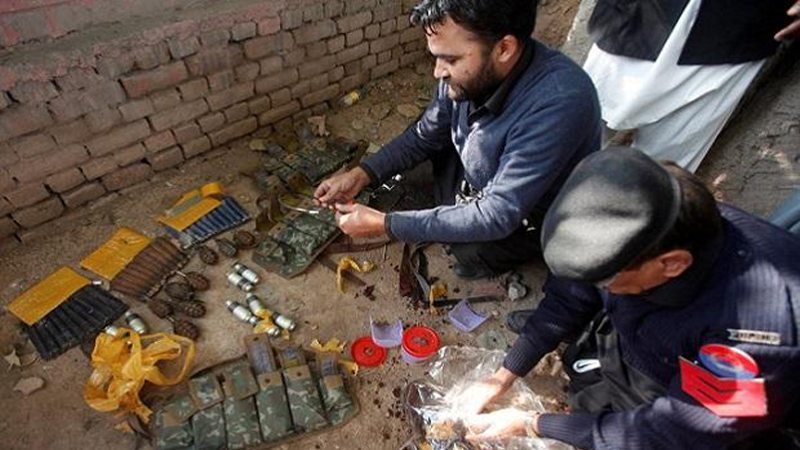 PESHAWAR: At least nine suspects were arrested during a pre-dawn search operation carried out by law-enforcement agencies on the outskirts of Peshawar on Saturday as police launched an investigation into yesterday’s terror attack on the Agricultural Training Institute (ATI).

The attack was claimed by the Tehrik-i-Taliban Pakistan (TTP). Both police and military officials said the attackers had been coordinating with handlers based in Afghanistan.

The list reveals that most of the slain students belonged to far-flung areas of Khyber Pakhtunkhwa and FATA and remained in the hostel despite it being a holiday on Friday.

The province mourned the deaths of the students and staff member, as the slain victims were laid to rest on Saturday. The funeral of the watchman, Hameed, was held in Peshawar’s Budni area and attended by a large number of people.

A large number of police and other security forces took part in the raids conducted on Saturday in Badhber, Telaband and other areas outside the provincial capital, according to police sources.

Various types of arms were recovered from the arrested suspects, including three pistols, 8mm rifles, 12-bore rifles, sub-machine guns (SMG) and a large quantity of ammunition. Meanwhile, eyewitnesses reported at least five explosions taking place inside the compound. Police officials added that at least three unused suicide vests, seven hand grenades, explosives, automatic weapons, five magazines of AK47 riffles and many rounds of ammunition were recovered from the bodies of the terrorists. The arrested suspects have been shifted to a police station and are being interrogated, sources said.

Security forces searched at least 45 houses during the operation. KP Police’s Counter-Terrorism Department (CTD) registered an FIR of the deadly ATI attack against unidentified persons on the complaint of Station House Officer (SHO) Ahmedullah Khan on the charges including terrorism, murder, attempted murder and encounter. Police have also extended the investigation and sent the body parts of the militants involved in the attack for forensic tests.

Capital City Police Chief (CCPO) Tahir Khan and Senior Superintendent of Police (SSP) Operations Sajjad Khan had arrived on the spot in the early minutes of the attack. They led the police operation right from the front.

SSP Sajjad Khan informed the media that a total of five terrorists had stormed the premises after killing the security guard at the entrance. “Fortunately timely operation by the police prevented huge losses as they were able to engage the terrorists, all wearing suicide vests before they could create havoc,” he said.

Army personnel were called for backup as the fighting continued. Army helicopters taking part in the operation provided aerial surveillance to the forces on ground as the main University Road connecting Peshawar to Hayatabad and Khyber Tribal Agency was cordoned off by security personnel for all sorts of traffic during the operation.

The Inter-Services Public Relations (ISPR) updated on its Twitter handle that all five terrorists were killed in the operation. It added that clearance operation was being conducted inside the premises to secure the area. Two army personnel injured in the attack were shifted to the Combined Military Hospital (CMH) Peshawar.

Soon after the attack began, police and army personnel reached the site, the report said, adding that the exchange of fire between the attackers and police lasted for two hours.

The FIR said the police and security forces cleared the building by shooting the attackers dead and recovering their bodies from different rooms of the hostel.

It added that during the search of the hostel and the institute, police also recovered heavy weapons, including grenades. After registering the FIR, the CTD started investigating the attack and sent DNA samples from the bodies of the killed terrorists for identification.

Earlier, the police helped rescue at least 10 students stuck inside a hostel, while many students were still stuck in their rooms.

The Directorate of Agriculture lies between a nursing hostel of the KTH and University Public School and its hostel.

A nurse locked inside her flat with her children informed Daily Times on the condition of anonymity that army sharpshooters had occupied the top floor of their hostel building from where they were firing at the terrorists who took had gained access to the rooftop of the Directorate of Agriculture Extension. “Our flat is facing the directorate and we could see the horrific scenes live from our windows and were helpless as the escape routes were blocked,” she added.

Peshawar has for decades been a victim of militancy due to its status as a frontline region in the ongoing war against militancy as well as its proximity to the restless tribal areas and the lawless Pak-Afghan border.

The Pakistan Army had launched Operation Raddul Fasaad earlier this year in the aftermath of a fresh resurgence in terror attacks in the country.

The operation seeks to eliminate the “residual/latent threat of terrorism”, consolidating the gains made in other military operations, and further ensuring the security of Pakistan’s borders. Hundreds of suspected terrorists have reportedly been killed or arrested in raids carried out by security personnel since the start of the operation.