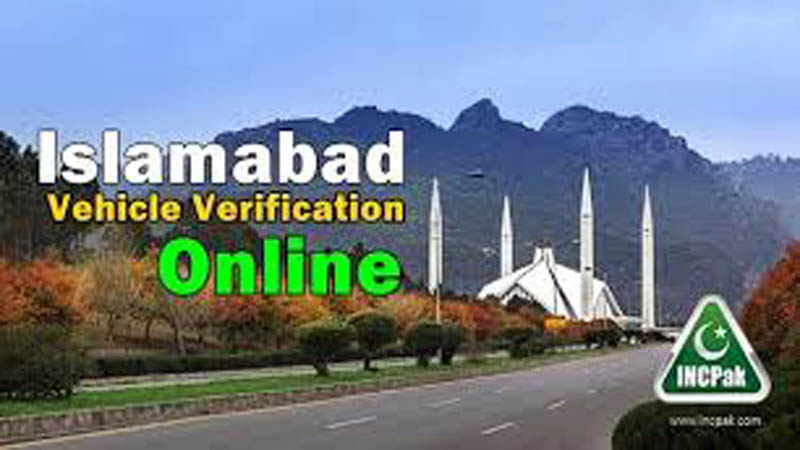 ISLAMABAD: In a bid to hide the use of non-custom paid luxury vehicles by the elite class, the Excise and Taxation Department Islamabad has downed the link to access its online vehicle verification system, causing problems to the general public.

The online vehicle verification system was introduced by the department in 2015 and everybody could view basic details of a vehicle like owner’s name, engine and chassis number through this system without visiting the department’s office.

Unfortunately, the facility had been closed without mentioning any specific reason since first week of August, 2017, when a section of media reported that a number of vehicles used by Maryam Nawaz Sahrif, the daughter of ousted premier Nawaz Sharif, were “non-custom paid and she was spotted using some cars with fake number plates”.

It was reported in July 2017 when Maryam Nawaz arrived at the judicial academy to appear before the Joint Investigation Team (JIT) on a car bearing identification number SN-777 registered as Honda CG-125 in the name of a citizen, Muhammad Daud.

Similarly, the number plates of two other vehicles, which were part of her motorcade, were allegedly found bearing fake number plates. For instance, a BMW bearing identification number BC-348 was registered as Honda Civic-Model 2014 with the ownership of Faysal Bank while another Land Cruiser in the motorcade bearing registration number CS-787 was basically registered as Toyota Axio-Model 2007 owned by Imran Maqbool.

Non-custom paid (NCP) vehicles enter Pakistan through borders without paying custom duty. “These vehicles are much cheaper. “Anybody can buy a Land Cruiser at the same price he can legally buy a Suzuki Cultus,” said car dealers.

Not only Maryam Nawaz, but there were a large number of businessmen, landlords, politicians and government officials who were caught driving non-custom paid vehicles.

However, the aforementioned scandal forced the Excise Department to stop the system to avoid further embarrassment.

When contacted, Excise and Taxation Department Director Mariam Mumtaz cited security issues behind the closure of system and said: “The data of vehicles was being used by criminals to cheat the general public while some security concerns conveyed by law enforcement agencies had also led to stop the online verification.”

Islooites, however, have strongly criticised the decision of the department and considered it as a move to please powerful elite.

“Instead of collecting tax from these giants, the department downed its link for online verification, which is providing a cover to their crime,” said Ikram Shaukat, a student at the International Islamic University Islamabad, who paid Rs 500 to an agent to get the details of a vehicle which he wanted to buy.

An insider, who wished to remain anonymous, told Daily times that a large number of vehicles with covered’ number plates were also being driven by secret agencies in the federal capital.

“The covered number plates are issued to law enforcement agencies on special request to conceal identity of their vehicles,” he added.