The play was based on capital punishment, highlighting its flaws 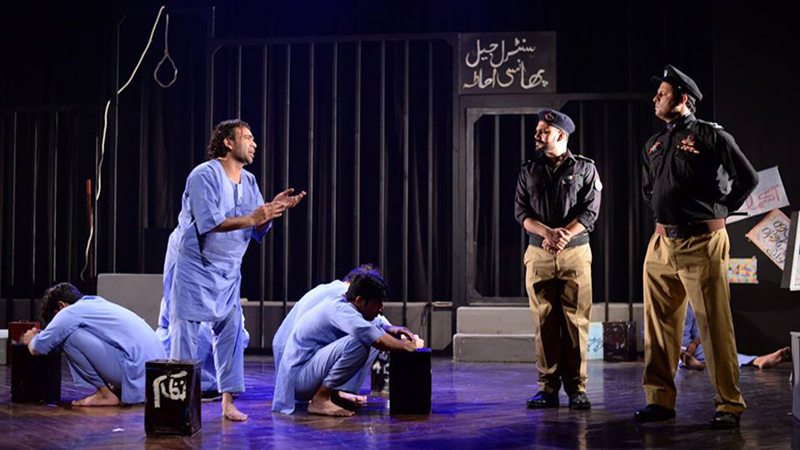 LAHORE: Based on true stories, Ajoka Theatre’s latest presentation “Intizaar” (The Wait) premiered at Alhamra, succeeding in getting critical and public acclaim.

Prominent personalities from different walks of lives, including human rights, judiciary and fine arts, visited the two day presentation of the theatre and lauded its theme, message and performances by the star cast.

With the tagline, “You can’t take away what you cannot give,” the play was based on capital punishment and highlighted the flaws in investigation and the other systems. The characters of “Intizaar” were death row inmates of a Pakistani prison, their miserable existence and their resilience and courage to make their meaningless lives somewhat meaningful.

While addressing on occasion, Shahid Nadeem said that “Intezaar” was a unique project. “We always talk about criminals being arrested but never try to understand what he will leave behind which is his family,” he said adding that these people also have families and emotions and that their families should be compensated in some way. 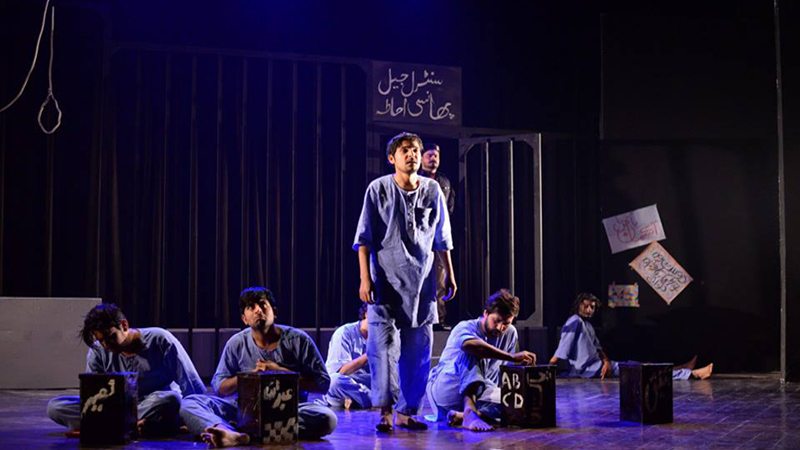 Human right activist Hussain Naqi in the opening session of the theatre said that Ajoka Theatre has always raised voice on important issues faced by the society and this particular play is very promising for the Human Rights Commission of Pakistan (HRCP). “The HRCP has been working for a moratorium on capital punishment since its beginning in 1986 and it is very hopeful that Ajoka has also thrown light on this sensitive issue through a wonderful play,” he said. He also congratulated the Ajoka team for their brilliant performance.