Pakistan and the Internet at 48

The rate of Internet traffic is approximately 50,544 Gigabytes — roughly equivalent to more than 17 million pages of text per second

Birthday wishes are in order. For the Internet has just turned 48. Also known as the World Wide Web, the Net, and the Web, the Internet is the by-word for all-pervasive networks of computing devices that interconnect this world. It was born back on November 21, 1969 when two computers first spoke to each other. Today, with almost 3.89 billion of the world’s 7.52 billion population having access to it — the Net has truly revolutionised the way we live.

It all started at 10:30 pm on October 29, 1969 when Charles S Kline, a student programmer at the University of California, sent the first message from an SDS Sigma 8 computer at the university’s Boelter Hall to an SDS 940 computer at the Stanford Research Institute (SRI), using the US Defence Department’s Advanced Research Projects Agency Network (ARPANET). The text of that message read ‘login’. But only the initial two letters were successfully transmitted before the entire system crashed. Less than a month later on November 21, the first permanent link between the two aforementioned was established. By December 5 of the same year, two additional computers were added; one at the University of California, Santa Barbara and the other at University of Utah.

In 1989, Sir Tim Berners-Lee, while working at the European Organisation for Nuclear Research (CERN), proposed a set of rules for creating and using client and server software, called the Hyper Text Transfer Protocol (HTTP). He also developed the first web browser and web server in 1990 for the NeXT computer, making them public in March 1991. This was followed by the first website on August 6, 1991 using HTTP.

Today, more than 52 percent of the of world has Internet access: 88.1 percent in North America; 80.2 percent in Europe; 69.6 percent in Oceania and Australia, 62.4 percent in Latin America and the Caribbean; 58.7 percent in the Middle East; 46.7 percent in Asia; and 31.2 percent in Africa. Indeed, Internet has been gaining one billion new users every five years since 2005; though some experts point out that this may refer to infrastructure and not people. Nevertheless, by 2020 it is expected that some 4.1billion will be connected.

Our lifestyle, social behaviour and the world economy, too, have inevitably become heavily dependent on the Web. Today there are more than 2 billion Facebook users; 1.32 billion Whatsapp users; more than 309 million people on Twitter and Pinterest; around 1.28 billion websites; not to mention some 14.3 trillion web pages. Here are some mind-boggling per-second statistics: 55 billion Whatsapp messages; 2.6 billion emails; 71,480 YouTube videos; 63,500 Google searches; 7,800 tweets; 2,845 Skype calls; 1,300 Tumblr posts; and 800 Instagram photos. All per second. The rate of Internet traffic is approximately 50,544 Gigabytes — roughly equivalent to more than 17 million pages of text — per second. To offer a little perspective, consider this, the latest edition of the Encyclopaedia Britannica has 32,640 pages. Thus, this is the same as 524 copies of the latter hitting the Internet highway every second!

Certainly, E-commerce (online retail trade) is huge. This has been steadily increasing by more than22 percent per year over the last five years. By the end of 2017, E-commerce is expected to contribute some $2.29 trillion to the global economy. The US and China can take the lion’s share of credit for this; together these make up 69 percent of the total. Indeed, 19 percent of all Chinese retail sales were conducted online for the year 2016. E-commerce currently represents 10.1% of all global retail sales and is expected to stand at 16 percent by 2021. The three market leaders — Alibaba, Amazon, and eBay — have a combined market cap of over $1,057 billion, which is almost three times the GDP of Pakistan. Around 70 percent of Internet users shop online, mostly via smartphones. And given that these are outselling tablets by four to one — one can but imagine how the story of E-commerce will unfold in the future.

Pakistan should encourage graduates to become self-employed; either through E-lancing or by way of small start-ups, while bringing initiatives like Punjab’s E-Rozgaar, Plan9 and PlanX fully on board. Further, IT institutions should be subsidised to realise on-campus E-lancing labs, centres for entrepreneurship and technology parks; thereby facilitating the entry of both students and recent graduates into this lucrative market

The Internet is also good for education. There is an abundance of top-quality massively open online courses (MOOCs). Many of the world’s most eminent academicians participate in these; giving thousands and thousands access to scholars from some of the world’s most prestigious institutions, such as MIT, Harvard, Berkeley, Stanford, and Cambridge. Certainly, there will be no Khan Academy. A 2016 survey of 25,000 university students from across the world found that 77.84 percent had taken online courses. Another sample study, this time from this year, notes that 29 percent of the 20 million or so enrolled in higher education in the US have taken at least one online course. In addition, recent findings by Harvard and Columbia scholars indicate that the E-learning market was worth $166.5 billion in 2016. This is estimated to reach $255 billion by 2017.

As is the case with all innovations of such magnitude — there is a dark side. Allow me, here, to share the perspective of an old friend, who happens to be an MIT graduate. “Sometimes, it looks like a new form of bread-and-circuses has come to take over our lives. E-commerce aside, this harbinger of change has enslaved both or minds and our free time. Meaning that it gives way to short attention spans, where we find ourselves unable to write a complete sentence, never mind taking a thought to its logical conclusion. There are promises that have not transpired, both in the developed West, which have become police states; and in the East which have merely become fodder for production and consumption.”

The gentleman has a point. The Internet has altered our social behavioural patterns. According to a recent study in the US, family time used to be around five hours a day. Then along came laptops, smartphones and tablets; all of which contributed to drastically reducing this period to less than one hour out of 24. ‘Phubbing’ — that is, the act of snubbing someone in favour of a mobile phone — has led to diminished social interaction. Then there is the matter of online porn. The World Wide Web is home to more than 400,000 such sites. Some quarter of a billion people access these; translating into 450 million hits a month. And that is not all. Close to 2.5 billion emails said to contain pornographic content hurtle along the Internet highway every single day. 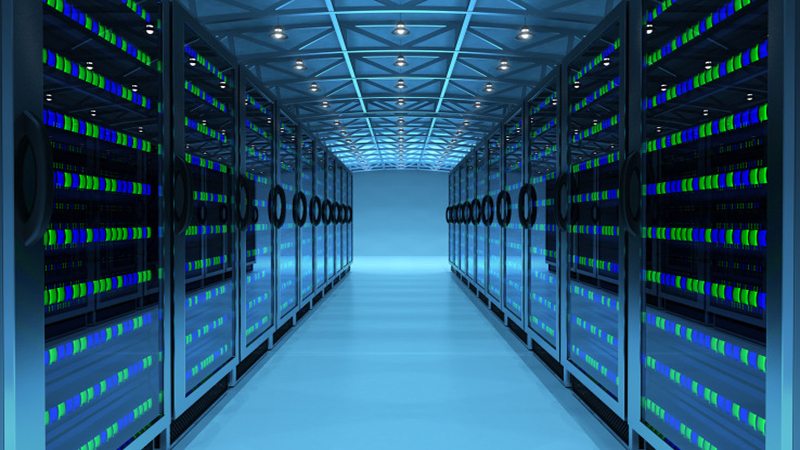 Pakistan’s total retail market is worth $40 billion. A year ago, the retail value of E-commerce in the country was estimated to be worth $60 million and it appears to have been doubling every year for the last couple of years. With the number of Internet, broadband, and smartphone users continuously on the rise — Pakistan’s E-commerce market is expected to surpass the $1-billion-mark by 2020.

There are some 3.6 million workers worldwide who operate on a freelance basis. Pakistan is home to some 176,000. This ranks us the world’s number four in this regard, behind the US, India and the Philippines. We have the third largest contingent of IT freelancers (E-lancers), after India and the US; thereby earning us around $1 billion in foreign exchange. However, in terms of revenue, we are the region’s fourth after India, the Philippines, and Bangladesh.

This is because most of our online IT workforce cannot bid for complex, high paying projects. For Pakistan to move forward, therefore, and increase considerably the estimated $3 billion that it earns in IT-related revenue — largely by way of the export of IT products, services, and E-lancing — it needs to focus on upping Internet penetration and, of course, improving the quality of education across the IT sector. A good place to start would be encouraging graduates to become self-employed; either through E-lancing or by way of small start-ups, while bringing initiatives like Punjab’s E-Rozgaar, Plan9 and PlanX fully on board. Further, IT institutions should be subsidised to realise on-campus E-lancing labs, centres for entrepreneurship and technology parks; thereby facilitating the entry of both students and recent graduates into this lucrative market.

Certainly, more local services, too, need to be brought into the Internet Age. Meaning that key business processes in both the public and private sector must be automated in order to fully benefit from IT advances. Pakistan’s tele-density, mostly through mobile phones, stands at around 70 percent. Yet with smartphones costing around one-tenth of the minimum monthly wage here in this country, even with IT revenue growing at 30-40 percent annually and 4G technology in place — it is estimated that Pakistan’s IT revenue currently stands at a mere 1.03 percent of GDP. Though it is thought that this can grow to 5 percent, with more than 60 percent of the population using the Internet. But given that only 15 percent of the 20 million that are eligible for higher education have access to this — the challenges remain immense. Thus, they key is to aggressively drive for higher literacy rates as well as cheaper Internet costs.

Whether we like it or not, the world is interconnected. And this is not going to change any time soon. Especially considering how we are experiencing the rapid growth of the “Internet of Things” that gives us all sorts of interconnected smart devices. Indeed, market analysts predict that by 2020 we will have some 50 billion of the latter. Thus we need to prepare ourselves not only to ‘profit’ as much as we can from this new world order — we also need to ensure that we contribute to its peaceful use. We can do this by: investing in education through on-campus and distance learning modes; financing IT human resources by way of modern curricula and training in contemporary technologies; continuous awareness about cyber security issues by seamlessly integrating this into the academic curricula right from the early years of education; preventing children from using screens during their formative years; and making policies that facilitate achievement of these goals.

The writer is principal of Punjab University College of Information Technology (PUCIT). He can be reached at [email protected]