Why is Dera Ismail Khan a hotbed of terrorism?

Major Ishaq, 28, was another son of the soil who laid down his life fighting terrorists in an Intelligence-based operation (IBO) in Dera Ismail Khan (DIK) – one of the southern districts of Khyber Pakhtunkhwa. He left behind a widow and a year old son. When their photographs surfaced on social media, the nation was moved to tears.

Dera Ismail Khan has a population of more than 1.6 million people. It is located 400 Kilometres south-west of the federal capital, Islamabad. The district has long been a hotbed of terrorists of all hue.

DIK is a very important city strategically. It serves as a junction point which connects the four provinces and the Federally Administered Tribal Areas (FATA).  The Frontier Region Dera Ismail Khan (FR DI Khan) is a small administrative unit in FATA; it is administered by district coordination officer (DCO) DIK. It is named after DIK which lies to the east and also borders the South Waziristan Agency to the north, Dera Ghazi Khan and Musa Khel to the south and District Zhob (Balochistan) to the west. The main village of the frontier region is Drazinda, just 80 kilometres away from DIK, which borders South Waziristan.

Owing to its strategic importance, during the Afghan Jihad, DIK served as a gateway for Punjabi militants fighting against the Soviets in Afghanistan. During the 1990s, the district served as a recruitment-centre by the militant organisations operating in Azad Kashmir that has organisational structures and offices operating in the city overtly.

A chain of Deobandi Madaris was set-up in DIK to serve as recruitment centres for the Afghan and Kashmir Jihad. Hundreds of thousands of Afghan refugees also flocked to the city, disturbing the ethnic and socio-economic balance of the district. A city formerly known for it’s peaceful nature was quickly radicalised.

The banned outfit Lashker-e-Jhangvi (LeJ), notorious for violence against Shia Muslims, took full advantage of the jihadi milieu and unleashed a spree of violence against the Shia Muslims of Pakistan. Around 500 Shia Muslims have been killed in D I Khan in a series of targeted killings and suicide bombings. Unfortunately, the media and the authorities always keep mum over the sufferings of the marginalised Shia community in DIK. This past week, three Shia youth were gun down, whereas figures suggest that more than 400 Shia Muslims have been killed during the last ten years or so.

Owing to its strategic importance, during the Afghan Jihad, DIK served as a gateway for Punjabi militants fighting against the Soviets in Afghanistan. During the 1990s, the district served as a recruitment-centre for militant organisations operating in Azad Kashmir

Despite this carnage, the terrorists failed to foment sectarianism in the city as people from various sects live amicably. This is the only positive aspect of this tragic story. However, the media, human rights activists and the authorities must be questioned about their silence.

Fast forwarding to the post-TTP era, the LeJ turned their guns on the security forces of Pakistan. Other than Shia Muslims, the police, the army, the Frontier Constabulary and the civil and military intelligence apparatus becomes the legitimate target of the LeJ with the support and collaboration by the TTP. More than a hundred police officials, including senior officers, embraced martyrdom in the line of duty.

When the army conducted operations against the terrorists in South Waziristan, DIK served as the most important logistic base. The military and the police in IBOs broke the back of the LeJ network in DIK but failed to eradicate them completely.

The presence of extremist Madaris and LeJ recruitment networks in D I Khan is the main cause of the failure of law enforcement agencies to eradicate terrorism from the district completely. Kulachi, the administrative subdivision where Major Ishaq was martyred is one such area in the suburb of DIK that serves as a major terrorist sanctuary. The areas adjacent to FR D I Khan and peripheries along the DIK-D G Khan super highway also host anti-state elements. 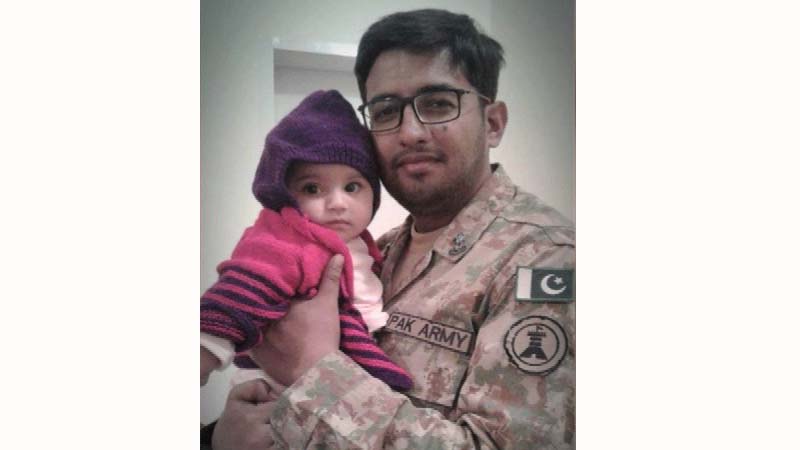 The judicial system in DIK has been an utter disappointment as not a single terrorist has been convicted in the court of law. Instead all the terrorists so far, have been killed in police encounters. Meanwhile the financiers and backers of these terrorists have never booked. Their conspiracies have never been made public. The KP Prosecution Services (KPPS), a separate department for prosecution has also failed bitterly to cope with the extraordinary circumstances in DI Khan.

The ruling Pakistan Tehreek-e-Insaf (PTI) has claimed that it has introduced reforms in the KP police department, but the police department in DIK remains ill-equipped, ill-trained and lacks expertise in investigation, intelligence and counterterrorism. On several occasions, the military had to come forward to restore peace.

One major reason for DIK’s continuation as a terrorist-hotbed is the fact that despite counter-terrorism operations, the extremists who propagate the terrorist narrative have never been booked. This allows them to recruit more foot soldiers for terrorists involved in attacking innocent people and state institutions.

The continuation of the nexus between anti-state elements and sectarian murderers in DI Khan’s madaris is the prime cause of the failure of the law enforcement agencies to root out terrorism from DIK. A full-fledged military operation is mandatory to achieve lasting peace in DIK.

In order to root out terrorism from DIK and restore peace, the provincial government needs to lead the initiative as administrative and governance issues fall beyond the military domain. Civilian law enforcement, especially the police needs to be de-politicised, strengthened, better equipped and trained with a proactive civilian intelligence network. The courts need to speed up the trials, prosecution department to step-up the prosecutions function so that the terrorists along their supporters can be convicted through courts.

The writer is a journalist & analyst based in Islamabad. He tweets at @kashifaliraza and can be reached at meetkashi514@gmail.com