LAHORE: The Punjab Commission on the Status of Women (PCSW) on Friday launched 16 Days of Activism Campaign to end violence against women and girls all over Punjab.

During 16 Days of Activism PCSW aimed to sensitize key stakeholders to undertake concrete measures to end violence against women and girls in Punjab. For this purpose, PCSW has organized a series of events in all divisions of Punjab, to raise awareness and rally support for elimination of gender-based violence. During the period of 16 days, awareness sessions on women’s rights and laws for the protection of women have been planned in district-level colleges for boys and girls. In addition, PCSW will support White Ribbon’s nation-wide “Million Men March” to engage men and boys. In Lahore, an art competition has been organized, where talented young girls from Hamza Foundation for Deaf Children will make artwork and posters on the theme of ‘Leave No One Behind’ in the movement to end violence against women and girls. A number of activities have been planned at the Transitional Home for Women in Lahore, which include a tableau performance by residents, Poster Competition, and awareness sessions on Breast Cancer as well as Women Economic Empowerment. Awareness and information sharing sessions will also be held at Punjab University, Lahore College for Women University and Kinnaird College for Women. Member PCSW Lahore Division Umm e Laila along with PCSW official was present at the moment. In this connection, a press conference held in the office of Commissioner Lahore Division, Chairperson PCSW, Fauzia Viqar stated that as a society and as a nation, we must fight to end discrimination against women and ensure that women are protected adequately. She also said that the stability and growth of any society is directly linked to the status of women. Therefore, any act of violence against women and girls must be taken as an attempt to sabotage the social order. Rights-based education must be promoted in all schools and colleges, to ensure a more empowered, gender sensitized and inclusive society.

Chairperson PCSW urged all stakeholders to contribute actively and effectively in building a strong, value-based society that empowers women across the board. No religion sanctions any form of violence against women and girls because every religion preaches peace, harmony and tolerance, which are key elements for the progress and prosperity of any nation. Fauzia Viqar further highlighted that PCSW is operating through its Board Members and Divisional Coordinators in all divisions of Punjab to give suppressed women a platform to voice their grievances. To this end, PCSW operates a toll-free helpline (1043) in order to provide information about women’s rights and services, and registers complaints in case of lack of response or inaction by government functionaries in Punjab, she said. 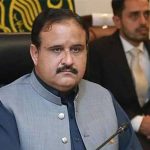 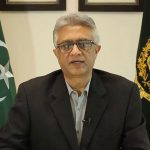 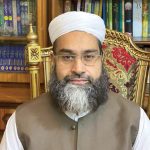 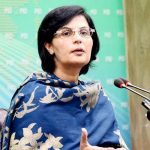