SA refuses debate on failure to control pneumonia in Sindh 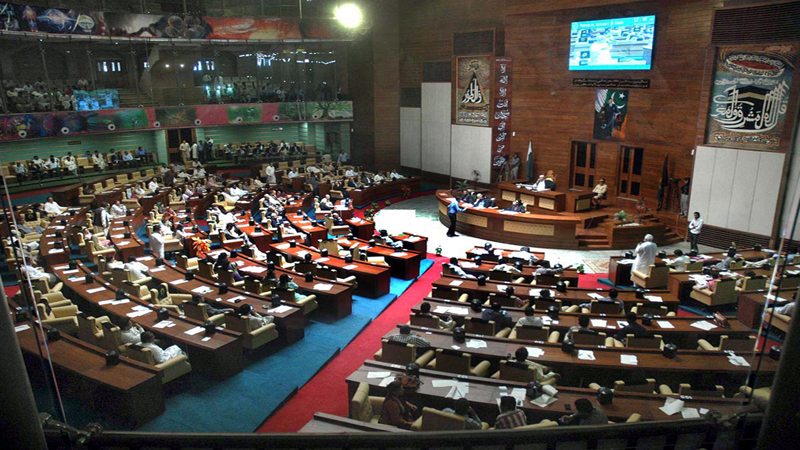 An estimated 20,000 children die of pneumonia annually in the province. Rejecting an adjourned motion tabled by an opposition member, the ruling party members outright refuted to discuss on the matter.

The provincial assembly turned down the move tabled by Pakistan Tehreek-e-Insaf (PTI) member Khurrum Sher Zaman. Zaman was of the opinion that this was a critical matter and needed to be discussed on the floor. In Pakistan, 90,000 children die before the age of five due to pneumonia every year. This includes 20,000 children of Sindh as well.

However, Pakistan Paediatric Association (PPA) Sindh President and National Institute of Child Health (NICH) head Dr Jamal Raza told Daily Times that in an unpublished study compiled recently, it came to be known that only 40 percent children were immunised in Sindh.

Sindh is far behind Punjab and Khyber Pakhtunkhwa where EPI coverage is around 85 percent and around 60 percent, respectively, he said.

Although lawmakers in Sindh Assembly have repeatedly recommended legislation on compulsory immunisation to improve the current state of the coverage, no concrete action had been taken so far. Khurram said that lower level of EPI coverage compared to other provinces was leading to poor results in tackling pneumonia in the province. The matter was of public importance and should be discussed on the floor of the house, he said.

“Although Sindh government has taken some measures improving EPI coverage, but despite all efforts, end result remained not satisfactory,” Dr Jamal said. “Without point scoring, every segment of the society including government, opposition, health fraternity, media and others should play their role in creating more awareness about the importance of routine immunisation so that parents get their children immunised on time,” he added. Pneumonia is a form of acute respiratory infection that affects the lungs. The deadly virus and bacteria of pneumonia is in the environment and effects malnourished and children with low immunity first.

Meanwhile, the Sindh Assembly addressed its entire agenda on Wednesday except the debate on pneumonia.

The Sindh Assembly met for two hours and 28 minutes. The sitting started at 1145 hours against the scheduled time of 1000 hours. The speaker presided over the sitting for an hour and 20 minutes while the deputy speaker chaired the rest of the sitting.

As many as 40 (24%) lawmakers were present at the outset and 49 (30%) at the adjournment of sitting. The parliamentary leaders of PPPP, MQM, PML-F, PML-N and PTI attended the sitting. Five minority members were also present. Parliamentary Affairs minister introduced the Sindh Livestock Registration and Trade Authority Bill, 2017 in the house.

As many as four out of seven starred questions were responded to by the relevant ministers during the question hour. Lawmakers asked 25 supplementary questions as well.