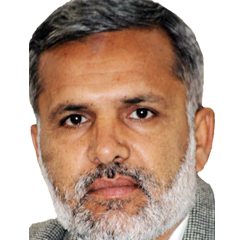 Though inter-state relations are predominantly governed by national interests, powerful states are not justified in the exhibition of selective morality and being unfair in their foreign relations.

Unfortunately, most of the global powers — like the US, Russia and Britain follow policies that aren’t consistent with their known commitments to justice and liberty. This injustice — or selective morality- is clearly visible in the constitution of the UN Security Council. Veto power in the hands of the great powers means that if any P-5 member or their allies is the aggressor or wrongdoer and the entire world unites against it in the UN, no adverse action is possible as the P-5 member vetoes any suggestion.

Another example is their take on Pak- India relations. Their relations, with both being nuclear powers, just cannot be allowed to deteriorate because if a war breaks out between the two, it can have dangerous repercussions for global peace. The US famously urges Pakistan and India to resolve their issues through mutual negotiations. Britain too urges Pakistan and India to find a lasting solution for Kashmir. But none of them is prescribing a solution or acting as a mediator.

When major world powers — The US and Britain for example, insist India and Pakistan should resolve their dispute through mutual dialogue and refuse to mediate or condemn India for its atrocities in Kashmir, they are actually toeing Indian lines.

Justice means rendering everyone their due, as famous Greek philosopher Plato reported his mentor Socrates to have said. Morality and justice demand that one must have the moral strength to call a spade a spade.

When major world powers — the US and Britain for example — insist that India and Pakistan should resolve their dispute through mutual dialogue and refuse to condemn India for its atrocities in Kashmir, they are actually toeing the Indian line

It is but injustice if India, which is clearly the wrongdoer in Kashmir, being the violator of several UN resolutions on Kashmir and whose leaders openly admit helping breaking up Pakistan in 1971 and vowing to cause a permanent drought in Pakistan against all international norms — is treated at par with Pakistan — which is trying its level best to bring India to the negotiation table for resolution of the Kashmir dispute.

As India is not ready to talk to Pakistan, accusing Pakistan of state terrorism — an accusation not substantiated as yet and for which Pakistan is ready for any international investigation — Pakistan rightly urges major powers for mediation on Kashmir. India rejects this line, insisting Kashmir is a bilateral dispute between the two countries.

One fails to understand how Pakistan and India can resolve their disputes peacefully and through mutual discussions when India is not ready to talk to Pakistan and powerful nations are silent spectators lest any offer for mediation or any criticism of perpetrated state-violence by India in Kashmir displease India -a big economic market.

The US and Britain say they are perturbed over violence in Kashmir and urge patience. It is welcome but what is objectionable is when the oppressors and oppressed are literally dealt with equally, the oppressor is not asked to refrain from using brute force against the peaceful demonstrators and the unarmed oppressed Kashmiri civilians are not openly supported in their legal fight for self-determination.

What else can continuous silence on blatant heinous human tragedies caused by brute force used by “allies” such as Israel and strong reaction to similar incidents perpetrated by “others” such as Saddam era Iraq be called if it isn’t plainly apparent double standards and selective morality?

While Israel is allowed to stockpile loads of nuclear arms with active connivance and no hostile military action is initiated against it even when it blatantly and arrogantly rejects UN resolutions on the halt of extending settlements, Iraq is attacked and its cities turned into heaps of debris and hundreds of thousands of its innocent civilians are killed under the false pretext that it is stockpiling WMD’s despite report to the contrary by UN inspectors.

It is unfair if Palestinians— whose lands have been usurped and who are being displaced and denied human rights are dealt on equal terms with Israel, which openly violates and rejects international laws, UN resolutions and any serious efforts for peaceful solution of its issues with Palestinians.

Reluctance shown by the World Bank — the designated mediator on the 1960 Indus Water Treaty (IWR) between India and Pakistan — to mediate on the issue is another case of this selective morality. While Pakistan — being the aggrieved party for India’s purported violation of IWT terms — repeatedly requested that the WB set up a court of arbitration as per the terms of IWT and asked it and the US to help resolve its IWT dispute with India, the WB remained disinterested and eventually suspended all its processes. The setting up of a court of arbitration or the appointment of a neutral expert on the issue when India asked it not to rush in to resolve the issue. As things unfolded, the State Department too said it wanted India and Pakistan to resolve all outstanding issues bilaterally (without any third party mediation) which were but only toeing the Indian line.

Equally unjust is the stereotype that all Muslim states are radical and rogue nations. Extremist political or religious groups have never obtained absolute majority in any Muslim country in any general elections. Such groups either don’t have the courage to take part in democracy and if they do, they have the lowest popular support base, often standing at less than one percent.

Strangely enough, it is the commonly known “democratic” nations like India, USA and Israel where extremists groups like Modi, Trump and Netanyahu are voted to power by the electorate while their rivals are defeated.

For example, the Jamaat-e-Islami in Pakistan envisions an ideological Islamic state and often talks of Jihad against India but it doesn’t have any worthwhile political support base that could land it in the corridors of power in Pakistan — it obtained only 0.4 percent of the total polled 46 million votes in the 2013 elections and won just 4 seats in the 342-member National Assembly.

And notwithstanding the fact that India is praised as one of the biggest democratic and liberal societies in the world and Prime Minister Narendara Modi’s Bharatia Janata Party bases its electoral campaign on narrow Hindu Nationalism and dangerous anti-Pakistan rhetoric, it has a big public following and was voted to power with a clear majority in the 2014 Indian General Elections. It contested 437 seats of the total 543 seats in the Lok Sabha and grabbed 282 seats, polling over 31 percent of the total polled votes.

Against this, most of the voters in Pakistan who are often ‘chastised’ as intolerant and extremist have been historically supporting two and recently three parties. These are the Pakistan Muslim League-Nawaz, Pakistan People’s Party and Pakistan Tehreek-e-Insaf. The three parties jointly polled around 30 million of the total 42 million votes in the 2013 general elections.

The writer is a Pakistan-based academic and researcher who has written extensively on social issues. He blogs at www.tahirkatlang.wordpress.com and can be reached at tahir_katlang@yahoo.com