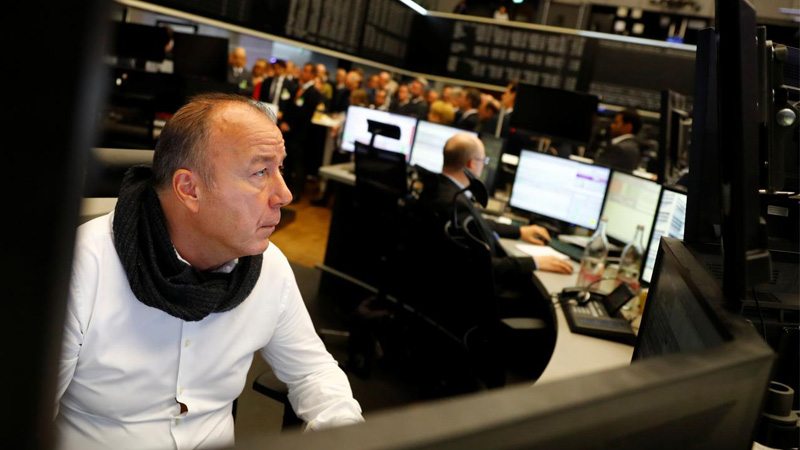 LONDON: World shares scaled yet another record high on Wednesday, propelled higher by a bullish growth and company earnings outlook, as well as investors’ unflagging enthusiasm for technology stocks.

Emerging markets too were on a roll, lifted by a weaker dollar and inflows into Asian assets, with little sign of spillover from Turkey where the lira plumbed a new record low. With oil prices approaching a 2-1/2-year top and global tech making more gains, world stocks have taken just nine days to surpass their previous record peak, while MSCI’s emerging markets index touched new six-year highs.

Ipek Ozkardeskaya, senior analyst at asset manager London Capital Group, noted markets had also shrugged off doubts that the US President Donald Trump would be able to pull off promised tax reform. “There is some optimism in world equity markets,” Ozkardeskaya said. “(But) we can’t say the rally will fade soon because if you look at volatility measures there are signs of no anxiety in the market,” she added, referring to the VIX index – known as Wall Street’s “fear gauge” which fell to around two-week lows.

A key feature of the rally has been all things tech, with the S&P technology index closing 1.2 percent higher on Tuesday, helping all three Wall Street indexes to record highs. That has fed through to Hong Kong’s Hang Seng index which added around 1 percent to vault past the 30,000-point level for the first time in 10 years. Hong Kong-listed Tencent has leapt past Facebook this week to become the world’s fifth-most valuable company.

Instead they have cited the strengthening global economy, booming trade and company earnings which are growing around 10-15 percent. Goldman Sachs for instance raised its earnings estimate for S&P 500 companies in 2018 and 2019, citing the expected US tax reform, above-trend global and US economic growth and slowly rising interest rates from a low base.