US renews grant for clearing bombs in Cambodia 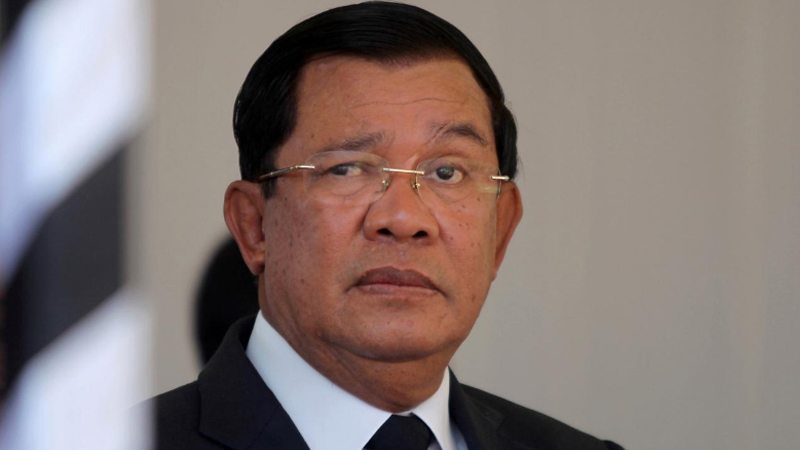 PHNOM PENH: The United States on Wednesday opened a $2 million tender to help clear unexploded bombs in Cambodia weeks after the government’s mine clearance agency said its US funding had been stopped.

Relations between Cambodia and the United States have spiralled downwards this year with the government accusing Americans of involvement in a plan by detained opposition leader Kem Sokha to bring down Prime Minister Hun Sen.

Washington has rejected the accusations as baseless.

Last week, it said it was cutting aid for next year’s election and would take further steps after the opposition Cambodia National Rescue Party (CNRP) was dissolved by the Supreme Court at the government’s request. The US embassy said it was accepting applications for a $2 million one-year grant to survey and clear unexploded ordnance in eastern Cambodia, which suffered heavy US bombing during the war in neighbouring Vietnam.

“The United States has supported humanitarian demining in Cambodia for over 20 years and is committed to addressing our war-time legacy,” Ambassador William Heidt said in a statement. “We are looking for the best national and international experts.”

The size of the contract matches the amount which the government’s Cambodian Mine Action Centre said earlier this month had been cut from funding it received from the United States through Norwegian People’s Aid.

“We welcome the commitment in taking part in addressing the legacy of the war,” said Huy Vannak, undersecretary of state at the Interior Ministry. China, now Cambodia’s closest ally, was quick to step in with an offer of help for demining soon afterwards.

China is Cambodia’s biggest donor and investor and has played an ever more prominent role as Western countries have criticised a crackdown on the opposition, civil society groups and media ahead of next year’s election.

Although it has not taken action, the European Union pointed out last week that Cambodia’s access to duty free access vital to its garment industry depended on respect for human rights. Hun Sen told garment workers on Wednesday that they would be the ones to suffer – not him – if the access was withdrawn. European Union countries accounted for about 40 percent of Cambodia’s exports in 2016. Most of that was clothing. “You must remember clearly that if there is any cut of buying orders, it’s all the fault of a group of people of the opposition party,” Hun Sen told garment workers in Phnom Penh. “Hun Sen won’t die but workers, you will die,” he said.

The prime minister accused exiled opposition leaders of trying to get sanctions imposed. They have so far said they would not call for measures to curb trade because of the impact it could have on the livelihoods of an estimated 700,000 garment workers. Cambodia’s economy has proved largely immune to political turbulence. The World Bank said on Wednesday it expected the economy to grow 6.9 percent next year, compared with a projected 6.8 percent pace in 2017, despite risks including uncertainty over the election.