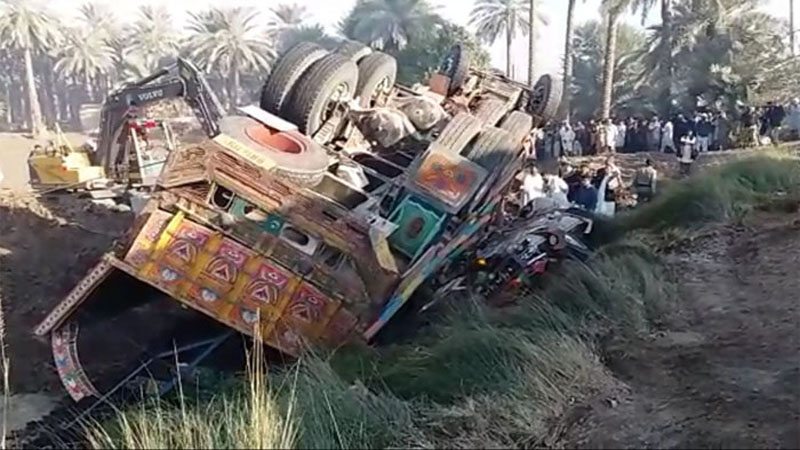 KHAIRPUR: At least 21 passengers travelling on a Sukkur-bound wagon coming from Hingorja lost lives while three others sustained injuries when a coal-laden truck rammed into it.

Fifteen passengers were died on the spot while six others succumbed to their injuries at Civil Hospital Khairpur.

The motorway and Khairpur police reached on the spot after 2-3 hours of the incident during that period nearby people rescued the injured and removed bodies from the vehicle.

Most of the deceased were belonging to traders and labourers used to go to Sukkur on their routine work. The incident happened at around 6.10am.

Meanwhile, Sindh Chief Minister, Murad Ali Shah expressed his deep shock over the accident and directed deputy commissioner Khairpur to ensure better treatment to injured and shifting of bodies to the native places of deceased.

Former Sindh Chief Minster, Qaim Ali Shah expressing his grief over the lost of precious lives has asked the Sindh government to compensate the heirs and better treatment to injured. Police said that driver of the truck managed to escape from the spot.