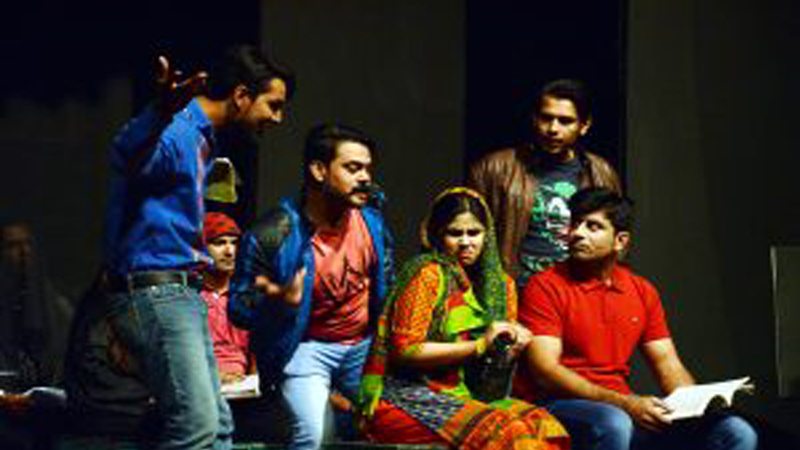 LAHORE: Speakers at the session ‘Politics, Activism and the Way Forward’ during the last day of the 3rd Faiz International Festival 2017′ Sunday said that politicians were reluctant to confront religious issues in Pakistan.

They said that the ongoing sit-in in Islamabad was the failure of the government.

The session was part of last day of the 3rd International Faiz Festival.

Aitzaz Ahsan has said that there was an agreement with the government of Pakistan Muslim League-Nawaz (PMLN) to support the Khatm-e-Nabuwwat Bill in parliament just to end the sit-in of the Tehreek-i-Labaik Ya Rasool Allah. “Once the matter will be solved, an amendment will be presented to end ‘controversial clauses for misusing of the act against any person’.”

He claimed that he solely reacted against various clauses of the bill, citing reference of a clause of the bill that states that if anyone lodges a complaint against any other Muslim about Khatm-e-Nabuwwat then he/she will have to provide declaration to prove his belief. “This clause can easily be misused in upcoming elections as anyone can accuse his opponent of blasphemy.”

He went on to say that he had started avoiding using term ‘minorities’ for non-Muslims, “as the term itself was discriminatory”. “We all are Pakistanis and no one is minority or majority,” he said adding: “If Pakistan’s constitution was to be written during Quaid-i-Azam Muhammad Ali Jinnah’s era then a Hindu Minister JagarNath Das would have written it.”

He added, “From Jagar Nath to Justice Bhagwan Das every Hindu has played his role in the history of Pakistan. In 1965 war, we felt safe because we knew that a Christian pilot Cecil Chaudhry was in the air to protect the air borders of the country.”

“Durab Patel – a Parsi judge – who refused to follow the orders of Gen Ziaul Haq and stood against his martial law – Jimmy engineer and Bhapsi Sidhwa are better Pakistanis than us, he maintained.

In his address, Asad Umer said that politics in Pakistan was revolving around the ‘tit for tat’ policy, especially after 1985. He said that Pakistan did not need a political leader but a reformer who could guide the nation in a proper way. “Extra-constitutional forces intervene in the political system as we always overestimate their powers.”

“Ziaul Haq, who died 30 years ago, has become an excuse for all of us and we put blame on him. But the fact is that we are still having his philosophy in our society and his legacy is still alive,” he said.

Afrasyab Khattak said that the state should not intervene in political parties’ internal matters. Afrasyab also focused on the new ‘Charter of Democracy’, which could bind political parties not to get help from parliament. “We need to change from geostatic policy to geo-economical policy and focus on projects like the China-Pakistan Economic Corridor (CPEC) and stop intervening in neighbouring countries.”

Mian Mujtaba Shujaur Rahman said, “Every democratic government tries to solve all matters in a democratic way and the government’s utmost effort is to end the sit-in in Islamabad through dialogue as using force is not in favour of anyone.” He said that the government was not hesitating in confronting religious issues but such sensitive issues needed to be tackled amicably.

Dr Asim of the AWP said, “We need to decide whether we want to live in Zia’s Pakistan or not.” He added that mainstream political parties did not want to deal with religious parties. He suggested that controversial syllabus should be tabled in parliament and it should be approved by legislators.