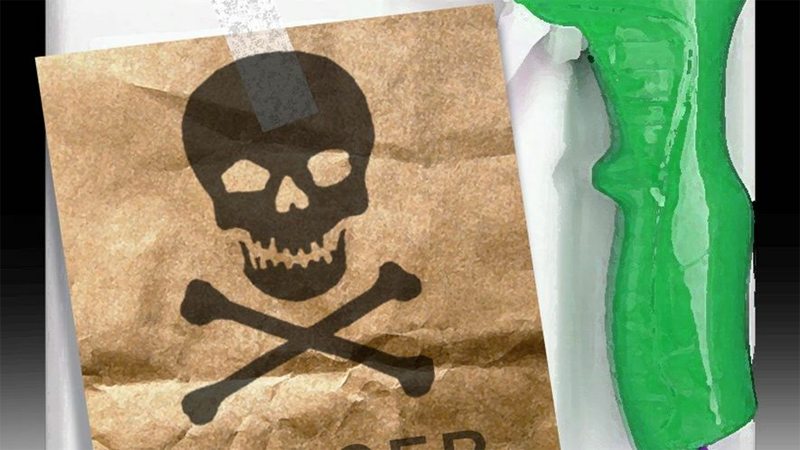 A particularly egregious example is the National Institute for Environmental Health Sciences (NIEHS), a National Institutes of Health agency in the Department of Health and Human Services. Evidence is piling up that Director Linda Birnbaum’s $690-million-per-year NIEHS has been colluding with activists in international agencies, anti-chemical pressure groups and even trial lawyers, to undermine the U.S. regulatory process.

Its principal collaborators are the International Agency for Research on Cancer (IARC) in France and Ramazzini Institute in Italy. The three groups have become adept at using the “precautionary principle” and manipulating science to label modern industrial and agricultural chemicals as somehow dangerous and carcinogenic, despite thorough safety testing by regulatory agencies in the United States, Europe and elsewhere. Ms. Birnbaum & Co. waged a 15-year, $170 million campaign against Bisphenol-a (BPA), a high-performance compound found in many plastics. Their current target is glyphosate, the active ingredient in the herbicide RoundUp, but they have many other chemicals, food additives and genetically modified organisms (GMOs) in their crosshairs.

Over the past 40 years, virtually every reputable regulatory agency and scientific body has determined that glyphosate does not cause cancer, including the European Food Safety Authority, European Chemicals Agency, German Institute for Risk Assessment and U.S. Environmental Protection Agency. More than 800 studies demonstrate its safety.

IARC alone says glyphosate causes cancer – just as it has all but one of the 900-plus chemicals it reviewed over the decades, often using studies conducted by Ramazzini, which is behind bogus claims that cell phones and artificial sweeteners cause cancer.

Regulatory bodies from Europe to the United States and New Zealand have investigated and criticized Ramazzini’s sloppy, substandard pseudo-science. But Ms. Birnbaum is still a member of the Collegium Ramazzini and has directed more than $90 million in NIEHS taxpayer funds to her Ramazzini colleagues, who have served on many IARC “expert panels.”

Primarily through the NIEHS, the U.S. is also IARC’s biggest donor. It even earmarked $4.2 million to support IARC’s current effort to list more agricultural and industrial chemicals as carcinogens. NIEHS also plays a lead role in coordinating and directing these activities.

The end result, if not the goal, is to undermine public confidence in science-based risk assessments, lend credibility to agitator claims that countless chemicals contaminate our foods and imperil our health, frighten consumers about products, and let predatory lawyers run roughshod.

Indeed, more than 1,000 U.S. lawsuits already claim glyphosate causes cancer, and law firms are running ads saying anyone who has cancer and was ever exposed to glyphosate in any form or amount may be entitled to millions in compensation.

A similar tactic makes the oft-repeated but never-proven claim that “endocrine disrupting” chemicals, which don’t cause cancer or other harm in high doses, somehow do so at barely detectable levels. Another clever ploy claims no exposure is needed; kids get cancer because their parents or even grandparents were exposed to something.

Just as troubling, the 2014 advisory group that decided which substances IARC would review was led by activist scientist Christopher Portier, who worked for years for NIEHS and Ms. Birnbaum.

Investigative journalists David Zaruk and Kate Kelland found that Mr. Portier also served for years as the U.S. government liaison to IARC – driving the glyphosate review while working for the anti-pesticide Environmental Defense Fund, and serving as the only “consulting expert” on the working group that labeled glyphosate carcinogenic. Meanwhile, Mr. Portier was being paid by the lawyers who are bringing the glyphosate lawsuits – an engagement that has netted him at least $160,000 so far.

Even more outrageous than these blatant conflicts of interest is the way IARC secured its guilty verdict on the RoundUp chemical. As Ms. Kelland explained in a separate article, IARC repeatedly ignored or altered studies and conclusions that exonerated glyphosate.