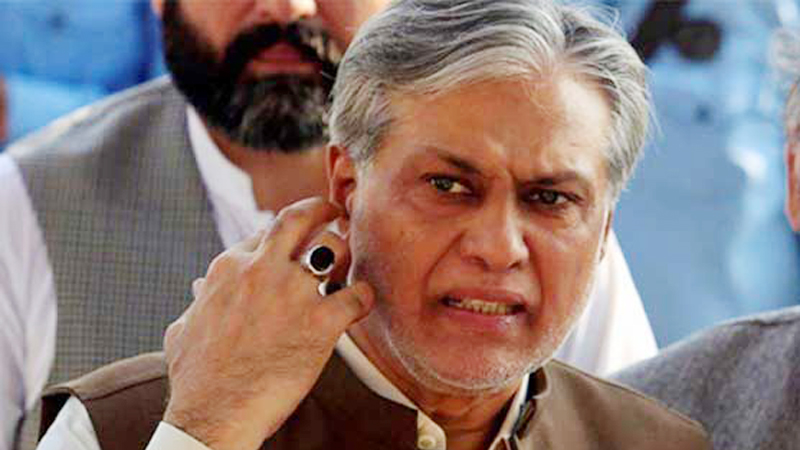 However, sources inside the Pakistan Muslim League-Nawaz (PML-N) denied the reports.

Later, Prime Minister’s spokesman Musadik Malik stated that in light of Ishaq Dar’s health, the Finance Ministry portfolio had already come under the prime minister’s control as per cabinet rules. The spokesman added that the prime minister was taking regular briefings on matters of finance and was managing the portfolio efficiently. Also on Saturday, State Minister for Information and Broadcasting Marriyum Aurangzeb termed the rumours of Ishaq Dar’s resignation fake. “Ishaq Dar is just not well. He has not resigned from his post.” Maryam Aurangzeb also said that Dar had boosted the confidence of the business community in Pakistan’s economy through his hard work.

Earlier, sources had said that due to a precarious economic situation, the PM was keen to make an announcement to this effect within a few days. However, Marriyum Aurangzeb said that the report was not true.