Mechanical watches and their artistic value

Beautiful ticking timepieces, orchestrated at the workbench, will continue to be revered by watch enthusiasts

My fascination for mechanical watches began at a very young age. When I was five, I remember opening up a drawer in a metal closet, stacked away in a storage room, and making a discovery, that would forever change the way I think and would lead me to intrinsically become involved in the collection of Haute Horlogerie. What I found was a treasure, a mechanical pocket watch-silently sleeping, sitting there for the past three decades; waiting to be awakened by me.

And with a couple of winds, the beast was brought back to life. I, being an extremely inquisitive child, with a knack for the antiquities, got on my mission to open-up the caseback to view the mechanical part. Managing to open up the case back left me enthralled, flabbergasted and awe-struck for the remainder of my childhood. It was an out of body experience, as if an enchantment had took a hold of me and I had found my calling, a likeness for the art that lay within.

Seeing the tiny parts and something so beautiful made from an assemblage of stones and metals intrigued my interest further in the horological art. The pinion, barrels, pivots, plates, wheels and jewels all put precisely in order by a watchmaker, using their hands and brain is no less than a person wearing the white overcoat, giving life and making such inanimate objects functional.

Over the years my fondness for mechanical watches has only increased, and for me it’s not about timekeeping. It is rather about the artistic value of a timepiece. Yes, in this day and age, mobile phones, tablets, quartz and smart watches can all tell time and not the best of mechanical watch can compete with the precision of any mobile phone, but for a watch aficionado like myself, timekeeping is not an issue. It is about the art, and as the saying goes,“There are painters who transform the sun into a yellow spot, but there are others who, thanks to their art and intelligence, transform a yellow spot into the sun.”

For Art is Art and only a person who truly values it,and understands it s the person who admires it-no matter how outrageous it might seem to someone else with a different inkling.

The Swiss handcrafted mechanical watches are lauded for their precision and pedigree and are synonymous with luxury. Swiss watches are generally regarded as the highest quality watches, but this wasn’t always the case. A German, Peter Henlein,is credited with making the first watch, miniaturising the clocks so that they could be worn as pendants or affixed to the clothing. And it was only at the start of the 20th century that the Swiss taking advantage of Switzerland as a very decentralised country were able to start producing mid-range high quality watches, and since then; they are considered as the epitome of high quality watch making.

There are three watchmakers which are considered as the Holy Trinity or The Big Three of Swiss Watchmaking: Audemars Piguet, Vacheron Constantin and Patek Philippe. There are certain historical reasons as to why they are considered as the Big Three. They have been in business for a very long period of time, without a hiatus in production since their founding, and have never made anything less than a haute gamma luxury product. Their movements have been hand finished, and are made for an art aficionado to admire, and something to be valued for the generations to come.

The pinion, barrels, pivots, plates, wheels and jewels all put precisely in order by a watchmaker, using his hands and brain, is no less than a person wearing the white overcoat, giving life and making such inanimate objects functional

For me personally, there is only one watchmaker that forms the Holy Trinity and that is: Patek Philippe; Patek Philippe; and Patek Philippe. Over the years, collecting Swiss-made mechanical watches, I have formed a certain fondness for Patek Philippe. It is the last independently owned watchmaker in Geneva. The company has been in the Stern family since 1932 and their vintage watches sell for an exponential amount at auctions.

Patek Philippe has never looked for any celebrity endorsements, sold its first watch in the 1850s and has run the same advert for the past two decades ,’ You never actually own a Patek Philippe, you just look after it for the next generation.’ The commercial has truly worked in their favour and attests to the quality and the craftsmanship put into each of their timepiece. The longevity and the beauty portrayed in the commercial truly shows the company’s mission and standing.

Patek has continuously set new records when it comes to selling their timepieces at auctions. Patek Philippe Super Complications Pocket Watch was sold for 24 million dollars, beating their own previous record and their Ref.1518 in Stainless Steel wrist watch was sold for an astounding 11 million dollars. Now someone might wonder, what’s so special about a steel watch that someone would be willing to pay millions of dollars for? For watch collectors it’s not about the material the watch is made of, but rather the rarity of the watch and there is nothing rarer than a complicated watch to be made in such a metal. 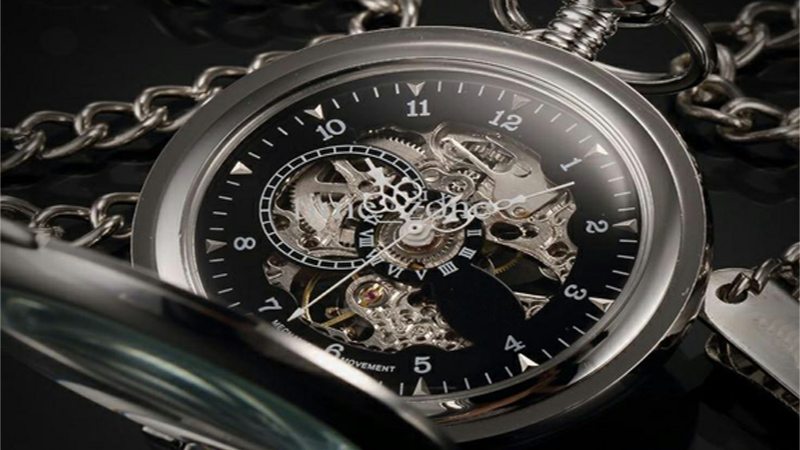 Another company that I greatly admire is Jaeger-Lecoultre and their reverso is an iconic watch. Jaeger-Lecoultre, in my opinion, should have been a part of the Big Three but they were mostly suppliers of parts to other watchmakers, concentrating less on their timepieces initially, is the reason why it’s not considered a part of the Holy Trinity.

Beautiful ticking timepieces, orchestrated at the workbench, will continue to be revered by me and other watch enthusiasts. I am and will always be enthralled by the refinement and the excruciating handmade craftsmanship put into each mechanical timepiece. No matter how absurd it is for someone else,I will and am equally awestruck with any piece of art I lay my hands on, as I were, when I was five.

The writer is a corporate lawyer and an alumnus of SOAS, University of London. He specialises in corporate governance issues and operates a law practice in Lahore called Sami Shah & Partners with offices in Toronto, Canada and Palos Verdes, California, USA. He can be reached at sami@samishahpartners.com