According to some estimates, there are eight million people in Pakistan addicted to drugs, most of them are in their youth

Recently, the nation celebrated Allama Iqbal’s birthday. #IqbalDay was among the top trends on Twitter for a few days. He was a famous philosopher, barrister, scholar, and poet of the East. He united all the Muslims of the sub-continent through his poetry. He was born at a time when the Muslims were living a very tough existence and were facing many hardships from the English rulers.

Iqbal led the Muslim minorities of India from the front. Pakistan is sagacious to have a poet that is revered not only within the country, but also in other parts of the world especially in Iran, India, Turkey, and countries which got independence from USSR. Iqbal’s Poetry encompasses almost all major segments of life. Among others, the major section of society that he tried to energise was the youth. He described youth as an eagle.

According to United Nations Population Fund, 63 percent of the whole population of Pakistan consists of youth. That makes it a country filled with youngsters and also the fifth ‘youngest country’ in the world. Pakistan is also home to several problems. Most them are terrorism and poverty related. These issues have clutched the unemployed youth severely and have made it desperate.

Currently, the youth of Pakistan is not what Iqbal envisioned it to be. He wanted to see his youth educated who could pursue a better, bright future instead of bleak, dark one that will lead it to eventual decline. The young generation is not far-sighted like the Shaheen but is narrow-sighted. It is at odds religiously, ethnically, politically, and socially.

Iqbal’s Shaheen is also taking drugs — making their lives complex for themselves and for others around them. It is becoming a futile exercise with the passage of time. According to some estimates, there are 8 million people in Pakistan who addicted to drugs, and most of them are young.

Today, the youth of Pakistan is being used for various political and religious objectives; it is time to become conscious of the sanctity of the matter. Universities have a number of students’ unions that are causing annoyance to the administration and to students themselves. Public sector universities and colleges are teamed with these organisations.

Though the students’ unions were banned under the verdict given by Supreme Court in 1993, still they are in full-bloom. They are causing colossal chaos and terror among those who are committed to their studies and aspire to follow Iqbal’s dream for Muslim youth. 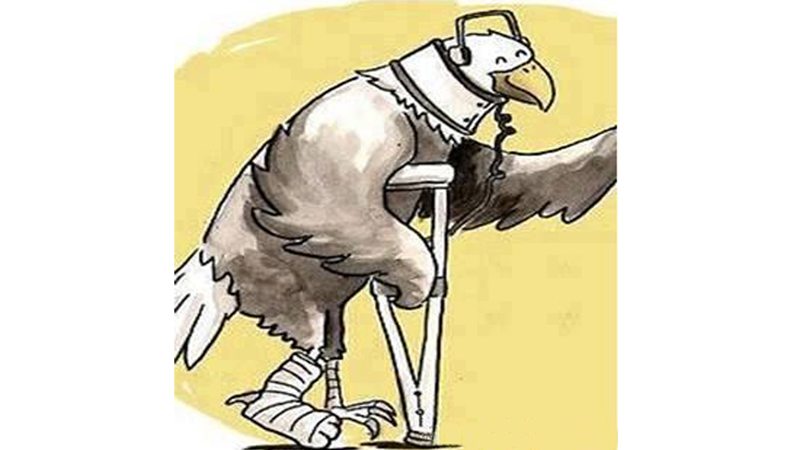 Iqbal never wanted to see his youth wasting time and settling political scores. He wanted it to equip itself with the knowledge and find out ways to uplift the standard of life in the light of the Holy Quran. He wanted youngsters to be in people’s good books.

The association of educated youth in deplorable activities throughout the country is raises alarm bells for the government and the nation. Ansar-al-Sharia consists entirely of educated youth from the best universities in Pakistan.

The interesting thing about this organisation is that some professors were also involved in promoting the outfit’s ideology and activities. Moreover, its network has existed in almost all the major cities. Its head Doctor Abdullah Hashmi admitted that the outfit consisted of the educated students from different universities of Pakistan like NED University of Engineering and Technology, University of Karachi, Dawood University of Engineering and Technology just to name a few.

Unfortunately, today Iqbal’s bird is everything else but a Shaheen.  It is involved in a lot of lurid activities. It is unable to gain glory through education, sports, and scientific innovations.

I do believe that Pakistan’s youth can still become Iqbal’s Shaheen; the only thing necessary is to become responsible citizens — one who observes rules and regulations and focuses on finding rays of hope. Shaheen was the ideal birth of Iqbal and he wanted every youth of the Muslim nation to aspire to be one.

The author is a political commentator and IR analyst. He can be contacted @junaidalimalik1 or junaidalimalik3@gmail.com.