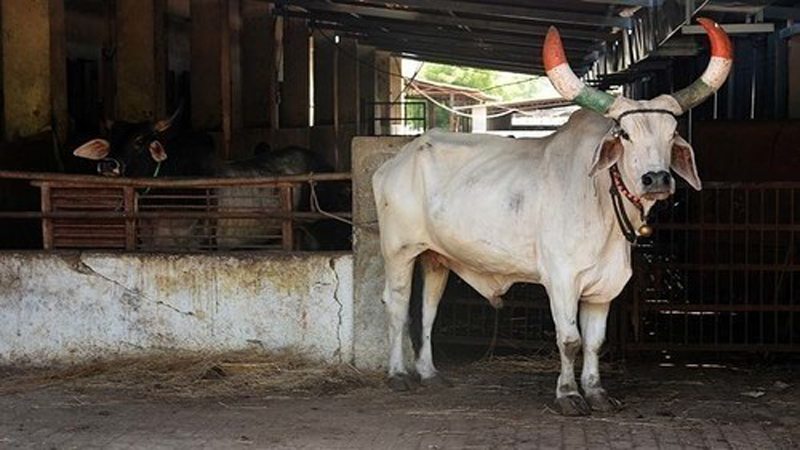 RAJASTHAN: A Muslim man was killed and another left critically injured by ‘cow vigilantes’ in India’s Alwar district of Rajasthan state, local media reported on Sunday.

The two Muslim men were targeted for transporting cows in the same area where Haryana dairy farmer Pehlu Khan was lynched by a mob in April this year.

A charged mob intercepted Umar Khan and his aide Tahir Khan when the two were taking four cows in a pick-up truck from Alwar to Ghatmika village in Bharatpur district. The mob allegedly harassed, assaulted and shot at the two men, resulting in the death of Umar Khan.

To cover up the murder, the attackers allegedly threw Khan’s body on a railway track. A train had run over the body when police found it. The remains were shifted to the Rajiv Gandhi Government Hospital in Alwar on Saturday.

Khan’s family approached the local police but were still waiting for registration of a first information report.

The survivor, Tahir Khan, escaped from the spot. According to the media reports, the two men belong to the Meo Muslim community, which has a significant strength in the Mewat area spread over Rajasthan, Haryana and some parts of Uttar Pradesh.

The Meo community staged a protest demonstration and refused to accept the body from the hospital’s mortuary. District Congress minority cell president Jamshed Khan, who was leading the protesters outside the hospital, alleged that some policemen were already deployed at the crime scene but had not even tried to stop the attackers.