Tax evasion is illegal. Tax avoidance is within the letter of the law but not the spirit. Tax relief is government-endorsed to encourage good behaviour. So tweeted Gemma Godfrey of Moola, the online investment service, this week. This sounds very obvious, but given the general hysteria over Panorama’s Paradise Papers programme this week (on the subject of 13m legal and financial documents from a Bermuda-based law firm) and the confusion it sparked between what is illegal, what is immoral but legal and what is both moral and legal, it rather needed saying. Some of the things revealed in the Paradise Papers do look like they should fall under anti-avoidance regulation, so that will keep HM Revenue & Customs in clover for a while. Some of the papers released indicate that there is more to be done in regulating some jurisdictions and that our politicians probably need to put more effort into dealing with extreme avoidance by the extremely rich. But a lot of the revelations are no more than the long-term result of overcomplicated taxation systems and the endless loopholes they generate. The hysteria over them also rather misses the point that many funds are set up offshore for perfectly straightforward reasons. The structure means they can be sold into lots of jurisdictions, but also that their investors can pay the right taxes in their country of residence without being caught in someone else’s tax system (and admin hell) along the way. Nothing wrong with that. There is more room for hysteria over the behaviour of the world’s big companies and their impressive tax-avoiding expertise. However, they are doing things that are less illegal, than really irritating. It is also worth remembering that governments and voters are on to them: there are all sorts of schemes afoot to bring them into line and get them to pay whatever sovereign states reckon are their fair share in those states. 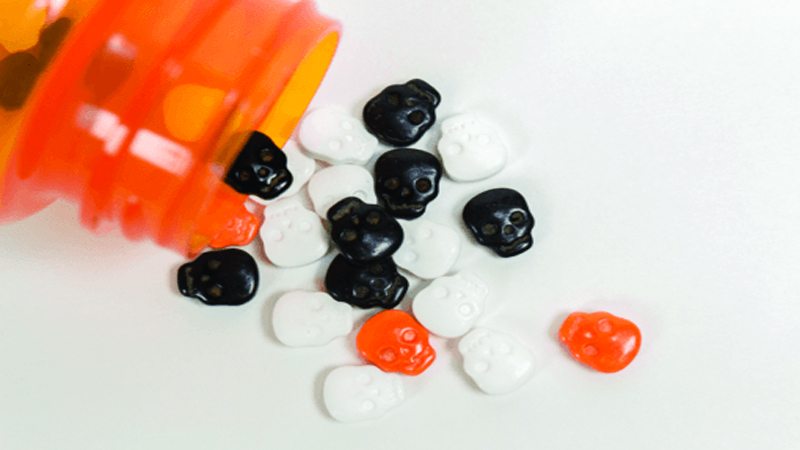 That won’t happen overnight, but it will happen. According to the OECD, legal tax avoidance strategies such as the ones used by Apple, Nike and the like cost governments some $240bn a year. They could do with the cash. In the meantime, if I were in charge, I would amuse myself by forcing all companies operating in the UK to list in their annual report how much tax they would pay in the UK if they were to simply subtract their UK-based expenses from their UK-earned revenues (no allowances and no profit shifting included) and how much they actually pay. It’s a small thing – but rather like forcing publication of pay ratios and gender ratios it might concentrate minds. However, while the papers and the coverage around them should be seen mostly as an unnecessary distraction from the discussions the UK needs to have about properly important things, they still matter. That’s because they are a clear signal – to those who still needed it – that the political wind has changed. Evasion was always out. Now, avoidance (as defined above) is too. If you are evading tax, today is the time to come clean: you do not want to be an enemy of state in this environment. The new Common Reporting Standard (CRS) now allows information on you and your money to flow freely all over the world. That means it is only a matter of time until you are caught. Under the UK’s Requirement to Correct (RTC) legislation, anyone who thinks they might have tax to pay has until September next year to get sorted. If you don’t, assume you’ll be paying 200 per cent of the liability in fines.

If you have made your tax affairs complicated with a view to avoiding tax legally, you might want to rethink your strategy as well. Schemes are constantly being challenged, and unwinding a failed one is very expensive as too many near-bankrupt footballers now know to their financial and reputational cost. If in doubt, check HMRC’s spotlight list of dodgy schemes. If you are evading or avoiding, don’t for a second comfort yourself with the thought that no one will ever know. If the Paradise Papers tell us anything at all, it is that they probably will know: your financial privacy is gone for good. We live in a new world in which everyone’s personal affairs are considered fair game. Assume yours are too. On a happier note, the UK still offers excellent tax reliefs to investors (reliefs are still OK). You can put £20,000 into an Isa every year and be reasonably sure that it can grow and be withdrawn tax free. The British love their Isas so much that it is hard to imagine a politician stupid enough to fiddle with them. Your pension allowances have been falling but still being able to put £40,000 a year in and have a total of £1m on retirement is better than a kick in the teeth. Your pension tax relief is in more danger than your Isa relief – it is hard to understand, very expensive to provide and numbers such as £40,000 and £1m sound very high to anyone who isn’t in tune with the misery of modern annuity rates (you’d be pushed to get an inflation-linked pension of £30,000 on £1m). All of this makes it much easier to slash.

Theresa May’s government is probably too weak to offer a very radical Budget, but whether it happens at Philip Hammond’s outing this month or with whoever makes the one after that, at some point pension reliefs will fall dramatically. Use what you have now, soon. Expect top rate relief to go and a flat rate of some kind to be introduced. Also look at VCT, EIS and SEIS schemes. All offer haven-style tax optimisation possibilities (with accompanying investment risks of course). And finally don’t forget that there are tax advantages in holding perfectly ordinary investment vehicles too. Buy an investment trust and any gains on the assets that the manager buys and sells will roll up free of capital gains tax. Had you bought the assets directly you would be paying CGT on every successful sale. This way you do not pay until you sell the entire fund – a nice optimisation possibility (assuming you have a manager who makes you capital gains, of course). The world of legal and socially acceptable tax avoidance really isn’t that bad at all. It’s also reputationally safe. Use it.