What are the objectives of political engineering in Karachi?

The Muttahida Qaumi Movement Pakistan (MQMP)-Pak Sarzameen Party (PSP) forced marriage could last less than a day as Dr Farooq Sattar, head of MQMP, under tremendous internal pressure from the party, had to back off from his earlier understanding with the chairman PSP, Mustafa Kamal of merging the two parties in to a single political party and contest the coming general elections under a single election symbol and the party flag.

Why was this forced marriage settled in the first place? What were its real objectives? Was the proposed MQMP-PSP patch-up an outcome of free political deliberations or done under duress? Why did the MQMP stalwarts resent the alliance?

The Muttahida Qaumi Movement (MQM), in the past has always been a problem for Pakistan as it was blatantly involved in terrorism. The operation to curtail the MQM, controlled by Altaf Hussain from London, gained momentum with Altaf Hussain’s incendiary statements issued in August 2015.

As a first step, a full bench of the Lahore High Court (LHC) banned the live telecast of Muttahida Qaumi Movement (MQM) Chief — an action taken only after ensuring that the military wing of the MQM is dismantled and finances dried up by the military operation of the Rangers in Karachi.

The MQM chief’s grip weakened on the party, intra-party cracks became more open, more visible. Pak Sarzameen Party — the first breakaway faction from the MQM — under Mustafa Kamal, once a confidant of Altaf Hussain, was formed in March 2016.

MQM remained under Altaf Hussain’s control until the party leadership in Pakistan distanced itself from the MQM chief in August 2016 stating that it has become difficult to defend incendiary speeches made by Altaf from London. The party should be lead from Pakistan as it is registered in Pakistan under its constitution, said Farooq Sattar in a press conference after he was released from the brief detention of the Rangers. 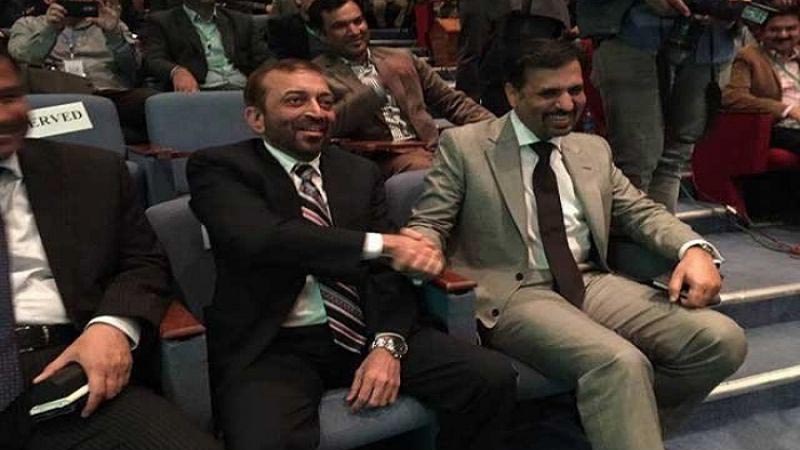 The trough war between the two breakaway factions of MQM — MQMP and PSP — kept continuing since the inception of the PSP that further alienated Altaf Hussain who became more and more politically irrelevant with each passing day. Both factions and a vast majority of workers had to accept the ground reality, Altaf Hussain is no more indispensable for ‘Mohajir’ politics.

The intra-Mohajir feud left no time for the MQM workers to think about Altaf whose vitriolic speeches against Pakistan became more regular in London but was completely blackout by the Pakistani media.

Despite agreement on Altaf’s removal from the MQM leadership, there exists a great divergence between MQMP and PSP when it comes to political vision, mission and strategy. PSP wants to do politics with much broader vision and mission not limiting itself to Mohajir rights only while the MQMP stalwarts want to remain stuck to the MQM ideology and politics of ‘Mohajir’ rights. Mustafa Kamal, chairman PSP, didn’t conceal his intentions during the joint press conference with Farooq Sattar as he said “we came to bring down Altaf Hussain and destroy his toxic legacy”

The objectives of proposed MQMP-PSP merger was to bury Altaf’s legacy, greatest of which is the party name ‘MQM’ itself. Seemingly, both Farooq Sattar and Mustafa Kamal seemed convinced to agree upon a new party with new vision, mission and flag. Mustafa Kamal said, “Farooq Sattar may not be comfortable with PSP at this moment, but we have categorically decided that we will not unite under the name of MQM.”

The Pakistani establishment seems to be uncomfortable with Altaf’s legacy fearing his future political comeback and want to mainstream the Karachi politics currently being done on ‘Mohajir rights’. But the question is by sidelining a community and forcing them to take certain political decisions, will help our national cause or deteriorate situation further?

The PSP chief seems closer to the Pakistani establishment and wants to do mainstream politics by burying the old legacy of Altaf Hussain while Farooq Sattar and co apparently agreed for the forced marriage under duress.

The post-joint-press-conference strong resentment from the MQMP stalwarts against the decision to proposed MQMP disbanding and the subsequent damage-control resignation and come back move of Farooq Sattar clearly shows that he tried to compensate for his earlier blunder of remaining silent over MQMP disbanding during the joint conference with PSP.

Dr. Farooq Sattar also mentioned about an undisclosed letter to the Prime Minister of Pakistan, Chief of Army Staff, Chief Justice of Pakistan and the intelligence chief. He repeatedly wowed to visit the graveyards of his deceased party leaders and workers in a bid to show his loyalty to the party cause and defiance to hidden elements that might be coercing the MQMP.

MQMP’s chief said, ‘Not the engineered but natural politics will prevail in Pakistan; MQMP is a force to reckon with’. This clearly indicates the behind the scene political engineering and manipulation which is not a good omen for Pakistan politics.

Both MQMP and PSP should be allowed to make political decisions at will; encouraging healthy competition between the two parties.

The history shows that the political product we reap today was sowed during the mid-80’s to defy Bhuttoism. Now that the peace has been restored in Karachi, politics must be left to politicians and must not be engineered and manipulated by pulling the strings remaining behind the scene. Continuity of the genuine democratic process will strengthen democratic institutions and evolve political leadership naturally. Political engineering & manipulation and disrespecting the people mandate will bring political chaos and instability to the country.

The writer is a journalist and analyst based in Islamabad. He tweets at @kashifaliraza. He can be reached at meetkashi514@gmail.com