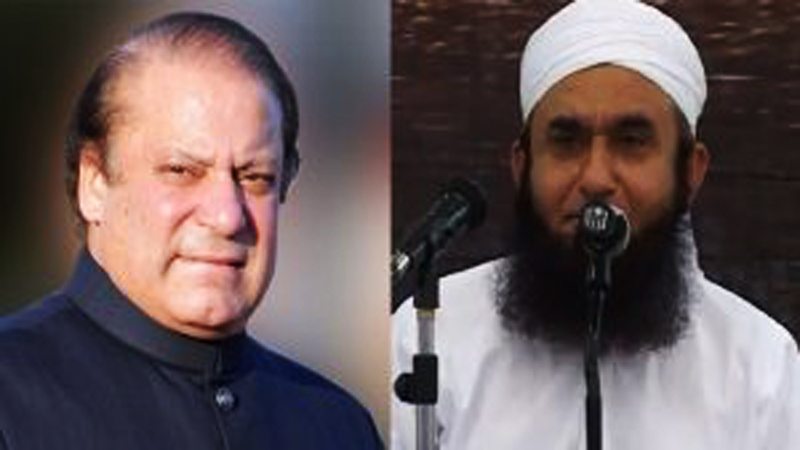 The meeting between Nawaz Sharif and Maulana Tariq Jameel was held at the Sharif family’s Jati Umra residence in Raiwind, and continued for about an hour.

“The meeting was not purely on religious matters, but some political issues also came under discussion.

“It seems Nawaz Sharif wants to send a message to some quarters and is seeking reconciliation with stakeholders in current political scenario,” a private television channel reported.

Reports said that Nawaz Sharif had asked Maulana Tariq Jameel to play his role to steer him out of current political turmoil arising from cases linked to disclosures of Panama Papers leaks.

Maulana Tariq Jameel met Nawaz Sharif and also invited him to join Raiwind congregation. Sources added that Nawaz had accepted the invitation and might join the congregation on Sunday.

It has also been reported that Maulana prescribed Nawaz Sharif a wazeefa to recite.

The Raiwind congregation began on November 2 and will continue till November 12.