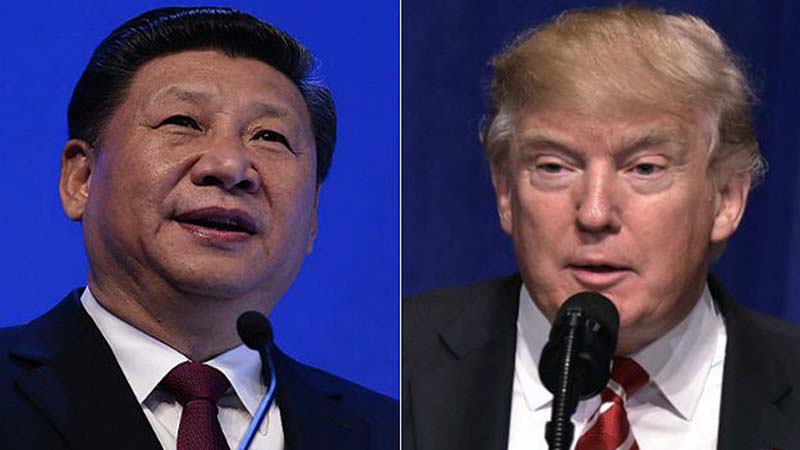 BEIJING: China on Thursday said President Xi Jinping and his US counterpart Donald Trump have reached a consensus on fighting terrorism and upholding peace and stability in South Asia, amid America ramping up pressure on Pakistan to dismantle terror safe havens.

During their talks in Beijing, Xi and Trump discussed Afghanistan and committed to working toward a peaceful future for the terrorist haven. “This morning, the two presidents talked and held joint press meeting. I am not aware of the details of the talks. What I know is that the two sides also discussed anti-terrorism issues and upholding peace and stability in South Asia,” Chinese Foreign Ministry spokesperson Hua Chunying told a media briefing. “They reached consensus in this respect,” she said.

To counter terrorism, China and the US as well as other countries share the common interests and the two countries stand ready to work with other parties for stronger anti-terrorism cooperation, she said.

South Asia and Afghanistan figured prominently in the talks as both the leaders mentioned it in their briefings. After the talks, Trump said terrorists are a threat to humanity and that he and Xi will “stop radical Islamic terrorism.”

“In order to create more secure future for all and protect our citizens from extremism and terrorism, President Xi and I also committed to working together for a peaceful future for Afghanistan,” Trump said. “Terrorists are a threat to all of humanity and we will stop them,” he said.

Trump’s remarks assume significance after he unveiled his new South Asia policy under which the US has warned Pakistan against providing safe havens to terrorist organisations.

Trump’s South Asia policy giving importance to India and inviting New Delhi to play a bigger role in reconstruction of Afghanistan has also raised eyebrows in Beijing and Islamabad.

Elaborating on the Trump-Xi talks on Afghanistan, Hua said the two sides believe that maintaining the stable and constructive relations between Afghanistan and its neighbouring countries is of great significance to the peace and reconstruction process in Afghanistan. “They support an Afghan-led and Afghan-owned peace and reconstruction process, call on relevant parties in Afghanistan to achieve extensive and inclusive national reconciliation through political negotiation at an early date and stand ready to play a positive role through such mechanisms as the Quadrilateral Coordination Group of Afghanistan, China, Pakistan and the US,” Hua said.

Chinese Foreign Minister Wang Yi has made separate visits to the two countries recently and met Pakistan and Afghanistan’s officials after the talks.

In the meeting, Wang thanked Pakistan and Afghanistan for their support for China in fighting the East Turkistan Islamic Movement (ETIM) and their contribution to the fight against international counter terrorism especially in South Asian region, Hua said.

“China stands ready to work with two parties to strengthen our counter-terrorism cooperation to uphold the regional peace and stability,” she said, adding that Pakistan and Afghanistan stated that they stand ready to strengthen cooperation with China in this regard.