Notes From A Sacred Land — an insightful journey into Pakistan

Matthew’s book is a collection of 20 anecdotes which essay his tussle with speaking fluent Urdu and wearing
Shalwar Kameez, all the way to the life in the bustling bazaars and the beauty of the Northern areas of Pakistan

In Paul Bowles’s magnum opus, “The Sheltering Sky”, a post war novel deals with existential issues. The novel chronicles Port Moresby and Kit, a couple’s journey into the North African desert. Bowles writes of his male protagonist Moresby: “He did not think of himself as a tourist; he was a traveler”. A tourist came back to this place after a few days, weeks or months contrary to his traveling, belonging no more to one place than to the next, moving slowly, over periods of years, from one part of the earth to another. 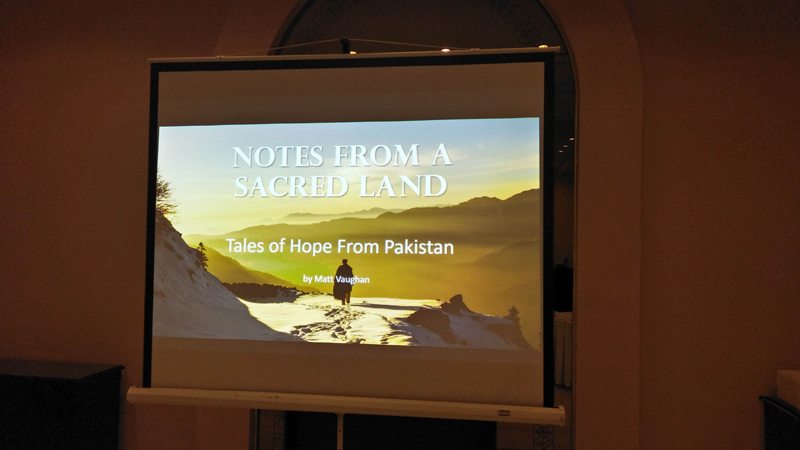 Matthew Vaughn and Andrea are travelers, who travelled across Pakistan, and what they found was another Pakistan they had never heard about before. Recently, Matt Vaughn encompassed his interaction with Pakistanis and his travel experiences in 174 pages, entitling it, “Notes From A Sacred Land: Tales of hope from Pakistan,” a book about impressions of a British charity worker, Matthew Vaughn who moved to Pakistan in 2011. Prior to this, what he had heard about Pakistan was enough for an excuse not to come. His friends and fellows advised him but Matthew did not give an ear to their recommendations. The first thing that fascinated him was around 40 to 50  boys playing cricket in a small enclosed space which made it difficult to sort out how many teams were playing in this field in Rawalpindi. Since then, Matthew captured and penned the life as what he saw in Pakistan .His recent, “Notes From A Sacred Land: Tales of hope from Pakistan,” is an answer to many who do not know much about ‘The land of the Pure.’ Married to Andrea, daughter of a Canadian teacher who grew up in Pakistan, Matthew’s book is a collection of 20 anecdotes which essay his tussle with speaking fluent Urdu, wearing Shalwar Kameez, his interaction with common Pakistani men, travelling on train and local taxis, enjoying spicy foods, greasy breakfasts and chai dhaabas, walking in narrow streets where open manholes and sewer blockages turned into pools, the life in the bustling bazaars and on other side, the beauty of the Northern areas of Pakistan.

‘The public image of Pakistan is wholly negative but the hidden face of Pakistan is, far more often than not, beautiful, kind, welcoming, gentle and filled with hope.’

Residing in Rawalpindi he explores and enjoys the life of the downtown area of the city on the weekends. The special tea from a dhaaba, the daal chawal and not only the food but the old heritage of the city including its temples, gurudwaras and havelis located in narrow serpentine streets of Bhabra bazaar and Kohati bazaar – the cultural and religious diversity of Rawalpindi attracts him all. 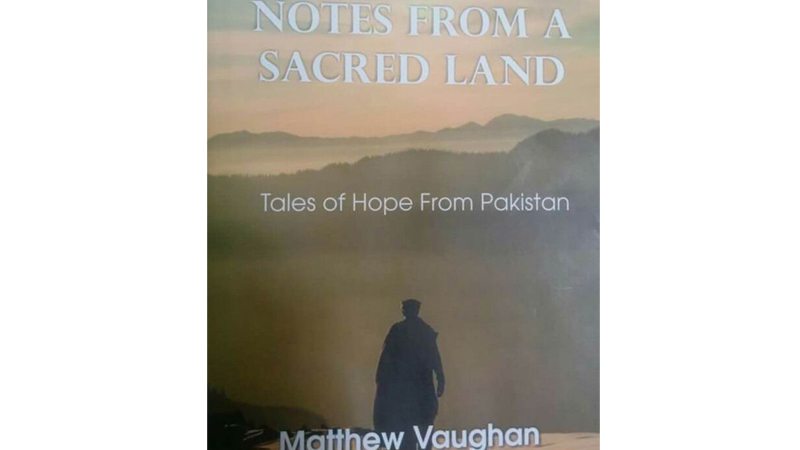 In Matthew’s own words: “Why do I describe Pakistan as ‘unjustly maligned’?  Simply because, it is. The public perception of Pakistan is one of unremitting violence and injustice and this perception simply does not correlate with the facts. It is not representative, and it is not fair. If a cameraman followed me for a day filming everything I did and said and then edited out all of the good things, leaving only the bad – the time I shouted at the kids, the time I swore at a foolish motorist, the time I ignored a beggar by the side of the road – the resulting image would be accurate in parts, but I hope broadly unrepresentative. I would resent being depicted in this way, and yet this is precisely what we are doing to Pakistan.  The positive aspects of life here are mostly unknown by people in the West.

The public image of Pakistan is wholly negative but the hidden face of Pakistan is, far more often than not, beautiful, kind, welcoming, gentle and filled with hope.  When I stop to think of this hidden face of Pakistan, hundreds of memories come to mind: the files of smartly-dressed children wending their way to school in the morning, the crowds of intelligent young people thronging the Lahore Literary Festival in the hope of catching a glimpse of their favourite authors, the unfailing warmth of the hospitality, the taxi drivers who regularly refuse my money on the grounds that I am a guest, the sight of the elegant minarets of the Badshahi Mosque in Lahore or the soaring mountains of the Kaghan Valley or a squadron of emerald-green parakeets screeching over the pine-clad hills of Murree. This side of Pakistani life, while well known to Pakistanis themselves, is rarely, if ever, documented by people in the West, and yet it is far more representative of normal Pakistani life than the negative narratives of the media. Pakistan is by no means perfect, but after living here for four years the phrase.“This Sacred Land” seems less and less incongruous to me with every passing day.” 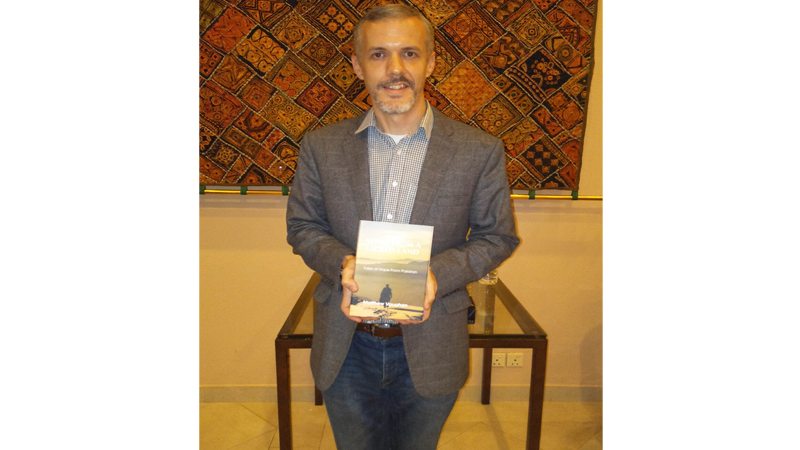 While Matthew is also concerned about problems that Pakistan faces e.g. eight hours of power cuts a day except during religious festivals, widespread poverty, violence and religious extremism, on book shelves where books related to Pakistan have apocalyptic titles, this book will be a good read – something positive and new!

The writer is a journalist and explores cultural heritage & genealogies (sometimes). He tweets at @OldRwp