NAB and institutionalised crimes in Pakistan 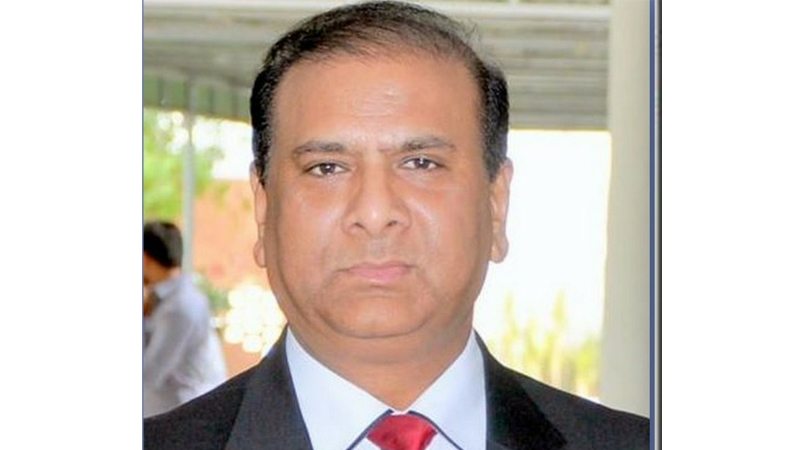 The NAB is empowered to undertake any necessary prevention and awareness, in all means, in addition to enforce its operations against the economic terrorism and financial crimes. These crimes are against property, involving the unlawful conversion of the ownership of property (belonging to one person) to one’s own personal use and benefit. Financial crimes may involve fraud cheque fraud, credit card fraud, mortgage fraud, medical fraud, corporate fraud, securities fraud (including insider trading), bank fraud, insurance fraud, market manipulation, payment (point of sale) fraud, health care fraud, theft, scams or confidence tricks, tax evasion, bribery, embezzlement, identity theft, money laundering, and forgery and counterfeiting, including the production of counterfeit money and consumer goods. It may involve additional criminal acts such as computer crime, elder abuse, burglary, armed robbery and even violent crime such as robbery or murder. Financial crimes may be carried out by individuals, corporations, or by organised crime groups. Victims may include individuals, corporations, governments or entire economies.

The above department established on November 16 1999 and its sphere of operation has been expanded and extended since. The constitution grants to launch investigations, conduct inquiries, and issues arrests warrants against the individuals suspected in the financial mismanagement, terrorism, corruptions (all in private-sector, state-sector, defense sector, and corporate-sector), and directs cases to accountability courts.

Established by Ordinance No XIX in 1999, its powers have been extended to conduct inquiry at higher level by the Article (270AA) of the constitution of Pakistan. With its chief headquarters located in Islamabad, it has four regional offices in the four provinces of the country as well as four capital territories of the country. As of present, the institution is constituted and directed by its chairman. Their mission is to work to eliminate corruption through a comprehensive approach encompassing prevention, awareness, monitoring and combating.

Since its formation, the institution has recovered over ? 240 billion (approximately $4 billion) from corruption committed by country’s elite politicians, bureaucrats, former military officers and those involved in the white-collar crimes. According to Musharraf, “The NAB was created to put the fear of God in the corrupt, as Pakistan was on the brink of being declared a failed state before he came to power.”

In its research studies published by the NAB in 2011, the institution has recovered ? 119.5 billion from bank defaults and provided Rs 60 billion to restructure the banks. There are various challenges currently faced by the NAB, including a slow judicial process, difficulty in collecting prosecutable evidence since the majority of country’s public record is not electronically archived or integrated into a central database.

The employees of this department consistently kept up to date with new training programmes in financial crimes.

The National Accountability Bureau has been criticised by the Supreme Court for mismanagement. Justice Jawad S Khawaja of the Supreme Court criticised the institution for its practice of “plea bargain” and described it as “institutionalised corruption”. Under the said practice, the bureau arrests suspects and negotiates for an out-of-court settlement under which the suspect is made to sign a confession and deposit funds of an amount determined by the NAB. Justice Khawaja stated during court proceedings that he believed some NAB officials warn influential suspects before arrest to allow them sufficient time to escape. In January 2017, the NAB Executive Board Meeting (EBM) ordered the inquiry against ex-FBR chiefs – Salman Siddique, Abdullah Yousuf and Ali Arshad Hakeem – and former Customs collector Iqbal Muneeb, member Pakistan Automated Customs Computerised System (PACCS) team and Ashir Azeem, additional director customs. In this case, the accused allegedly committed corruption and misused authority in the award of computerisation of the FBR to a foreign company.

In my opinion, concerted meditation corrupt practices, especially among the police and government departments, are perceived to be on the rise in Pakistan. In police department, some of ranker police officers like RPO/SSP/SP/DSP and inspectors were given promotion according to their (inspector general) but the Supreme Court turned them back into their previous designations. Although it is very embarrassing for the said officers but they are still doing their duty obediently. What are the reasons behind this practice that the (DPC) committee and the person who promoted them with the authority as a inspector general of Punjab like Tariq Saleem Dogar and Mushtaq Sukkhera and the member of Home Department and different vigilant departments could not bring into the interrogation and suffered police officers are still performing their duty but could not find justice. Since that law and order situation of the province is a question mark. And the cost of terrorism had to pay by the ordinary man of Pakistan.

The survey of Transparency International (TI) 1,000 respondents showed that the political parties were the most corrupt with 86 percent, followed by the parliament with 76 percent, medical services with 66 percent, education system with 64 percent and NGOs with 62 percent. This survey also revealed that most Pakistanis pay paid bribes when they came into contact with the Land Services Department. Other Government departments are second in taking bribes with 65 percent and the education department with 16 per cent.

According to 52 percent of the respondents, the government actions to fight corruption were very ineffective.

According to the Corruption Perception Index (CPI) of 2015, Pakistan was at number 28 out of 180 in the list of most corrupt nations. More than half of the respondents in a global corruption survey think that graft has worsened over the past two years, and a quarter reported having paid officials a bribe in the last 12 months.

Bribe paying levels remain very high worldwide, but people believe they have the power to stop corruption and the number of those willing to combat the abuse of power, secret dealings and bribery is significant. Governments need to make sure that there are strong, independent and well-resourced institutions to prevent and redress corruption. Too many people are harmed when these core institutions and basic services are undermined by the scourge of corruption.