Official government websites in Pakistan are very standardised, as a result they miss opportunities to engage, influence and persuade their audience

Humans are designed to size each other up at first glance. Whether facts speak otherwise, we have an inherent characteristic to immediately respond to a stimulus. These responses create an immediate image which is formed rapidly and has a lasting effect. They can lead to feelings of friendliness, trust and attraction. Some experts argue that first impressions are so important that intelligence analysts are specifically trained to overcome their impact.

Traditionally, a foreign public’s first impressions are formed by the structural architecture of embassies, the splendor of ambassadorial vehicles, the degree of honesty of diplomatic representatives and the grace of the diplomatic celebrations. They represent superiority, culture and influence of the states. In today’s digital world, embassy websites often contribute to the foreign public’s first impressions.

But recently, with the advent of social media, public diplomacy scholars have ignored the utility of embassy websites as the go-to means to understand how governments engage with foreign publics. As an area of research, embassy websites do not make the cut. This begs the question: should scholars be paying more attention to embassy websites?

Moreover, embassy websites also act as a more effective intermediary between governments and the public. For instance, when a high level official makes a speech, a foreign public will hardly ever look up and read a dry, black and white transcript to retrieve information. But if one was to add suggestive imagery and a more interactive embassy website, the public would be more drawn towards the same speech. The recent speech made by Indian External Affairs Minister Sushma Swaraj at the 72nd Session of the United Nations General Assembly last month is such an example. On quick google search leads to the transcript of the speech at the website of the Permanent Mission of India to the UN with evocative imagery of the State Emblem of the country and the colours of India’s national flag. The pages also have links to other social media feeds where the video footage of the speech is also available with thousands of comments, likes and shares reflecting the reaction it got around the world. 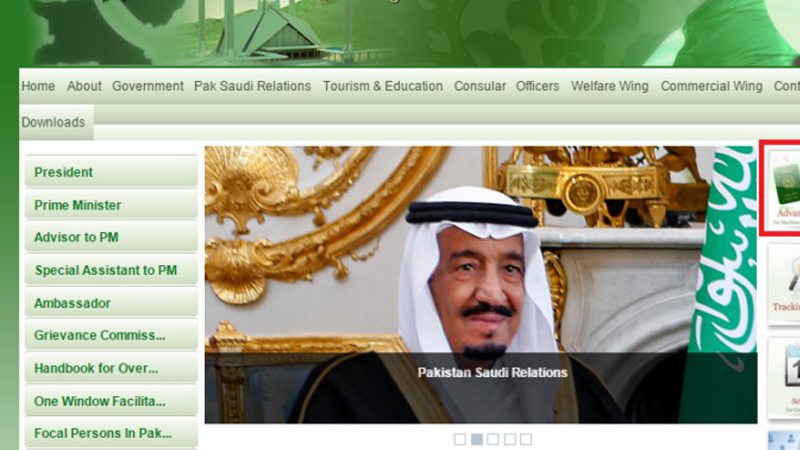 According to experts, effective embassy websites are conscious of web culture, host influential narrative, and utilise balanced rhetoric. Web culture relates to the distinctive differences in how different cultures use the internet. Websites in different countries differ in all aspects, whether it is navigation, the font, the design and even browser preferences. For example, websites in South Korea are extremely crowded with many pop-up windows and splash imagery. On the other hand, an official government website in Pakistan is very standardised which misses out on an opportunity to engage, influence and persuade the audience.

An influential narrative is very important when it comes to building a positive first impression. Storytelling is an inherent characteristic of human communication which goes beyond cultural boundaries. An embassy website with text and image-based narratives act as the medium to focus on values, beliefs and objectives of a country.

Equally important if not more is a balanced rhetoric. One that is based on emotion, morality and logic. Appeal to emotion could include shared historical experiences or cultural heritage. Appeals to morality could be elements like human rights, governance. Appeals to logic could include elements such as rational arguments in support of specific policy initiatives such as counter-terrorism. An imbalance between the three could leave a bad first impression.

While most of the world is caught up in the sensationalism of social media diplomacy, embassy websites are being neglected. But it is important to remember that for many foreign publics, embassy websites are still the first choice of visit when looking for information on issues like visa regulations, tourism-related information or official press releases of diplomatic events — and first impressions count.

The writer is a Researcher at Islamabad Policy Research Institute (IPRI). He tweets at @humar90