How to confront US coercion?

Despite Pakistan’s critical cooperation in securing the Colman-Boyle family’s release from their Taliban captors — a clear sign of Pakistan’s willingness to comply with the US demands of ‘do more’ — the Trump administration’s flurry of coercion and intimidation is unabated. The Secretary of States Rex Tillerson, during his recently concluded first ever visit to South Asia, intimidated, coerced, enticed and lectured Pakistan on how it should deal with the Haqqani Network and the other terrorist outfits alleging that their safe havens exist inside Pakistan.

Speaking from Bagram US air base in Afghanistan, Mr Tillerson lectured Pakistan to “take a clear-eyed view of the situation that they are confronted with in terms of the number of terrorist organisations that find safe haven (in Pakistan).” Tillerson’s tone was so insulting that the Senate Chairman Raza Rabbani had to rebuke him saying “His tone and tenor are not acceptable… It seems like a Viceroy told Tillerson what to say (on his visit).

History has a lesson for countries like Pakistan, the more you comply with unjust US demands, the more you are coerced, threatened and insulted. And vice versa, the more you defy US coercion, the more respect and diplomatic space you get.

The conduct of states like Iran, North Korea and Venezuela is the greatest manifestation of the fact that showing resolve and courage against America’s bullying, forces US policy makers to rethink their strategy and come to the negotiating table on more equal and respectful terms.

Instead of peaceful de-radicalisation of militant groups in Pakistan, the US at the behest of India wants Pakistan to take strict action that could turn these groups against Pakistan, resuscitating the insurgency that had been successfully quelled by Pakistan

The US calls countries defying its bullying, ‘roguestates’ but the world has witnessed that a few ‘rough states’ have been able to achieve their strategic objectives despite continuous confrontation with the US. The US had to adjust its foreign policy to avoid confrontation with countries like Iran.

The very existence of the current Iranian regime, their progress in various fields — success in the field of nuclear and Intercontinental Ballistic Missile technologies — and the ascendency in the Middle East is testimony to the fact that if nations show resolve, they can confront the US hegemonic designs and emerge stronger.

Heading the collision course with the US will not be a wise strategy but bowing down to the unjust US demands of ‘do more’ will not serve our cause either as there could be inexhaustible US demands down the road. 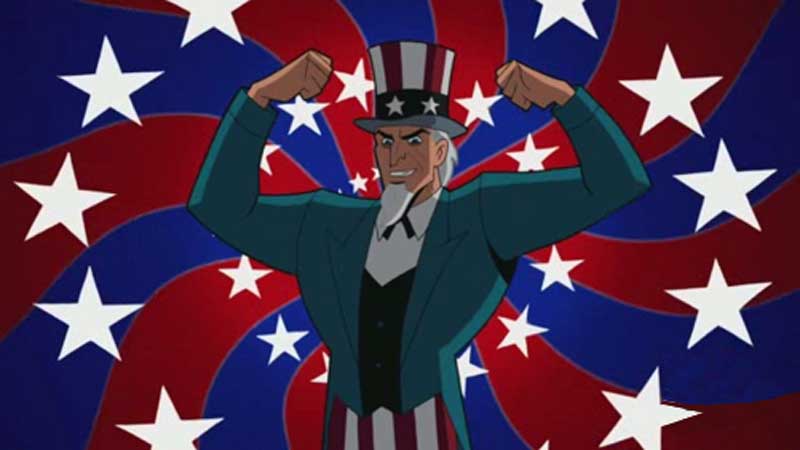 The US demands of Pakistan are not confined to the elimination of alleged safe havens inside Pakistan of the Haqqani Network and of other Afghan Taliban groups. The US has also demanded complete elimination of militant groups like Lashker-e-Tayyaba and Jaish-e-Muhammed. Pakistan did a long time ago, eliminate organisational and training infrastructure of such groups from its territories forcing the leadership and the activists of such groups to become part of mainstream society. Had such groups had any training camps inside Pakistan, there would have been visible recruitment campaigns and training camps as was the case during the 90s when the Kashmiri armed struggle was supported by the Pakistan-based groups.

India has setup an anti-infiltration obstacle system (AIOS) and comprehensive integrated border management system comprising CCTV cameras, thermal imagers and night-vision devices, surveillance radar, underground monitoring sensors and laser barriers to plug its porous border and Line of Control (LoC). Under such tight surveillance, how come militants infiltrate from Pakistan and carry out activities in Indian-controlled territories? If cross-border infiltration is happening, instead of twisting Pakistan’s arm, the US should ask India to order its own house.

Instead of peaceful de-radicalisation of militant groups in Pakistan, the US at the behest of India wants Pakistan to take strict action that could turn these groups against Pakistan, resuscitating the insurgency that had been successfully quelled by Pakistan.

Trump’s ill-conceived South Asia strategy has a strong imprint of behind-the-scenes Indian-lobbying and coaxing. Lisa Curtis — who later became President Trump’s advisor on South Asian Affairs, co-authored a report in January — full of Indian narrative of Pakistan-bashing- prepared by a dozen American think tanks’ experts that was critical of the way Pakistan has dealt with militancy and terrorism- had recommended ‘enforcing aid conditions without cutting ties’.

The US — caught in the Afghan morass — wants to scapegoat Pakistan for its failure in Afghanistan while the puppet government of Ashraf Ghani is dancing to the Indian-American tone. The US-Indian-Afghan trio has aligned themselves against Pakistan with Indian intention to use the US against Pakistan to surrender to its hegemonic designs.

The Trump administration wants to see a greater Indian role not only in Afghanistan but in South and South-East Asia to counter a resurgent China- an emerging superpower.

When the Taliban has more than 40 percent territory under its control in Afghanistan, do they need safe havens in Pakistan to operate from? So fragile is the Ghani government in Afghanistan that Mr Tillerson didn’t dare visit Kabul. instead he remained at the Bagram air base while pretending to be in Kabul which was disclosed later as the Afghan officials doctored &released photos of the meeting.

Pakistan should use a regional approach to counter the US-Indian hegemony. A Pakistan, China, Iran and Russia alliance could be the ideal arrangement to defy US bullying, especially when the so-called Islamic State has provided safe havens in Afghanistan to destabilise the whole region in general.

The US needs Pakistan more than Pakistan needs the US. In case of any violation to its sovereignty, imposing sanctions against it or declaring it a state sponsor of terrorism at India’s behest, Pakistan must use all diplomatic and military options available on the table. It must also remember that the US would not escalate the situation beyond a certain degree as it is using the coercive measures as a policy tool to force Pakistan take action.

As a follow up to the Muscat meeting of the Quadrilateral Coordination Group (QCG), resumption of the QCG-talks at the senior-level is the way to go.

The writer is a journalist and analyst based in Islamabad. He tweets at @kashifaliraza and can be reached at meetkashi514@gmail.com