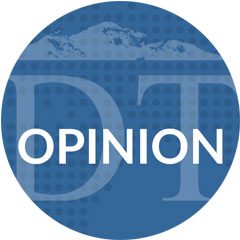 Individuals and firms have been able to sell their goods or services at higher prices than the prices obtained domestically. Building foreign reserves helps in building economy and enhance growth

High levels of export in goods and services are among one of the key signs of growth in business, enterprises and economy. Unfortunately, the numbers for exports in Pakistan are on continuous decline from $ 20979.1 million in 2013-14 to $ 151188.6 million in 2016-17.

Conventionally, export for a country is necessary because individuals and firms have been able to produce more goods and services than can be consumed at home. This capacity to manufacture more goods prompted a search for foreign opportunities to sell the ‘excess’ production. Individuals and firms have been able to sell their goods or services at higher prices than the prices obtained domestically. Building foreign reserves helps in building economy and enhance growth.

Pakistan seems to have made some progress on few of the initiatives. Perceptions regarding an improvement in export owing primarily to China Pakistan Economic Corridor (CPEC), low mark-up rates and trade facilitation allowing exporters to increase in some of the sectors have been other positive signs. However, progress on major indicators seems to be slow.

There is a need for a rational tax regime with simplified procedures. Tax integration is needed, which may involve tax harmonisation among the provinces to avoid double taxation and cascading

A survey conducted by Sustainable Development Policy Institute (SDPI) has highlighted various challenges which are being faced by exporters, manufacturers and service providers. These challenges alongside preventing new entrants in export market are also causing decline in exports.

First, there is lack of planning and coordination between different ministries and departments involved in facilitating exports. Second, it takes over 300 hours per year to prepare and pay taxes. Third, export development fund is under the control of ministry of finance which also adds additional regulatory pressure. Fourth, as far as trade facilitation is concerned, Trade and Development Authority (TDAP) being one of the concerned authorities is not following their mandate of facilitation.

Fifth, there is weak government support in understanding certification processes for exporters who want to export to advanced countries.

Sixth, there is lack of foreign direct investment (FDI) in export oriented industries. Seventh, there are issues in accessing quality human resources. Eighth, there are institutions like Small and Medium Development Authority (SMEDA) but there is no implementation of that research by SMEDA itself. Ninth, there are over 40 chambers of commerce but with no people power in terms of administration and trade facilitation. Tenth, there is no industry/sector specific trade policy except for textile sector which creates a notion of discrimination amongst other sectors.

So what may done in the forthcoming strategic trade policy framework (STPF 2018-23) to make exports more competitive in the regional and international market? There is a need to rationalise tax regime with simplified procedures. Within rationalisation, tax integration is needed, which may involve tax harmonisation, among the provinces to avoid double taxation and cascading. Government should review all such tax proposals which will help in improving cost of doing business and promoting businesses within and outside South Asia.

Second, arrangements which may help in giving all relevant authorities under Export Development Fund (EDF) to ministry of commerce should be made. There is also need to ensure that ministry of commerce is sufficiently influential to develop and implement policies to enhance exports.

Third, there is need for businesses, associations/chambers aided by ministry of commerce to develop effective centres for global market research. They may be supported through trade offices within Pakistan and embassies of Pakistan in different countries. These offices should also focus on promotion and identification of all such Pakistani products to the markets with low or no outreach.

Moreover, there is also a need for business to business (b2b) integration for diverse and collective market research efforts.

Fourth, SMEs need to be identified with more capacity of scaling up. Such SMEs can help create jobs and generate more tax revenues. Fifth, institutes like TDAP need to assist and facilitate traders. It should act as education center for traders across Pakistan. TDAP should also come up with the arrangements where they can help exporters in identifying markets for export. Sixth, there is need for changing the regulatory structure involved in monitoring the exports with more need inclined towards quality. Institutes like TDAP, SMEDA, associations and chambers should educate businessmen in this regard with major quality testing centres within their domain. Further these organizations should focus more towards product specific policies depending on collective market research done by government and private sector.

Eighth, we need a policy to encourage the use of patented items. For this the institutions like Intellectual Property Organisation (IPO) needs to be strengthened in capacity and quality in order to ensure that they deliver results at par with the international counterparts. There is also need to increase their scope in terms of area of practice such that IPO may be made responsible for encouraging product development through academic and action research; as well as trade mark registration.

As the strategic trade policy framework will be coming next year, right now is a most appropriate time to consider reforms mentioned above. These reforms can lower the cost of doing business, increase competitiveness of Pakistani exports and make them equal to international standards.

The writers are associated with Sustainable Development Policy Institute