The number of seats in the National Assembly should not be increased. It is a collective body reflecting the aspirations of the nation and has no correlation with the increase in population 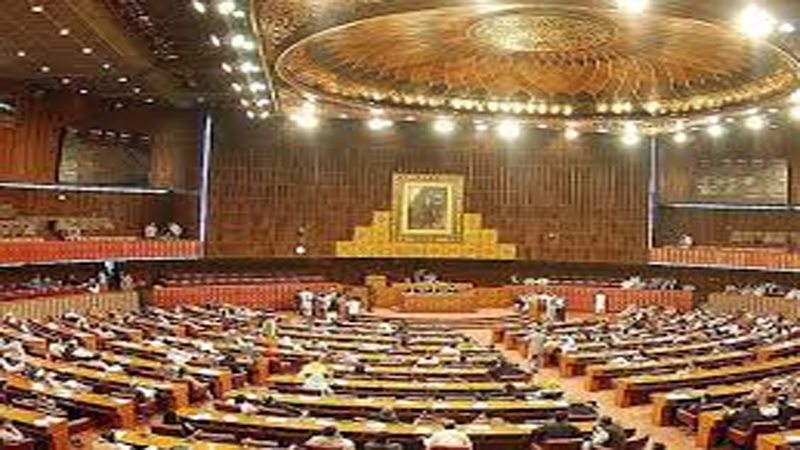 The federal cabinet has rightly accorded approval to amend Article 51 of the constitution requiring reallocation of total seats in the National Assembly to each province, FATA and the federal capital including general and women seats on the basis of population in accordance with the latest census data of 2017 and conducting fresh delimitation under the Elections Act, 2017 realising that the conduct of next general elections without it would be unconstitutional and illegal. Now it is up to the parliament to decide whether the present total number of seats of 342 in the National Assembly should be increased or remain the same.

The total seats in the National Assembly should not be increased for obvious reasons. First, NA is a collective body reflecting the aspirations of the nation and has no correlation with the increase in population. Rather, increase in population should ensure better quality of parliamentarians, discourage parochial trends and promote issue based politics in the country.

National Assembly should not be burdened with a number that it becomes impossible to function or impose unnecessary financial burden on the exchequer. Given the size, population and economic resources of Pakistan, the number is already too high and does not call for an increase merely because the population has correspondingly increased. Even in the US which is many times bigger than Pakistan in terms of area and population, its Senate and House of Representatives consist of 100 and 435 members, respectively. The number of representatives was fixed by law in 1911 and has not been increased with the corresponding increase in population.

Clauses 1 and 3 of Article 51 should be substituted to read as: “1. There shall be three hundred and forty seats for the members in the National Assembly consisting of three hundred general seats, thirty seats reserved for women and ten seats reserved for non-Muslims. 3. The general seats and seats reserved for women in the National Assembly referred to Clause (1), except as provided in Clause (4), shall be allocated to each province, the Federally Administered Tribal Areas (FATA) and the federal capital by notification in the official gazette by the Election Commission of Pakistan”.

Article 106 of the Constitution that fixes the number of general, women and minorities seats for each provincial assembly would also require amendment for the reason that Federally Administered Tribal Areas (FATA) is required to be given representation in the Khyber Pukhtunkhwa Assembly. Previously, FATA was given double share of 12 seats in the NA in lieu of no provincial representation. However, present Article 51 requires allocation of seats to FATA as per its population in the last census and is likely to get six seats as per the provisional data of 2017 census. FATA ought to be accommodated by giving its due share in the province of Khyber Pukhtunkhwa until its status vis-à-vis separate province or merger with Khyber Pukhtunkhwa is conclusively determined.

Moreover, the number of seats in each province needs to be rationalised through a formula that is uniformly applicable to all provinces. Presently, the numbers of general, women and minorities seats were arbitrarily determined during the Musharraf regime without much debate.

It is proposed that number of general seats in a province should be twice the number of its general seats in the NA with additional ten percent and three percent seats for women and minorities in each province provided that there will not be less than 50 general seats, a minimum number required for the functioning of an assembly. The formula based determination to be notified by the ECP will bring equality between the federating units and will eliminate the need to amend relevant provision of the Constitution every time after fresh census.

It is proposed that clause 1 of Article 106 should be substituted to read as: “1. Each provincial Assembly and Federally Administered Tribal Areas shall consist of general seats not less than 50 or twice the number of general seats determined under Article 51(3) whichever is greater, and seats reserved for women and minorities equal to ten percent and three percent of the respective general seats to be allocated by notification in the official gazette by the Election Commission of Pakistan provided that seats of Federally Administered Tribal Areas shall be added and have representation in the province of Khyber Pukhtunkhwa”.

The writer is a graduate of Columbia Law School, former member of the Punjab Assembly and an Advocate, Supreme Court of Pakistan. Comments can be sent to [email protected]