India and the world’s rape problem

India has a rape problem. That much, we all know. Yet it was all supposed to change following the case of Jyoti Singh, the young physiotherapy student who was brutally and quite literally raped to death back in 2012. Then, India appeared united, saying no more and never again. Here, on this side of the border, we took inspiration from the vibrancy of Indian civil society. Indeed, positive changes appeared afoot to ensure that Singh hadn’t died in vain. These included new legislation to strengthen rape laws across the country, such as the death penalty for repeat rape offenders.

Being the world’s largest democracy, India has a long tradition of seeking legal recourse. And that is something that most of us here on this side of the border admire. Yet at a time when the Pakistani state has been making haphazard and half-baked attempts to introduce pro-women legislation — a quick glance next door might give us pause for thought.

In 2015, three years after the Singh case grabbed international headlines, came the equally harrowing news: the number of reported rapes in India for that year was put at more than 34,000, according to the country’s National Crime Records Bureau (NCRB); though this was down from the previous year. Imagine. And yes, certain women’s rights activists were careful to note that while rape in India is highly underreported — cases of consensual elopement are often incorrectly reported as the latter.

January of this year alone has seen up to 140 rape cases in India, with 238 cases of molestation. Fast-forward to October and the country’s Supreme Court issued a landmark ruling providing that sex with an underage wife is rape. Meaning that India at least recognises that it has a problem and is trying to do something about it. Yet also this month also saw an incident whereby a woman was raped in broad daylight on the streets of Visakhapatnam, in Andhra Pradesh, while people walked on by. Those that stopped did so not to help but to film the attack. That the police only became aware of what happened when someone sent them the footage also raises important questions of law and order.

Yet above all, this has thrown up the conundrum of what to do when the law is not enough. There are no easy answers.

Nevertheless, a good place to start might be to stop talking of this as a purely South Asian problem. For from there, it is but a short leap to the ‘exceptionalism’ of this region. Which, is of course, another way of saying that this is just the way things roll in this part of the world. Whether a democracy or an Islamic Republic, if women want to effect change when it comes to being safe from sexual violence — the onus is on them to alter where they go, what they do, how they dress. And they absolutely should not take a nap under a tree, regardless of how weak they may be from having gone days without food.

Yet this is not an Indian problem. No more than it is a South Asian problem. The problem is one of patriarchy. And what men believe they can get away with.

Regarding the Harvey Weinstein abuse scandal, all those actors who knew but simply expressed sympathy when their female colleagues shared tales of indecent exposure or worse — they are no better than the voyeuristic bystanders on that Indian street

We only need to look at what is happening in the US right now to understand this. Thus far, around 60 women have come forward to accuse Hollywood producer Harvey Weinstein of unwanted sexual advances, assault and rape. This is not a question of absolving the Indian government from all responsibility by saying, look it happens there, too. But it is to deliberately point out that even when it comes to those who move in the most elite of circles; women are not physically safe from men in power who abuse that power just because they can. And all those A-list male actors who knew but simply expressed sympathy when their female colleagues shared tales of indecent exposure or worse — they are no better than the voyeuristic bystanders on that Indian street. Just because something is going on behind closed doors doesn’t mean it isn’t happening in public, not if sufficient people know about it. 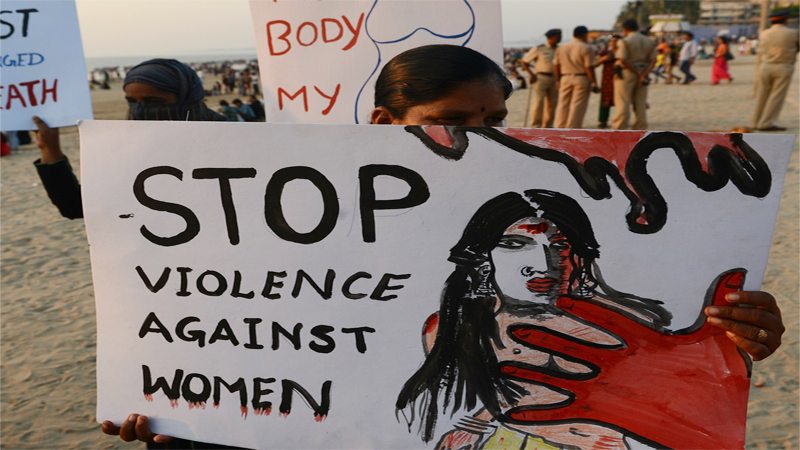 Of course, the Harvey Weinstein abuse scandal has shocked global media to the core. This could be because, as some leading activists have pointed out, nearly all the victims are famous white women. Indeed, reports are now emerging of how women of colour had long been complaining about the exact same level of abuse within the US film industry yet to no avail. Nevertheless, very often we have to grab the potential for change where we see it. Meaning that if such privileged women in the industrialised north are not immune to the sexual predatory behaviour of men who hold power over them — then we perhaps do need to rethink how we view rape in this part of the world. And this means resisting all charges of regional exceptionalism, which does nothing but dehumanise women here. The Weinstein case, like that of former IMF chief Dominque Strauss-Khan before him, also puts paid to the old quip about how illiteracy, poverty and lack of exposure and all that unmelodious jazz leads men in this part of the world to rape.

The patriarchy needs to be smashed wherever it is. And unfortunately, that is everywhere.