After three years of state sanctioned violence during which 465 people have been sent to the gallows, any move in the opposite direction is welcome news

Having recently has been elected a member of the United Nations Human Rights Council (UNHRC), and with its Universal Periodic Review coming up, Pakistan has decided to review the scope of the death penalty and considered reducing the number of capital offences. At present there are 27 offences that are punishable by death. Among these are offences such as railway sabotage, arms trafficking and drug smuggling. It is also worth mentioning that at the time of the partition of Hindustan Pakistan had only three offences which were punishable with death.

After three years of state sanctioned violence during which 465 people have been sent to the gallows, any move in the opposite direction is welcome news. Pakistan has become a member of the UNHRC for two years during which it will try to reduce capital offences and determine the scope of capital punishment. This undertaking was put forward by Pakistan to the international community at the time it was contesting elections to the UNHRC.

In the wake of the Peshawar massacre — wherein 144 school children were brutally murdered, the state of Pakistan had decided to reinstate the death penalty. Pakistan, in consultation with all relevant stakeholders introduced the 21st constitutional amendment wherein military courts were formed to handle terrorism related cases. The government and all relevant stakeholders then contended that only inmates convicted of heinous terrorism offences would be executed. Since 2014, Punjab has carried out 83 percent of all executions.

The lifting of the moratorium in 2014 was a big decision for Pakistan because the last PPP coalition government in 2008 placed a complete moratorium on the death penalty because of immense international pressure. In sheer ignorance of its international obligations Pakistan reinstated the death penalty in 2014and started executing convicts. There are 8,000 death row inmates across Pakistan most of them are convicted on ordinary criminal offences. 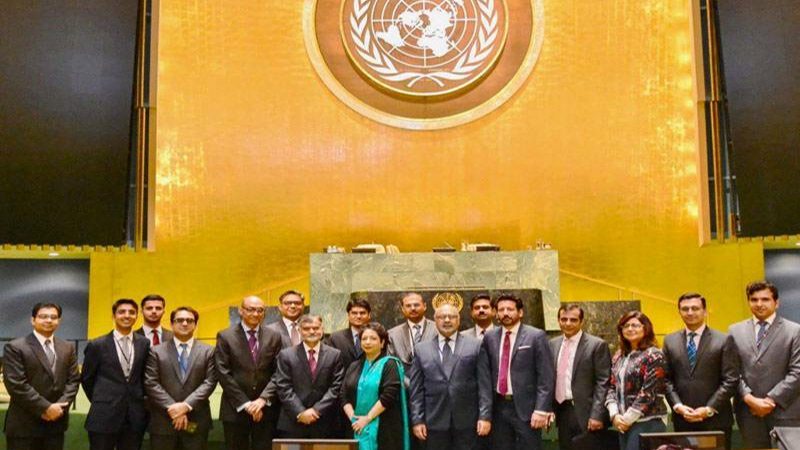 Pakistan has now become a member of an important council of human rights,it is therefore pertinent for Pakistan to consider its decision regarding the reinstatement of the death sentence. Furthermore, it should also consider reducing the number of offences carrying the death punishment. It is a country where the criminal justice system can be easily manipulated as it has several abnormalities which range from the trial courts to the apex courts. People given the death penalty across Pakistan are from vulnerable and poor backgrounds. Executing such people should not be considered just. There is a strong view within Pakistan in favour of the death sentence which is obviously rooted in emotion. The government and other stakeholders should push up the level of human rights and human dignity and other stakeholders must raise awareness on human rights for bringing peace and stability in Pakistan.

The right to life cannot be forfeited or taken away by the state in any circumstance as it is a fundamental right that is given to man by nature. Generally, there is a big argument in favour of death sentences that it is the only solution for controlling the ratio of crimes and terrorism. But hanging people in the gallows enhances the level of violence in society. Pakistan and countries practicing the death sentence must introduce rehabilitation schemes for prisoners. There are many vulnerable prisoners who are suffering in Pakistan’s notorious jails such as Muhammad Iqbal who was a juvenile when he was convicted. Despite his young age, the trial court sentenced him to death in 1999.

He has been in jail since 1998, meaning he has spent about 21 years in jail. His second mercy petition is pending with the president of Pakistan. Another example is Abdul Basit, who has been in jail since 2002 and is best known for his disability among jail authorities. He is paralysed and cannot even move. Another case is of Kaniza Bibi is also worth considering. She is mentally incapacitated and has been behind bars for many years.All of her family is deceased. Another example could be of Imdad Ali who was a constable in the Lahore police. He is legally insane and has been languishing in Lahore jail for many years. Several other convicts from vulnerable and poor backgrounds are also kept in remand. Not only Pakistan, but other countries where the death sentence is practiced hang people from poor and vulnerable backgrounds.

The practice of the death sentence must be stopped in Pakistan as soon as possible. The criminal justice system of Pakistan is too inhumane and it’s fickle nature has taken the attention of international authorities. The Supreme Court of Pakistan acquitted a number of convicts on death row but they died in jail waiting for the pendency of their appeals. Pakistan should abolish the death sentence and move towards life imprisonment as an alternative to the death sentence. Becoming a member of UNHRC should be considered an opportunity to show the world that Pakistan can bring its humane image a step further.

The writer is an attorney based in Lahore, and can be reached at greenlaw123@hotmail.com