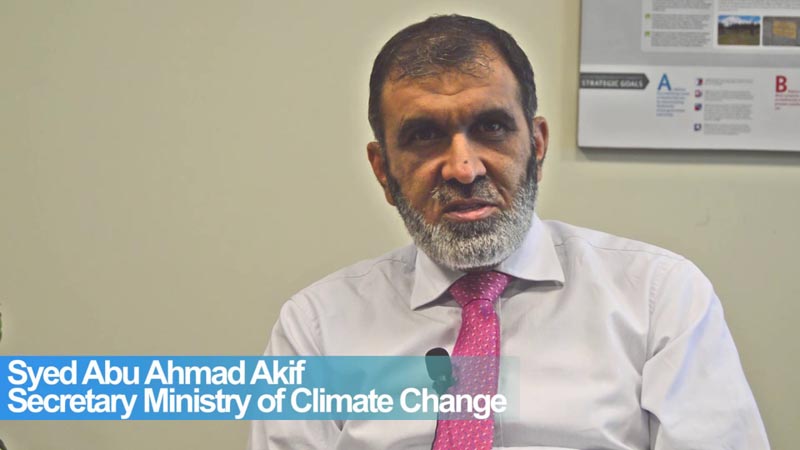 He was addressing a meeting during a specially convened meeting participated by Green Parliamentarians’ Caucus, government officials and representatives of civil society organisations. The meeting was held by Sustainable Development Policy Institute (SDPI) and Heinrich BOL STIFUNG (HBS) Pakistan.

“At present, Pakistan is facing huge economic loss that amounts to Rs 1 billion annually due to the impact of climate change, but very little resources are available with the government to respond to this situation properly,” he said.

He said that the innovation would play critical role in coping with multiple threats in the face of rapid climate change. While appreciating the support for climate change related issues by the parliamentarians, he expressed his hope that more such support would be available for the cause in future as it was much needed to deal with the challenges at various level effectively.

The federal secretary informed the audience that MoCC had lunched Climate Public Expenditure Review recent report for better tracking of climate public expenditure. He argued that the rapid rise of population was resulted as increased vulnerability of Pakistan in the face of climate change and its impact. He concluded that new water accountability mechanism should be developed to facilitate overall economy besides changing our social behaviors on how to respond climate change.

National Assembly’s Standing Committee on Climate Change Chairman Malik Muhammad Uzair Khan highlighted various drivers of climate induced challenges, role of parliamentarians and national as well as global policies as a way forward and planning for upcoming Conference of the Parties (COP-23). He said that we need to bridge the gap between parliamentarians and civil society organizations for addressing climate induced challenges and for the right policy actions.

Earlier, the SDPI Executive Director Dr Abid Qaiyum Suleri presented an overall outlook of climate change related impacts on Pakistan. He said that the frequencies of natural disasters have increased in recent years. However, we can tackle the situation with right policies and practices, he said.

He said that the upcoming COP-23 that would be held in Germany would be crucial platform for countries to devise adaptation and mitigation policies, financing mechanism and nationally determined commitments (NDCs). “Therefore, we need to focus on our national commitments and measures that could be taken to support it,” he said. He said that SDPI would continue playing its role and collaborated efforts with different stakeholders through research and advocacy on policy actions.