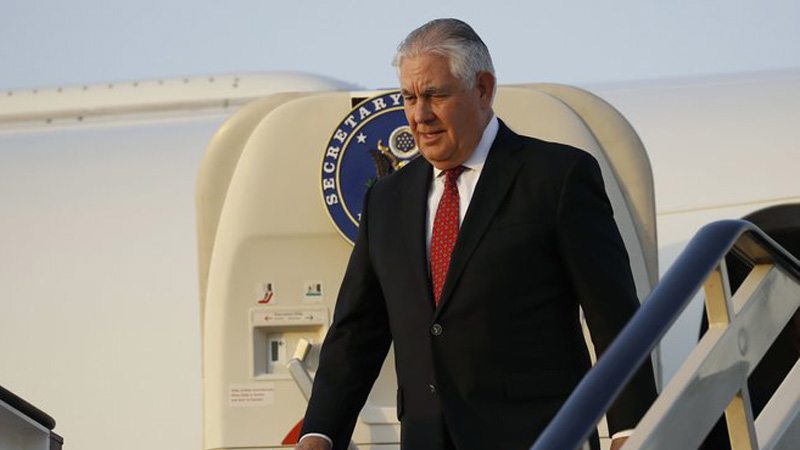 RIYADH: US Secretary of State Rex Tillerson arrived in Riyadh on Saturday to attend a landmark meeting between officials from Saudi Arabia and Iraq aimed at improving relations between the two countries and countering Iran’s growing regional influence.

The chief US diplomat flew into King Salman Air Base a little more than a week after US President Donald Trump unveiled a strategy to contain Iran and compel Tehran to agree to close what he charged are flaws in the multinational 2015 deal designed to prevent Iran developing nuclear weapons.

Tillerson’s only official meeting on Saturday was a working dinner with Saudi Foreign Minister Adel al-Jubeir. He was stopping in Saudi Arabia on the first leg of a six-day trip that will also take him to Qatar, Pakistan, India and Switzerland. His talks in Sunni Muslim-ruled Saudi Arabia and in Qatar were expected to be dominated by the topic of Shi’ite-dominated Iran’s growing regional influence.