Pakistan can also use the forum to highlight the plight of Rohingyas, the Palestinians, the Kashmiris and the Yemenis

On 16 October, Pakistan was elected as a member state of the United Nations Human Rights Council (UNHRC) — a Geneva-based inter-governmental body within the United Nations (UN) system made up of 47 States responsible for the promotion and protection of all human rights around the globe — by the body’s General Assembly, securing more than two-thirds of the vote.

The UNCHR — a subsidiary body of the UN General Assembly (UNGA) – was established by the UNGA on 15 March 2006 by adopting a resolution to replace the United Nations Commission on Human Rights which was strongly criticised for allowing countries with poor human rights records to be members.

This is the fourth time Pakistan has been elected to the Council — the first success came in 2006 with the inception of the UNHRC.

Pakistan’s Permanent Representative to the United Nations Dr Maleeha Lodhi was quite upbeat — rightly so as she and her team worked diligently for Pakistan’s case and deserves the credit for this triumph at a prestigious international forum – as she took to twitter and congratulated the country on its “diplomatic success”. Ms Lodhi — famous for her befitting response to the Indian rhetoric at UNGA as she called her ‘mother of terrorism’ — said, “This victory is a manifestation of the international community’s trust in Pakistan”. She also said, “This victory is a ringing endorsement of Pakistan’s strong commitment to human rights”.

Pakistan’s election to the August forum of UNHRC is, indeed, a great diplomatic success especially when its arch rival India has been striving hard to diplomatically isolate Pakistan in the committee of nations by unjustly blaming it for having connections with international terrorism. Ambassador Lodhi rightly said, “Pakistan’s election gives the lie to those who claim that Pakistan is isolated.”

On the domestic front, Pakistan needs to improve in two areas: the persecution of religious minorities and the issue of enforced disappearances

India has also been trying hard to portray Pakistan as a country with dismal human rights record by accusing it of gross human rights violation in Balochistan. Pakistan’s election to the UNHRC shows the unwavering trust of the international community in Pakistan as a responsible state defying indian efforts to malign Pakistan. Pakistan could show the world India’s involvement in Balochistan which uses proxies that target innocent civilians and commits gross human rights violations.

Pakistan could use this August forum to highlight the atrocities and gross human rights violations committed by the Indian troops in Indian-held Kashmir. Citizens there are subject to kidnapping, torture, mass-murder and other methods of state repression to deprive them of their inalienable right to self-determination.

Pakistan’s foreign policy has been based on the principle of supporting the oppressed, persecuted and marginalised communities. Be it the issue of Palestine, Afghanistan, Iraq or any other global conflict involving the persecution of a certain community, Pakistan has always stood with the oppressed. Pakistan could use the forum of UNHRC to highlight the plight of Rohingyas, the Palestinians, the Kashmiris and the Yemenis. 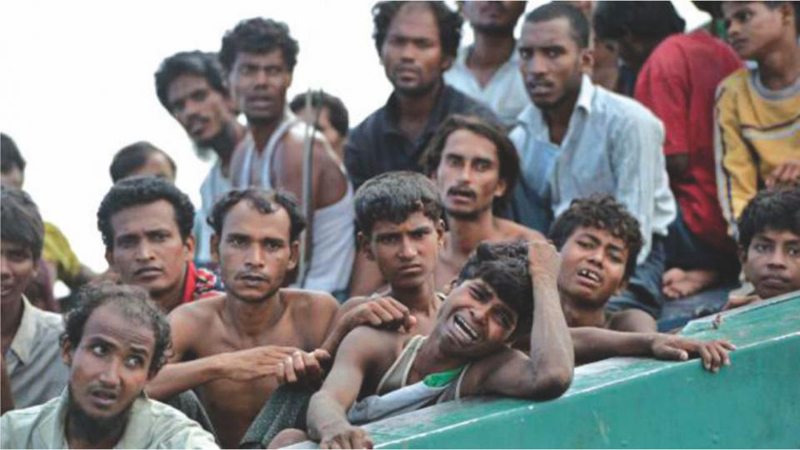 On the domestic front, Pakistan needs to improve in two areas: the religious persecution of minorities and the issue of enforced disappearances.

Although the religious minorities are much safer in Pakistan compared to neighboring India where a Muslim can lose his or her life for eating beef or practicing their religion, the Pakistani government needs to stop occasional incidents where religious minorities are targeted. The plight of Hazaras in Quetta — the capital city of Balochistan province of Pakistan — is no secret where terrorists have been targeting the Hazaras for their sectarian and ethnic identity and the government has failed to ensure the security of its citizens or arrest the culprits.

The Muslim minority sects in Pakistan also face a similar scenario. They have been constantly persecuted by extremists. It is in Pakistan’s national and international obligation to ensure safety of religious minorities.

Thousands of civilians have been picked up by law enforcement agencies for their alleged involvement in anti-state or sectarian activities. These have led to the thousands of cases of enforced disappearances and missing persons.

A Commission of Inquiry on Enforced Disappearances was established in March 2011 under Justice (R) Javed Iqbal — current Chairman NAB- as the president of the commission. The data of Commission of Inquiry on Enforced Disappearance showed that 3,915 cases were registered since the inception of commission up to 31st of March 2017; 2,652 cases were disposed of till March 31, 2017; 1,977 missing persons were traced, 360 cases were scrapped, and 315 cases of missing persons were dismissed due to other reasons.

Recently, the debate about Enforced Disappearances has resurfaced as the people from Shia community of Pakistan took to the streets to demand the release of Shia missing persons. So far, across the country, rallies, demonstrations and press conferences by the families of the missing persons have been reported in the Pakistani media who demanded that their dear ones should be produced before the court of law if involved in any illegal activity.

The state must listen to the grievances of its people and take remedial measures to ensure people can trust the state and its functionaries.

‘Perception is more important than reality’. The reality is that our intelligence and law enforcement agencies have rendered great sacrifices to safeguard this nation but the wrong perception of mishandling and abusing civilians is maligning and overshadowing their sacrifices. This needs to be addressed immediately.

Pakistan has a much better track record when it comes to human rights and is a much safer country than many, a little more attention of the concerned authorities about human rights could make it even better place to live.

The writer is a journalist and analyst based in Islamabad. He tweets at @kashifaliraza, he can be reached at meetkashi514@gmail.com