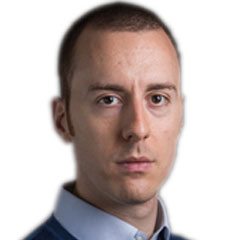 Because of the community’s small size, Muslims in Scotland rarely make it into the news. Often considered of little interest because of their political and geographic distance from the corridors of power in London they to be ignored by social commentators. This is a serious mistake, as Scottish Muslims form part of a larger community of post-WW-II migrants called the New Scots. They are largely integrated into the sociocultural fabric of their host society. In other words, Muslims in Scotland demonstrate — to use former Ambassador Akbar Ahmed’s words –‘how an indigenous society can live in harmony with immigrant communities’.

In combination, the migration, settlement and development of Muslim communities in Scotland examined in my book Muslims in Scotland: The Making of Community in a Post-9/11 World suggests a trend of generally positive life experiences in the country. This is despite the ongoing challenges that trouble Muslim communities in the post-9/11 world. The book’s examination of numerous factors neither promotes the myth of Scotland as a land of absolute tolerance nor overlooks the difficulties in socialisation, the ethno-religious discrimination and the internal problems that trouble the Scottish Muslim community. Similarly, Scotland should not take all the credit for its successes, as it is located within a larger multinational state, the United Kingdom, which has managed to foster a forward-looking multicultural society. However, while certainly imperfect, Scotland is nonetheless a relatively successful model for the integration of Muslim communities in a European country.

Some markers of integration demonstrate that Muslims in Scotland have settled in the country quite easily and these are examined here. The Muslim community is very small, about 77,000 people according to the 2011 Census and this has resulted in relative invisibility within the wider religious landscape, thus avoiding notable clashes with the Scottish majority. The Pakistani component of the Muslim community, which forms the majority, has avoided clustering on an ethno-religious basis, save for the Pollokshields and Govanhill areas in Glasgow. This geographical dispersal has facilitated the phenomenon highlighted by social theorists in ‘contact theory’: the greater the familiarity of people of different ethnic groups with their neighbours, the more likely it is that immigrant communities will be accepted into the host society. A country that has historically identified its enemies as the ‘white and Catholic’ members of society rather than the ‘brown and Muslim’ ones, Scotland has helped the latter become an integrated part of its society and has facilitated contact between Muslims and ethnic Scots.

The Muslim community in Scotland is very small. There were about 77,000 Muslims in the country according to the 2011 census. Their small number has resulted in the relative invisibility of the community within the wider religious landscape

Importantly, Muslims have helped this process too. Pakistanis, many of whom migrated from the affluent area of Faisalabad in Punjab, have often been self-employed, never really entering into competition for public services in the 1950s and 1960s. During the troubles related to the Rushdie Affair in 1988-1989 and the riots in 2001 and 2011, they stayed away from the streets, unlike their English counterparts, who engaged in violent action. As a former Member of Parliament Mohammad Sarwar remembers in his autobiography, South Asians and white people did clash at times in Scotland, notably in Pollokshields in 2003, but these disturbances never reached the levels of rioting witnessed in English cities such as Birmingham and Bradford.

Bashir Maan moved up the ranks from his position as a travelling salesman to become the director of a grocery store chain, and later, to be elected as, first, a Justice of the Peace in Scotland in 1968 and, second, a Muslim councillor in Great Britain in 1970. His trilogy of books documents the lives and the memories of numerous Muslim pioneers in Scotland. In his autobiography, Mohammad Sarwar reminisces about his rise to fame and political power from the hardship of his childhood and teenage years in rural Pakistan. Sarwar migrated to Glasgow aged twenty-four, in 1976, and built a wholesale cash and carry business empire with an annual turnover exceeding 200 million Pounds. His election as MP for Glasgow Govan in 1997 catapulted him to the forefront of British politics and his oath of allegiance on the Qur’an, in the House of Commons, made history. His re-election in 2001 (Glasgow Govan) and in 2005 (Glasgow Central) reaffirmed Sarwar’s prominence within the Labour Party. More recently, he served as Governor of Punjab in Pakistan before resigning in January 2015 and joining Pakistan Tehreek-e-Insaf (PTI), a centrist political party promoting social welfare in February of the same year.

The stories of these two Muslim pioneers are now written in the history books. This happened at a very delicate time in the history of Islamic-Western relations, the generally positive relations between Muslims and many non-Muslim Scots bolster the notion of Scottish acceptance. By reducing the existing strain on Muslims’ visible diversity, Scotland has attempted to mobilise its porous sociocultural boundaries in the shaping of a sense of Scottishness that is civically inclusive and that allows people of different cultures and faiths to call Scotland their home. However, the success stories of Bashir Maan and Mohammad Sarwar should not overshadow historical problems of ethno-religious discrimination, the threat posed by violent extremism and forms of fragmentations that trouble the Muslim community. The recent cases of Aqsa Mahmood and Abdul Rakib Amin, who joined the Islamic State (IS), and last year’s murder of Asad Shah, a member of the minority Ahmadia Muslim community in Glasgow, are telling examples. For any analysis of Scottish society and its Muslim community to be credible it must overcome the country’s amnesia regarding its history of prejudice towards non-native Scots and acknowledge the need for open discussion of the problems that trouble today’s Muslim communities.

The writer is an Italian-British author and Fellow of the Royal Society of Arts. He is the author of Muslims in Scotland: The Making of Community in a Post-9/11 World, published by Edinburgh University Press in 2016 and shortlisted for the 2017 Saltire Society Best Research Book of the Year Award