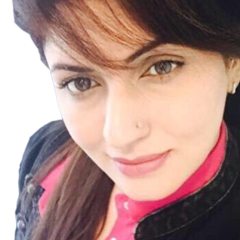 Respect the white in the national flag

How can we expect a better and progressive Pakistan when our parliamentarians are spewing venom against our own minorities instead of giving them the respect they are due as citizens of the country?

The Constitution describes Pakistan as an ‘Islamic State’. It is a predominately Muslim country but there are several non-Muslim groups living here as citizens. Pakistan’s Constitution supposedly stands for equality of all citizens irrespective of religion, caste, region, tribe language and gender.

Yet, we see that Pakistan has become an increasingly dangerous country for religious minorities. Discrimination on the basis of religious differences is becoming a serious issue in the country. Shias, Christians, Hindus and Ahmadis as well as other religious groups in Pakistan are routinely discriminated against. But the recent outrageous statements of Captain (retd) Safdar, son-in-law of former Prime Minister Nawaz Sharif, in the National Assembly against the Ahmadia minority has stunned many in the country, including his party colleagues. The suited booted gentleman called for a ban on hiring Ahmadis in the armed forces and judiciary.

From private gatherings to dining-table discussions at home and from chai dhabbas to social media, several Pakistanis have expressed concern and asked, “how can we expect a better, progressive Pakistan when our parliamentarians are spewing venom against our own minorities instead of giving them the respect they are due as citizens of the country?” During our childhood, we are taught that Pakistan’s flag has the white strip to represent the country’s religious minorities. But it looks like that despite the white strip being a constant in our national flag; we don’t actually accept it whole heartedly. The population of minorities in Pakistan has been shrinking since the country was founded. A significant number has migrated, because of growing hatred,reduced constitutional rights and the increasingly bigoted Muslim majority in Pakistan.

It’s an open secret that Safdar is not much liked within the higher echelons of the party. Many lawmakers in Pakistan believe that since Safdar has done nothing significant in politics so far, he has used the Ahmadia community to get his presence noticed

During his speech, Safdar also called for Nobel Laureate Dr Abdus Salam’s name to be delinked from Quaid-i-Azam University’s physics department, which has recently been renamed by his own father-in-law in honour of the celebrated Pakistani scientist. The grounds for the lawmaker’s objections being the scientist’s Ahmadi faith. Does Safdar know anything about Salam’s struggle and achievements? Does he even know that there is a Route Abdus Salam in Geneva, Switzerland? In the recent past, a sculptured bust of Abdus Salam has also been unveiled at the International Atomic Energy Agency headquarters in Vienna.

I seriously doubt that the captain knows about Ahmadis and their services and sacrifices for Pakistan. Ahmadis played a leading role in serving Pakistan when the country was still young,  from the first foreign minister of Pakistan, Sir Muhammad Zafarullah Khan (also he was the first representative of Pakistan in United Nations) to Major General Iftikhar Janjua, who died during combat fighting for Pakistan during the 1971 Indo-Pak war. He was awarded Hilal-e-Jurat, Sitara-i-Pakistan and Sitara-i-Quaid-i- Azam. Zafar Ahmed Chaudhry, a three star Air Force officer, was the founding member of Human rights’ Commission of Pakistan and won the Sitara-i-Quaid-i-Azam. Lieutenant General Akhtar Hussain Malik, commander for Operation Grand Slam in the Indo-Pak war 1965, was also awarded Hilal-i-Jurat. There are many other officers who belong to the Ahmadi community and served this country as sons of soil. So what is the reason behind Safdar’s outburst? Is it pure politics or does he actually believe in the trash he propagated? Or is he trying to play his own political card to divert the attention from allegations of corruption? No one can be sure, but there are some clues.

It’s an open secret that Safdar is not much liked within the higher echelons of the party. Many lawmakers in Pakistan believe that since Safdar has done nothing significant in politics so far, he has used the Ahmadia community to get his presence noticed. Whatever he’s up to, this tactic to attack minorities can result in dangerous consequences for his party and the nation in the long term. The voices of anti-Muslim populists, such as Donald Trump in the US are already very loud. They will find it easy to argue that the West is being asked to extend tolerance to Muslim immigrants which Muslim nations seem unwilling or unable to extend to religious minorities in their own midst. It is time that we started respecting the rights of all minorities and deprived people in the country to establish a liberal and pluralistic society in Pakistan. All minorities are to be treated as equal citizen of the state.

The government should ensure that minorities face no problems and the rights and privileges of the minorities are fully protected. They should enjoy freedom to practice their religion. Such measures are bound to bring goodwill for the local population and help to promote a democratic and progressive image of the country.

The writer started her career as a news caster and currently works with the BBC world service as a freelance producer. She tweets at @NaziaMemon01