When the media industry fell into its own trap

The white skirt Mahira Khan was seen wearing in pictures of her smoking with Ranbir Kapoor revealed more than just her legs. It exposed a societal phenomenon that has existed for a long time; slut-shaming. This phenomenon can start off as something small, like telling a woman off for not being able to follow a dress code, but can lead to something as nonsensical and traumatic as blaming a rape victim for ‘provoking’ the rapist. The tags used while slut-shaming can vary according to regional languages and dialects, but it’s intent and intensity remains constant.

Mahira’s ‘scandal’ has compelled us to ask a few questions; what has been our media’s role in justifying slut-shaming by staying silent, if not outright encouraging the practice? Why is our media and entertainment industry lamenting victimisation after having played a significant role in promoting the idea since forever?

Faiz Ahmad Faiz in an essay of his titled ‘National Art and Culture’ explicitly explains that although cultural problems are not related to the arts alone but the latter does constitute a fundamental part of the socio-economic problems characteristic to every society.

Slut-shaming can start off as something small, like telling a woman off for not being able to follow a dress code, but can lead to something as nonsensical and traumatic as blaming a rape victim for ‘provoking’ the rapist

“Art thus has an important dual political role”, he states. “Internally it holds up the mirror to a nation or society and helps it to discover its own image and its own personality. Externally it provides the most potent means to establish the identity of a nation in the international confraternity.” Therefore, in Faiz’s opinion, art is an important medium of national projection and interpretation of national thought.

In other words, all forms of art, including media and entertainment industry, are responsible for identifying the problems that exist and persist in one or all factions of a society and proposing their implementable solutions. While doing this, the respective medium has to take up the additional task of nipping the evil in the bud and ensuring that the evil is contained and not disseminated. This is exactly what our media has failed to do.

Which South Asian family has not watched and enjoyed the much celebrated Dil Walay Dulhanya Layjaengay? A movie about an unmarried couple eloping, against all cultural norms. Most don’t mind watching it and other movies of the same genre with their kids seated on the same sofa. And when these kids grow up to become Rajs and Simrans, we blame them for indulging in an unforgivable societal evil. When we cannot tolerate a Raj in real life then why do we idealise his character? When it comes to educating children, two and two do not always make four. It is not as simple as it seems to separate what you watch and how you act. Contemplation and reflection come somewhere in the middle. And it is during this process that the youth fantasise about such lives and dream about living one.

This is exactly what has been exposed after the ‘cigarette-and-white-dress’ scandal. I hope Mahira’s famous play Humsafar and her character, Khirad, are still fresh in our minds. Who among us did not admire her beautiful eastern dresses with churi’daar pyjamas and full sleeves? How convincing was the straight sectioning of her hair that made us believe in her innocence and irreproachability!

And on the other hand we had Sara, an equally beautiful woman but one who preferred western attire to traditional. Short shirts, long frocks, jeans, tights, and the latest hairdos. By calling it the ‘requirement of her character’ what are we actually associating such apparel with? That open-minded, morally wretched, promiscuous women tend to represent themselves through such attire because it gives them some sort of sense of freedom? This is what has exactly been fed into our minds all these years! 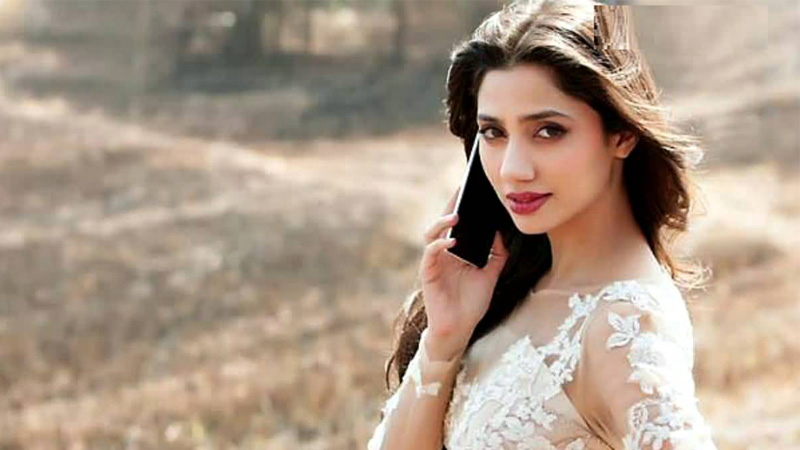 And now, when the propagators of this message, the beloved actors of ours, have fallen into their own trap what are they complaining about? How can a short dress all of a sudden become an actor’s personal choice when the fraternity itself has never bothered to shun the idea of judging women by their clothes through dramas and movies? This is what the responsibility of our media actually was: to not let the mentality of one section of society disseminate to other factions. And this is exactly where it has miserably failed. The fallout of this folly has only started to emerge.

All forthright individuals with sane minds stood up against the judgments that were given by the opposing faction of society over this ‘issue’. But, as simple as it seems, this incident was particularly important to bring into the corrective role that media should actually be playing into the spotlight.

The writer is a student of Biotechnology with an interest in current affairs, politics and journalism