Historic Pasni graves could be a gateway to ancient civilisations

The coastal city of Balochistan, Pasni has its own interesting history owing to its unique geographic position.

It’s located on the Makran Coast on the Arabian Sea around 450km from Karachi. Pasni is a small fishing town and a tehsil of Gwadar district. Yet Pasni’s history has not been appreciated and remains underestimated.

Pasni has been a gateway to South Asia for several adventurers and colonial powers as many expeditions passed through Pasni. Whether you speak of Alexander the Great’s expedition in 326BC along with his admiral Nearchus or talk about attacks by Arab Pirates in the 15th Century, or Portuguese attack of the 16th Century or the colonial invasion of the English in the 19th Century, all of these invaders passed through Pasni.

The recently discovered ancient graves clearly bear traces of foreign culture and civilisations. Some of these graves lie to the southwest of the city. These are very different from the local Muslim graves and are located at considerable distance from the local graveyard. 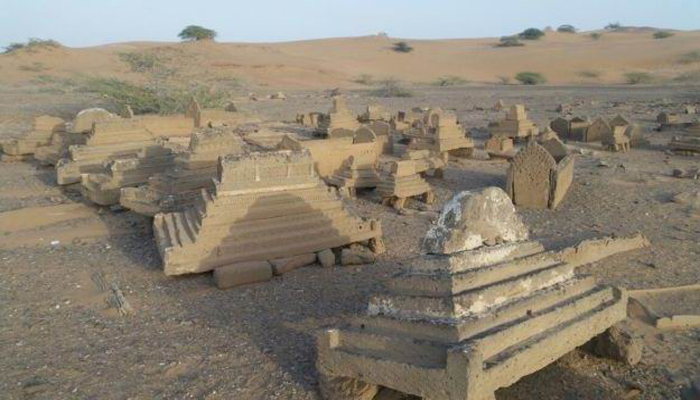 He added, “When we closely observed the grave stones, it seemed that these were brought from the Zarain Hill located near the coast.” According to Akram Khan, camels or boats might have transported these stones here.

The recently discovered graves clearly bear traces of ancient cultures and civilisations. Some of these lie to the southwest of the city. These graves are very different from those found in a graveyard under use of the Muslim residents of the city

Karim Bakhsh, 75, a local of Pasni with an interest in archaeology, has a different point of view about the graves. “The Baloch fighters who fought against the colonial advance of English Empire are buried here in these graves,” he said.

He explained, “When we cleaned and polished these stones, we could clearly see Islamic kalmas and names inscribed in Persian.” It may be noted here that a vast majority of Balochs migrated from ancient Persia and settled in Makran. They used to speak both the Persian and Balochi languages.

More graves have been discovered to the east of the city. It is said that these graves are of Bedouins and Portuguese who were killed in a combat against Balochs. 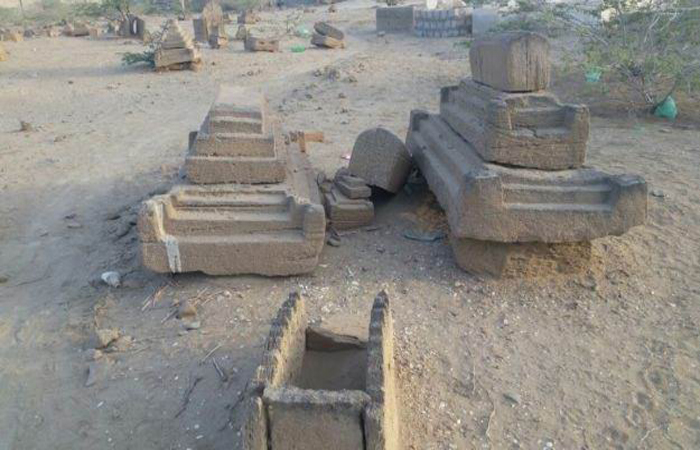 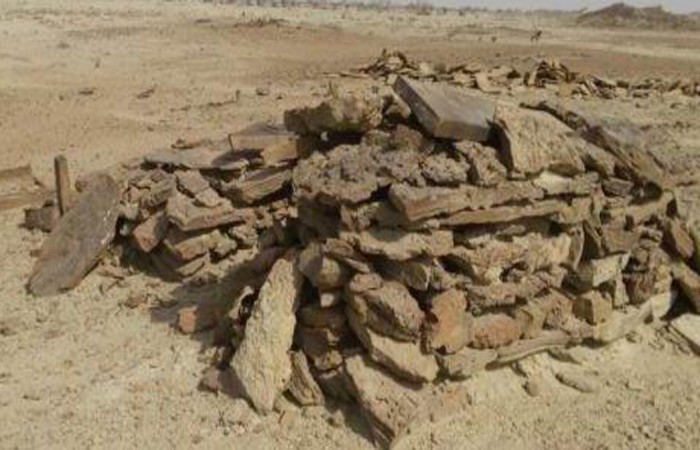 There are a variety of graves at the site, highlighting that different civilisations may have lived here 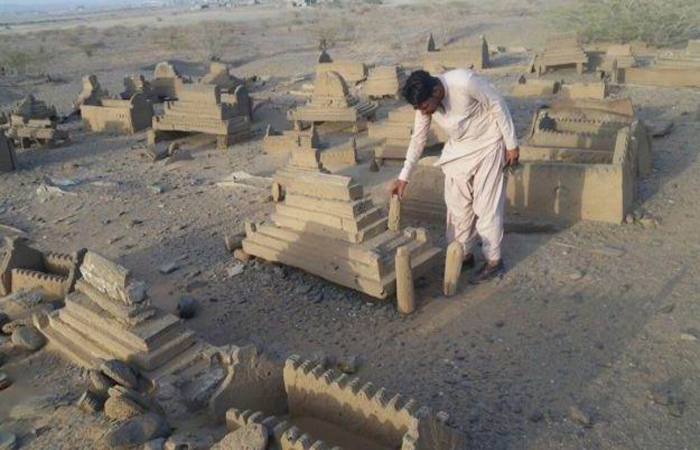 These graves are found in the southwest of Pasni city

The article originally appeared in PakVoices. The writer is a citizen journalist based in Pasni, Gwadar. All the photographs have been provided by the him