The federal government has appointed Secretary Muhammad Younus Dagha to initiate disciplinary proceedings against Rao Tehseen Ali Khan, a grade 21 officer of Information group, to investigate his alleged role in the Dawn leaks chronicle. Earlier, the government had removed special assistant to prime minister Tariq Fatemi, and federal minister for information and broadcasting Pervaiz Rasheed for his alleged role in publishing a controversial story. Documents available with this scribe indicate that secretary to prime minister Fawad Hasan Fawad has issued the letter of disciplinary proceeding against Rao Tehseen Ali Khan.

Tehseen has been directed to report to the Establishment Division. Former PM Nawaz Sharif had directed to initiate departmental action against Tehseen. Earlier, services of Rao Tehseen had also been given to Ministry of Information and Broadcasting’s disposal for the period of six months as special duty officer. Documents added that in this regard, a post of officer on special duty in grade 21 was created in the said ministry initially for the period of six months. 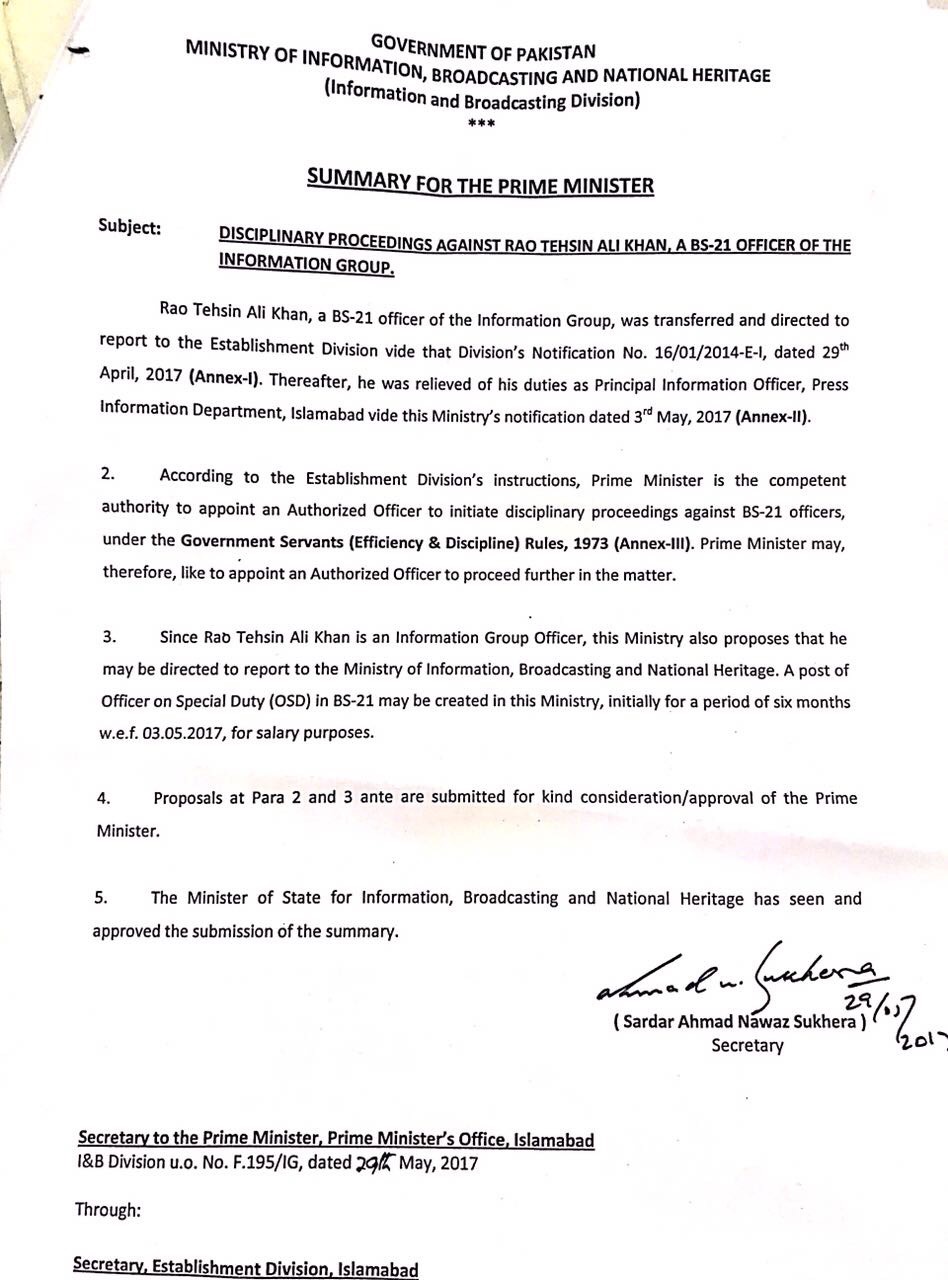 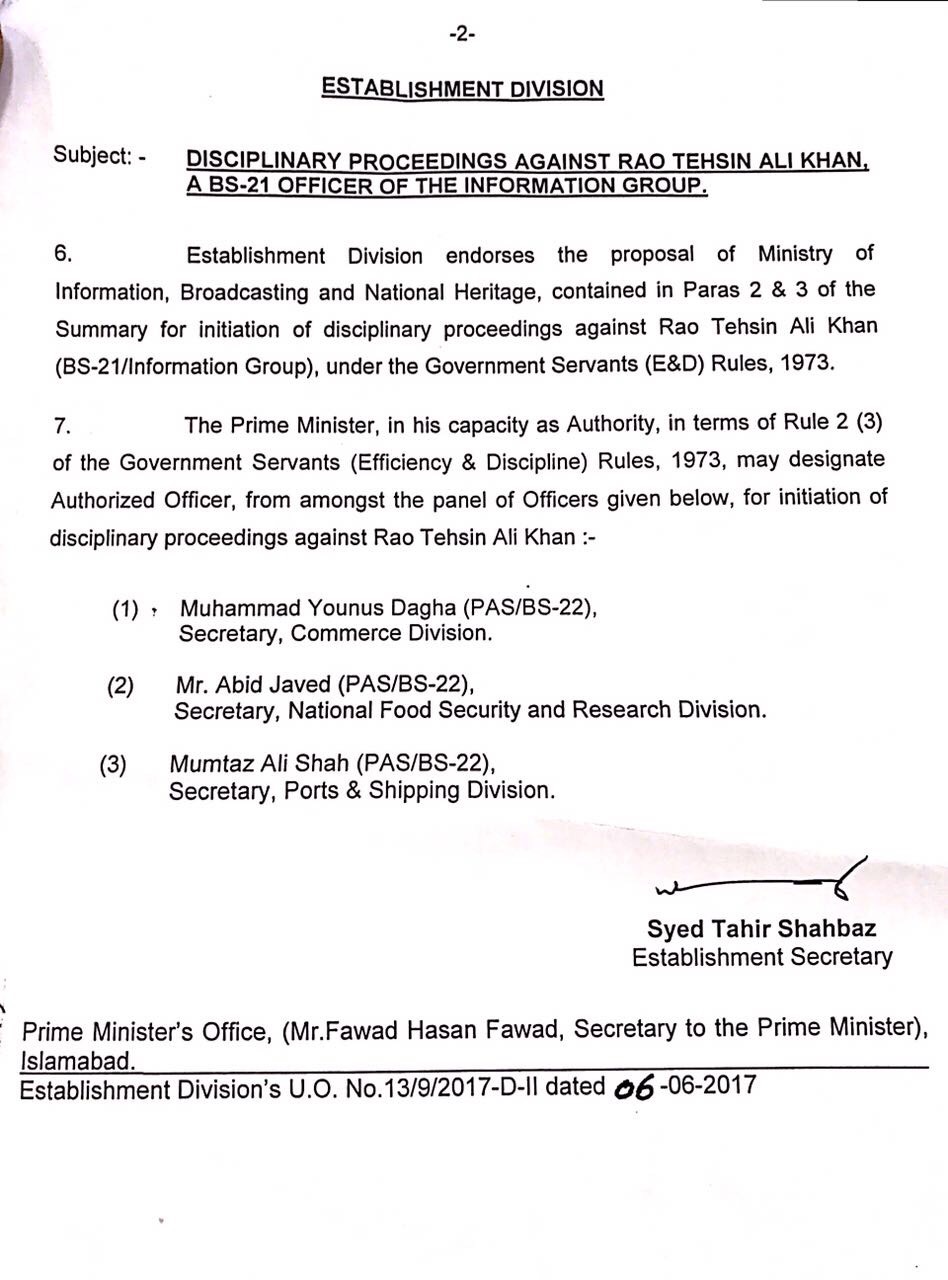 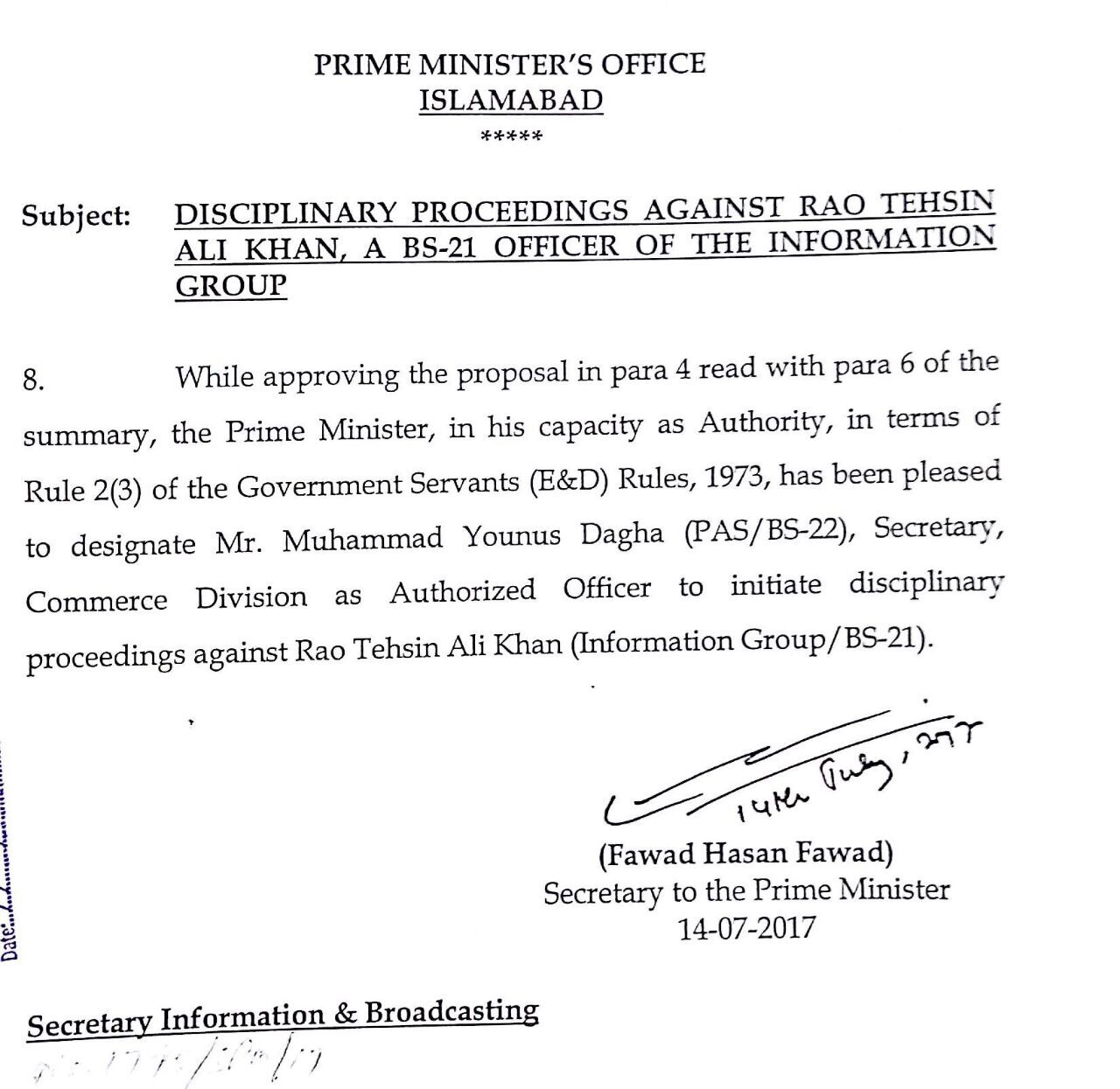