As the Hindu minority in Pakistan is celebrating the festival of Rakhi Bandhan to mark the bond of love between a brother and his sister, religious festivity can be seen among the Hindu community of Cholistan in Southern Punjab’s Rahim Yar Khan district. 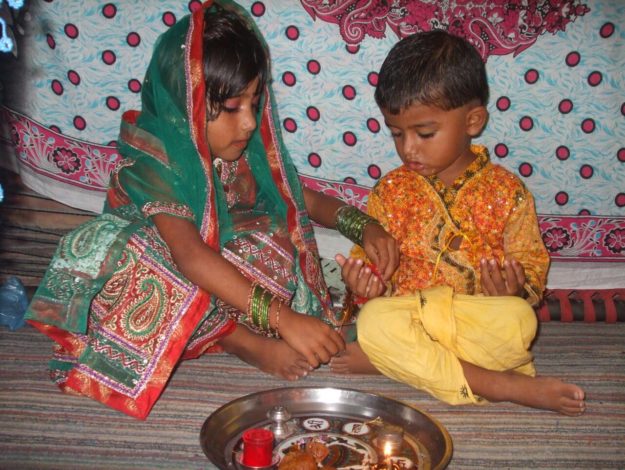 There is a vibrant Hindu community living in the Cholistan Desert for centuries.

According to tradition, girls can tie a rakhi thread to their brothers or to someone they regard as their brother. In return, the brother gives a token gift and promises to protect her from any problem.

Raksha Bandhan dates back to the Vedic period. It is a religious festival of Hindu community to celebrate bonds of love and duty between siblings

The Rakhi festival dates back to the Vedic period, which is a religious festival of Hindus, celebrating the love and duty between a brother and his sister. 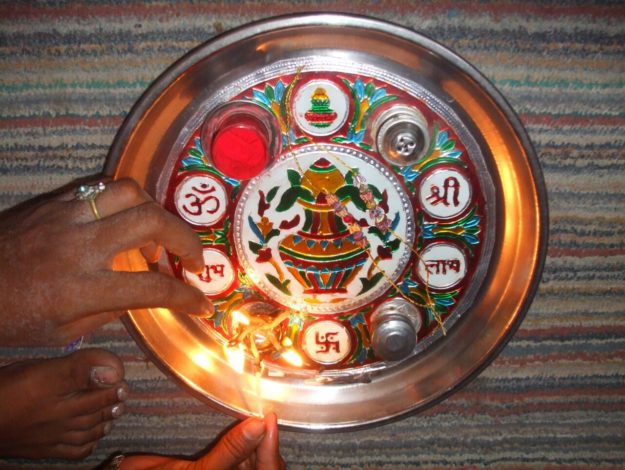 Rakhi is also known as Raksha Bandhan, which means a bond of protection. The festival is observed on a full moon in the month of Shravana as per Hindu calendar.

The article originally appeared in PakVoices. The writers are citizen journalists based in Rahim Yar Khan.