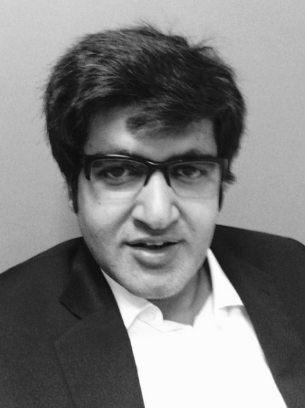 Rohingya Muslims  what are we waiting for?

The downfall of Muslims in India reached a devastating low in 1857, with the expulsion of the last Mughal Emperor, Bahadur Shah Zafar, by the British. He spent his last years in Rangoon in Burma and which, today, is known as Myanmar. He never forgot his native land and longed till the end to return. However, he died in exile and remains buried in his adoptive homeland. Yet ever the maverick poet – the Emperor in exile put pen to paper to record his anguish:

This verse of sorrow today has added meaning for the more than one million Rohingya Muslims in Myanmar. Despite having lived for centuries in this former British colony they have never been accepted by the majority Buddhist population. Indeed they have been denied citizenship, virtually rendering them a stateless people. Moreover, there have been years of persecution, mass rapes and untold slaughter. Today much of the world is calling this genocide, a crime against humanity. And it is true. This is the world’s most persecuted minority.

The state-backed violence has made the Rohingya run for their very lives, with hundreds of thousands having fled to neighbouring Bangladesh – more than 18,000 in the last week alone. And the nightmare doesn’t end there. Those living in large refugee camps in that country are said to be facing additional pressure from an unwelcoming government. Others have risked their lives to go by sea to Malaysia in small fishing boats, taking the tally of refugees there to over 150,000. Those trying to escape to India have found all doors firmly shut by PM Modi. Karachi, for its part, also has a sizable Burmese Muslim population who settled there in the years of migration.

Yet the Rohingya are waiting still. As is the world.

Noble Prize winner Aun San Suu Kyi faces global criticism for not condemning the persecution, let alone failing to stop it. Fellow Nobel Laureate Malala Yousafzai has told her that the world is waiting for her to actively intervene. Yet so, too, are the Rohingya waiting for their fellow Muslim brethren to come to their collective rescue; for the rich Arab nations to fund relief camps, for the OIC to rise like a lion from its slumber to condemn the genocide, for the Islamic Military Alliance that our very own General Raheel Sharif has set off to lead to do the needful; for the Prime Minister of the only nuclear-armed Muslim nation to offer just a few words of consolation; for the UN to go beyond mere rhetoric; for the whole world to wake up and see the bloodshed.

Thus far, very few Muslim world leaders have chosen to stand up and speak out for this voiceless Muslim minority group. The Turkish President was one of them. Delivering a speech in Istanbul recently, Recep Tayyip Erdogan noted: those who close their eyes to this genocide, perpetuated under the cover of democracy, are its collaborators.” He vowed that Turkey would continue to send aid to the Rohingya. Indonesia and Malaysia began diplomatic efforts to urge the Myanmar government to end the atrocities. Even Pope Francis lamented their plight, observing the “sad news about the persecution of the religious minority of our Rohingya brothers”. Thousands of ordinary Muslims have also taken to the streets in Jakarta, Grozny and Istanbul in spontaneous shows of solidarity.

The Rohingya are waiting for the rich Arab nations to fund relief camps, for the OIC to condemn the genocide, for the Islamic Military Alliance to do the needful

Yet when it comes to the West, compassion is to be rationed. Meaning that headlines prioritise the killing of a few white men above the butchering of a whole people in a faraway land. And Hurricane Harvey, too of course, merits extensive media coverage – right down to the very last details of pet dogs and horses being rescued from the floods. After all, when the lone superpower is hit the whole world pays attention.

So what can we do?

We in Pakistan have kept our protests limited to social media. None of the politico-religious parties, vocal civil rights activists or feminist groups, students or lawyers for that matter, have taken to the streets. At the risk of speaking for my compatriots, I must say not many in our nation of run-down schools and flashy metros would be able to place Myanmar on the world map. Or, indeed, be aware that it once went by the name of Burma.

So, again, I ask: what can we do? It is a question that echoes throughout Pakistan. Our media – when it takes a break from special Eid broadcasts – can surely find the time to highlight the gravity of what is happening right in our regional backyard. It can and must compel the government to not simply pay lip service to this immense suffering. In other words it must also act. As a first step it should provide relief support to a Muslim population under fire.

Any cabinet member with even the smallest hint of a conscience can urge the government to raise the issue with other concerned Muslims nations, while at the same time issuing strong statements in support of the Rohingya and by contrast reprimand the Myanmar regime at the diplomatic level. It is an opportunity for Pakistan’s newly-elected Prime Minister and powerful generals to make a few harsh statements in order to keep the issue under the spotlight. To his credit, Imran Khan’s criticism of the violence has extended beyond social media to include his recent interviews with foreign and local media, thereby voicing the concerns of millions of young Pakistanis.

Lastly, we as a nation need to learn to stand up and protest when it is most needed. May God be with the Rohingya Muslims!

The writer is a University of Warwick graduate, faculty member at the University of Lahore, businessman and a concerned citizen of Pakistan